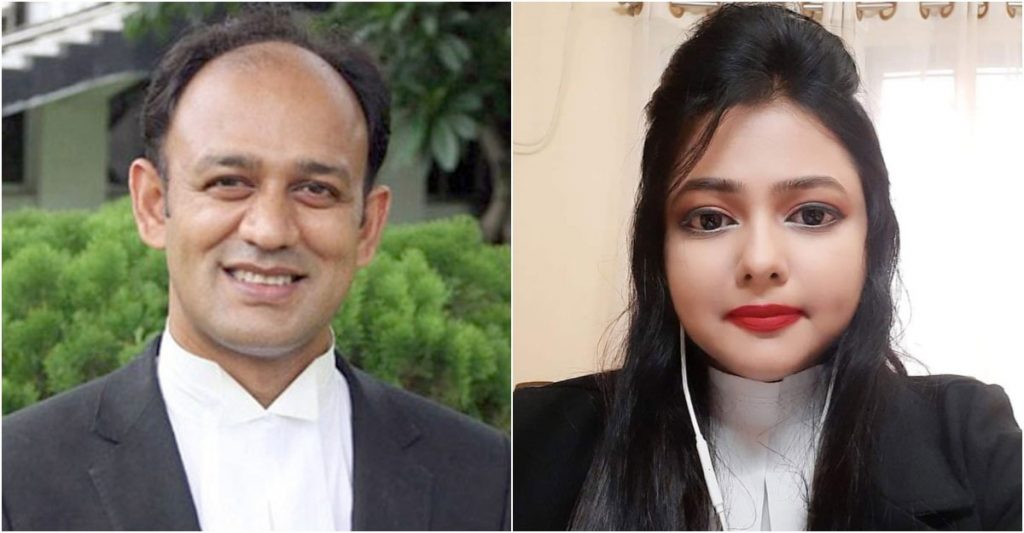 Barrister Jumman Siddiqui also failed several times in taking part in the lawyer admission test. The Bangladesh Bar Council published a gazette declaring him a lawyer of the High Court.

Two lawyers filed a writ petition against it. The court later ruled the gazette was valid. That verdict has been published. Barrister Syed Syedul Haque Sumon and advocate Ishrat Hasan were fined Tk 100 each.

The six-page verdict was recently signed by Justice Govindra Chandra Tagore and Justice Mohammad Ullah. A copy of the verdict was received by Dhaka Post on Wednesday. The verdict cited two lawyers as the reason for the fine.

Although the petitioners in the case are lawyers of the Supreme Court, they have not been personally harmed in the case of Jumman Siddiqui with the permission of the High Court. People of all walks of life were not harmed by this permission. Therefore, the petitioners have no locus stand to sue.

During the trial, the petitioners made offensive remarks aimed at Jumman Siddiqui’s family, his lawyer and a High Court judge. The petitioners have questioned the judicial process of the court. This has tarnished the image of Jumma Siddiqui and his family.

Jumman Siddiqui has been barred from practicing in the High Court and deprived of the right to freedom of profession enshrined in Article 40 of the Constitution. Huge fines should be imposed on the petitioners. But considering their age and the duration of their professional experience, they were fined 100 rupees each.

On November 8, 2020, the High Court ruled that the publication of the gazette of Bangladesh Bar Council was valid. The court also fined the barrister Syed Sayedul Haque Sumon and advocate Ishrat Hasan Rs 100 each. A High Court bench of Justice Govindra Chandra Tagore and Justice Mohammad Ullah passed the order.

At one stage of the hearing of the writ case, the court also issued a contempt of court rule against Barrister Syed Sayedul Haque Sumon and Advocate Ishrat Hasan over the Facebook post. The judgment of the High Court was later stayed by the Appellate Division.

On November 21, 2019, a writ petition was filed against the High Court judge’s son, Jumman Siddiqui, directly challenging the validity of the High Court’s declaration of a lawyer, despite repeatedly failing the lawyer admission test. Lawyers Syed Saidul Haque Sumon and Ishrat Hasan filed the writ petition.

In the writ petition, it is said that the son of the High Court judge could not succeed even after taking part in the Bangladesh Bar Council examination several times. Jumman Siddiqui. However, on 19 September 2019, he was directly included as a lawyer of the High Court and on 31 October 2019, a gazette was published.