Shares of the entertainment company rose 5% in after-hours trading. Before the earnings report, shares were roughly flat from the start of the year.

“We are still bullish about our parks business going forward,” CEO Bob Chapek said on a call with analysts. Reservations are currently outpacing attendance for the quarter that just ended, executives said.

Florida, home to Walt Disney World, is the epicenter of the latest U.S. COVID outbreak, posting record cases and hospitalizations in recent days.

Disney was more optimistic than some other companies about the Delta variant’s impact on operations. Southwest Airlines(LUV.N) and vacation rental firm AirBnB(ABNB.O) both warned that the surge in cases could hurt their businesses. read more

For April through July 3, Disney posted earnings per share of 80 cents, excluding certain items. Wall Street had expected 55 cents, according to the average projection of analysts surveyed by Refinitiv.

Net income for that division, which includes consumer products, reached $356 million, compared with a loss of nearly $1.9 billion a year earlier when many Disney parks were closed. The U.S. parks eked out a profit of $2 million, while international parks lost $210 million. 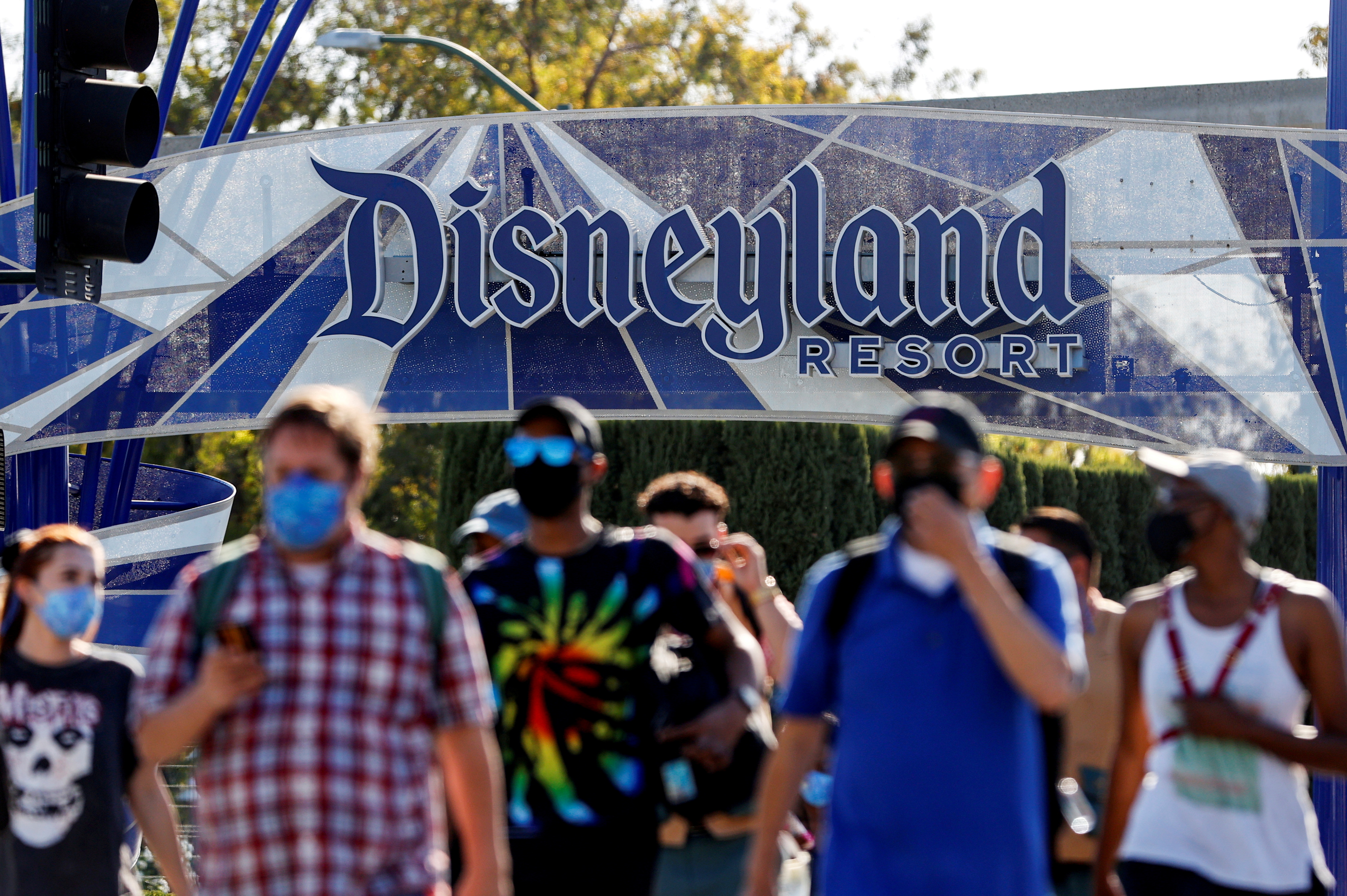 A smartphone with displayed “Disney” logo is seen on the keyboard in this illustration taken March 24, 2020. REUTERS/Dado Ruvic
Read More

“We think Disney’s U.S. parks breaking even this quarter is an important turning point for the entertainment giant,” Nicholas Hyett, equity analyst at Hargreaves Lansdown. “It has weathered the storm, and strong results from the parks have helped it beat analyst expectations.”

Disney has staked its future on building streaming services to compete with Netflix Inc (NFLX.O) in the crowded market for online entertainment.

Disney+, Hulu and ESPN+ – the company’s three online subscription offerings – gained close to 15 million new subscribers to total nearly 174 million. Disney+ had 116 million paying customers at the end of the quarter, just ahead of the 115.2 million consensus of analysts surveyed by FactSet.

“It is apparent that Disney+ is now an indispensable video streaming service alongside Netflix,” PP Foresight analyst Paolo Pescatore said.

During the quarter, Disney+ featured “Loki,” a series about the shape-shifting Marvel villain, and offered Emma Stone movie “Cruella” on the same day it hit theaters.

At the media and entertainment distribution unit, operating income fell 32% from the prior year, to $2.0 billion, as programming costs rose. A year earlier, cable network ESPN’s bills had been reduced when many sporting events were canceled.

The direct-to-consumer division, which includes Disney+, reported a loss of $293 million as it invested in TV shows, movies and other costs. That compared to a loss of $624 million a year earlier.

The company’s overall revenue rose 45% to $17.02 billion in the third quarter, topping analysts’ estimate of $16.76 billion, according to IBES data from Refinitiv.