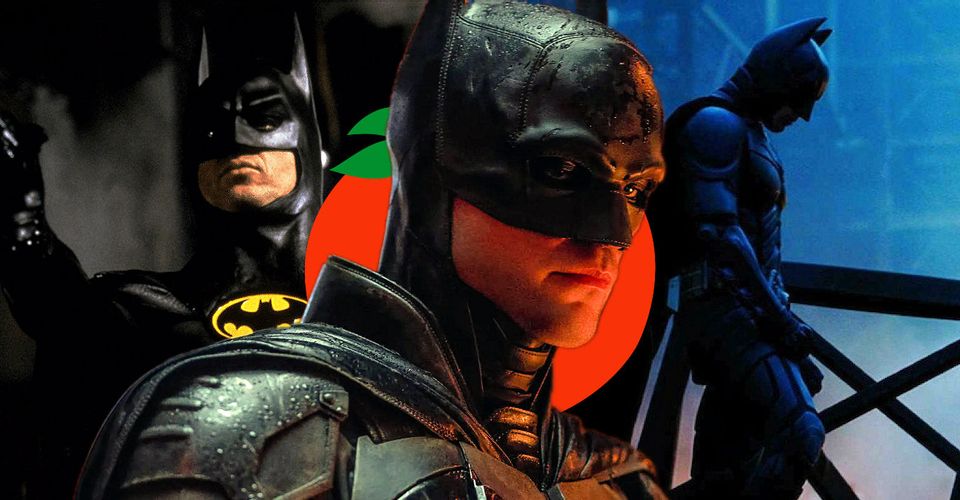 The Batman’s first batch of reviews are finally in, and The Batman’s debut Rotten Tomatoes score means we can now rank it against past Batman movies. The Batman Ranks

Batman has some of the most popular comic book movies of all time, but their Rotten Tomatoes scores are all over the place, so where does Robert Pattinson’s The Batman rank? As the newest Batman movie featuring a new Batman actor and falling outside DCEU canon, The Batman‘s Rotten Tomatoes score is sure to be highly scrutinized, especially compared to what came before for the character.

Batman’s live-action history goes back to the 1940s when he appeared in a black and white serial, and the 1960s Batman series starring Adam West also has a popular movie featuring the characters, but the true cinematic rise of the Caped Crusader started in 1989 with Tim Burton’s Batman and the follow-up Batman Returns starring Michael Keaton. After Burton came the disappointing (but now quasi-cult status) Batman Forever (with Val Kilmer as Batman) and Batman & Robin (featuring George Clooney as Batman), effectively killing the brand for years before Christopher Nolan’s revival trilogy starring Christian Bale, Batman Begins, The Dark Knight, and The Dark Knight Rises. The character hasn’t had a proper solo movie since then, but Ben Affleck wore the cape and cowl in a major role as Zack Snyder’s Batman in Batman v Superman: Dawn of Justice, with a cameo in Suicide Squad before appearing in the studio-botched Justice League, which he said was such as bad experience he decided to quit playing the character, but not before shooting some extra scenes for the release of Zack Snyder’s Justice League and showing up in The Flash to, as he says “put a really nice finish on my experience with that character.”

The Batman‘s initial wave of reviews are in, and so far its Rotten Tomatoes score is among the highest seen by Batman movies, tying with The Dark Knight Rises for second place with an 87 percent score after The Dark Knight (94 percent). The score initially opened a little higher, hitting 94 percent at one point, so it’s entirely possible it could still shift a little bit, and possibly even drop into fourth place below Batman Begins at 94 percent, or it could even rise back into the 90s, although the adds are it’ll remain somewhere in the range higher than Batman Begins and lower than The Dark Knight. 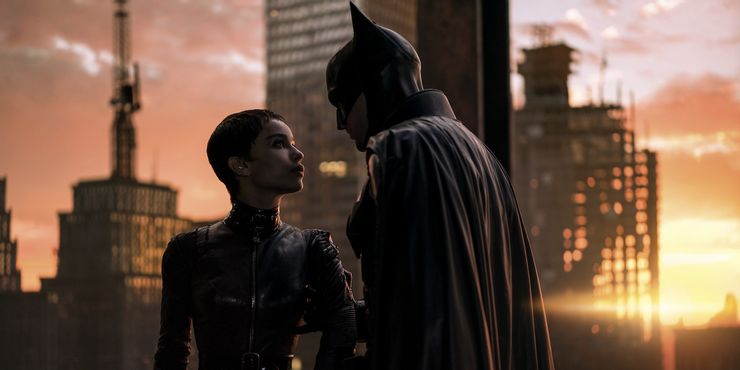 With an average of 63 percent for all movies where Batman has more than a cameo since Tim Burton’s Batman, less than half of which scored over 80 percent on Rotten Tomatoes (including The Batman), the bar may not be that high, although with a number of hugely popular and influential Batman films (including Batman v Superman: Dawn of Justice) getting notoriously low scores, Rotten Tomatoes might not be the best judge of Batman movie quality.

Regardless, in terms of typical Rotten Tomatoes benchmarks, an 87 percent debut score for The Batman is still impressive, and as a heavily noir-influenced detective story clocking in at nearly 3 hours long, The Batman is sure to start conversations and serve as a memorable installment for the World’s Greatest Detective. Robert Pattinson already has a lot of popularity as the character thanks to the movie’s marketing, but his true legacy as the Dark Knight may depend more on the reception of any potential sequels to The Batman.

But let’s set aside the production’s bloated length and occasional foibles. Pattinson brings surprise and heart to a version of Bruce Wayne that sounds insufferable on paper. The Batman‘s Batman is a relatively new caped crusader, only two years into his transformation from idle trust-fund kid to determined Gotham vigilante. In this vision of the classic tale, divorced entirely from other DC comic-to-film timelines, Batman isn’t doing so well. Cops relentlessly mock him, and crime stats have only gotten worse since he turned vigilante.