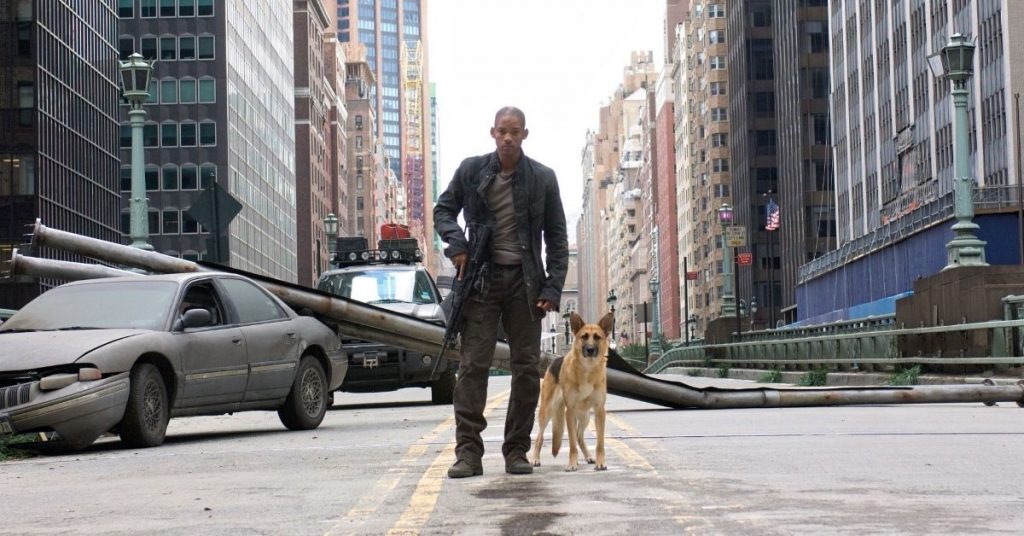 I Am Legend 2 Theory: How Will Smith Returns

Will Smith is returning for I Am Legend 2, and here are some theories about how he can come back despite Robert Neville’s death in I Am Legend‘s ending. Warner Bros.’ adaptation of Richard Matheson’s novel was a big hit at the box office in 2007, but the studio failed to develop a sequel immediately after its release. It now seems that the long-awaited sequel is finally happening after 15 years, as Will Smith and Michael B. Jordan are set to star in I Am Legend 2. The news might be exciting for many, but it also raises one major question right from the start.

Despite reports that original screenwriter Akiva Goldsman is also back to write the script, there are no official plot details for I Am Legend 2. The year that it will be set in or a rough story might not be known yet, but Will Smith’s return as Robert Neville already provides a big tease. I Am Legend‘s original ending sees Neville seemingly sacrifice himself to save Anna and Ethan, allowing them to take the cure he’s developed. Neville’s death comes as he charges into the Darkseekers’ leader with a grenade, killing them and other Darkseekers in the process. A voiceover from Anna during the final scene says that Neville died, but I Am Legend never showed his body. This provides some wiggle room for Will Smith to return in I Am Legend 2, but the question is how this can happen.

Will Smith’s Neville seemingly returning from the dead will be one of I Am Legend 2‘s biggest mysteries until this story information is revealed. There are some intriguing possibilities for how the story could develop too. This includes using I Am Legend‘s alternate ending, retaining previous story details from scrapped sequel ideas, and so on. Let’s take a look at a few leading theories for how Will Smith returns in I Am Legend 2. The biggest theory for how Will Smith’s I Am Legend 2 return is possible is linked to the original film’s alternate ending, which saw Neville survive. This comes after he learns that his cure works but also that the Darkseekers aren’t the mindless monsters he believes them to be. He instead realizes that the mutants are attacking his house because his current test subject is the significant other of their leader. The Darkseeker leader draws a butterfly on the lab glass, which not only is significant to Neville’s past and losing his daughter and wife but also matches the butterfly tattoo on his current test subject. He then realizes just how many of the Darkseekers he’s killed trying to “cure” them and decides to leave for Vermont with Anna and Ethan.

While killing Will Smith in a heroic way was divisive, the darker I Am Legend alternate ending for Neville is now widely viewed as the better way for the story to end. However, Warner Bros. and director Francis Lawrence changed the ending due to poor test screenings that involved the alternate ending. Now that I Am Legend 2 is happening, the sequel could retcon the events of the first film to make this scene canon. That could be somewhat tricky to pull off due to I Am Legend‘s popularity and how well-known the original ending is, but Warner Bros. could re-release the first movie with the alternate ending. They could also just make the retcon clear during marketing, sort of like how the recent Halloween movies ignored everything but John Carpenter’s original.

In any case, I Am Legend‘s alternate ending provides a seamless path for Will Smith’s return. Since he is still alive in this version of the story, I Am Legend 2 can show Neville many years later living in Vermont or another part of the country. Due to his increased understanding of the Darkseekers and the development of his cure, he could be a prominent figure in whatever society he is now part of. I Am Legend 2 could even then see him try to make amends for his prior actions try to bring peace between the Darkseekers and the regular humans who are still alive.

I Am Legend 2 Could Clone Will Smith’s Character Bringing Will Smith back for I Am Legend 2 could also be done through cloning Neville. This might sound like an outlandish I Am Legend 2 theory at first, but this was an early sequel idea from past attempts to make the movie. Akiva Goldsman came up with this idea, and although he said in 2014 that he didn’t believe this version of the sequel would ever happen, he still also liked the concept. Since Goldsman is officially writing I Am Legend 2, his cloning story could still be utilized. There aren’t many details known about the specific story the sequel followed in this fashion, but viewers would start the sequel with Neville and eventually come to learn that he is a clone.

Cloning Neville isn’t exactly the most creative way to bring Will Smith back for I Am Legend 2, but it is an intriguing and plausible option at this stage. Goldsman hasn’t revealed how or why Will Smith’s character would be cloned, so those two questions would factor heavily into the sequel’s storyline. This universe having the capabilities of cloning could have massive repercussions depending on who has the technology. I Am Legend 2 could reveal that the remaining US government and military cloned Neville because something went wrong with his cure or because they need his mind for something else. The sequel could also drop a big twist that Neville cloned himself as an emergency failsafe, which could’ve been triggered when the Darkseekers began attacking. There are plenty of narratives that I Am Legend 2 can use to justify cloning Will Smith’s character if that is the route the sequel goes. Depending on the timing of it, Will Smith could even play a younger version of himself again after Gemini Man.

I Am Legend 2 Can Make Will Smith A Darkseeker Prisoner 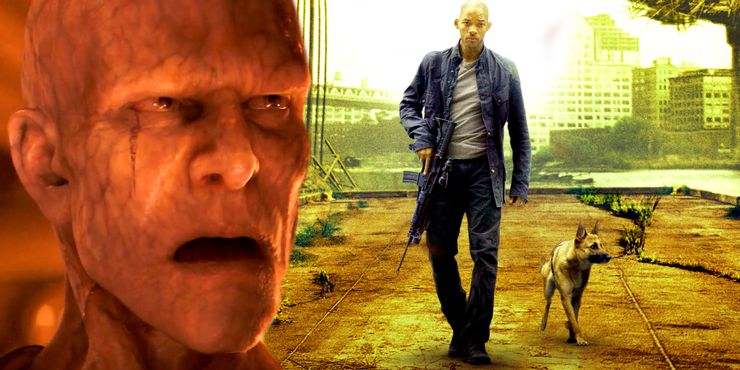 There is also the potential for I Am Legend 2 to reveal that Will Smith didn’t die in I Am Legend‘s explosive original ending and has become a prisoner for the Darkseekers. This would be a big retcon to the original ending, but I Am Legend not showing his body makes it a viable option. Based on this I Am Legend 2 theory, Will Smith’s character somehow survived the explosion and is taken prisoner by the vampire-like mutants to pay for everything he’s done to them in the past. This would be a way to bring parts of the alternate I Am Legend ending to the sequel without completely making it canon. Neville could learn through his imprisonment how intelligent the Darkseekers actually are and realize the harm he’s brought this community in the past.

This theory could also allow the sequel to adapt a missing part of Richard Matheson’s I Am Legend book. In the novel, Neville is taken prisoner by a group of mutants that are more human-like and intelligent. He spends the end of the story in a cell after being shot by one of them. The majority of the society wants to execute him for his crimes against the community, but Neville previously befriended one of their leaders. His mutated love interest gives him suicide pills to avoid the execution. While this exact story isn’t needed for I Am Legend 2 necessarily, the sequel could show Neville as the Darkseekers’ prisoner. It’s even possible then that the legend of his survival has traveled across the country somehow, leading to Michael B. Jordan’s character going on a rescue missing to save Neville. While keeping Will Smith out of the action might not be ideal for some, it presents I Am Legend 2 with a perfect opportunity to explore the Darkseekers’ new society through Neville’s experiences.