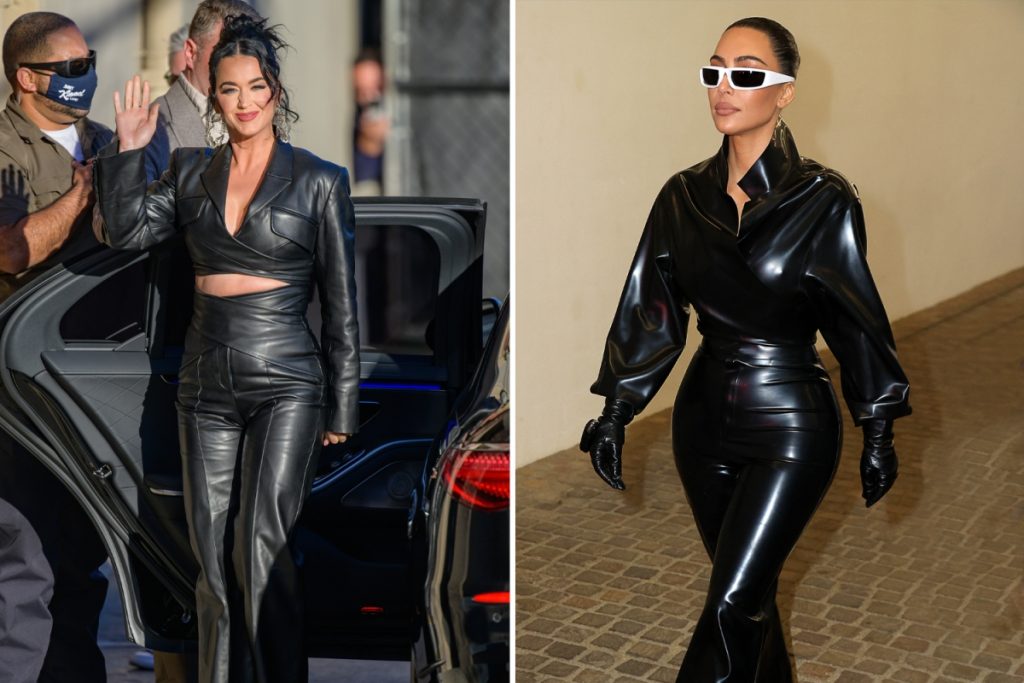 KATY Perry looked identical to Kim Kardashian in an all-leather outfit with dark hair as she arrived at Jimmy Kimmel Live in LA.

The American Idol judge broke down in tears during the season 20 preview trailer as the show prepares for its return. 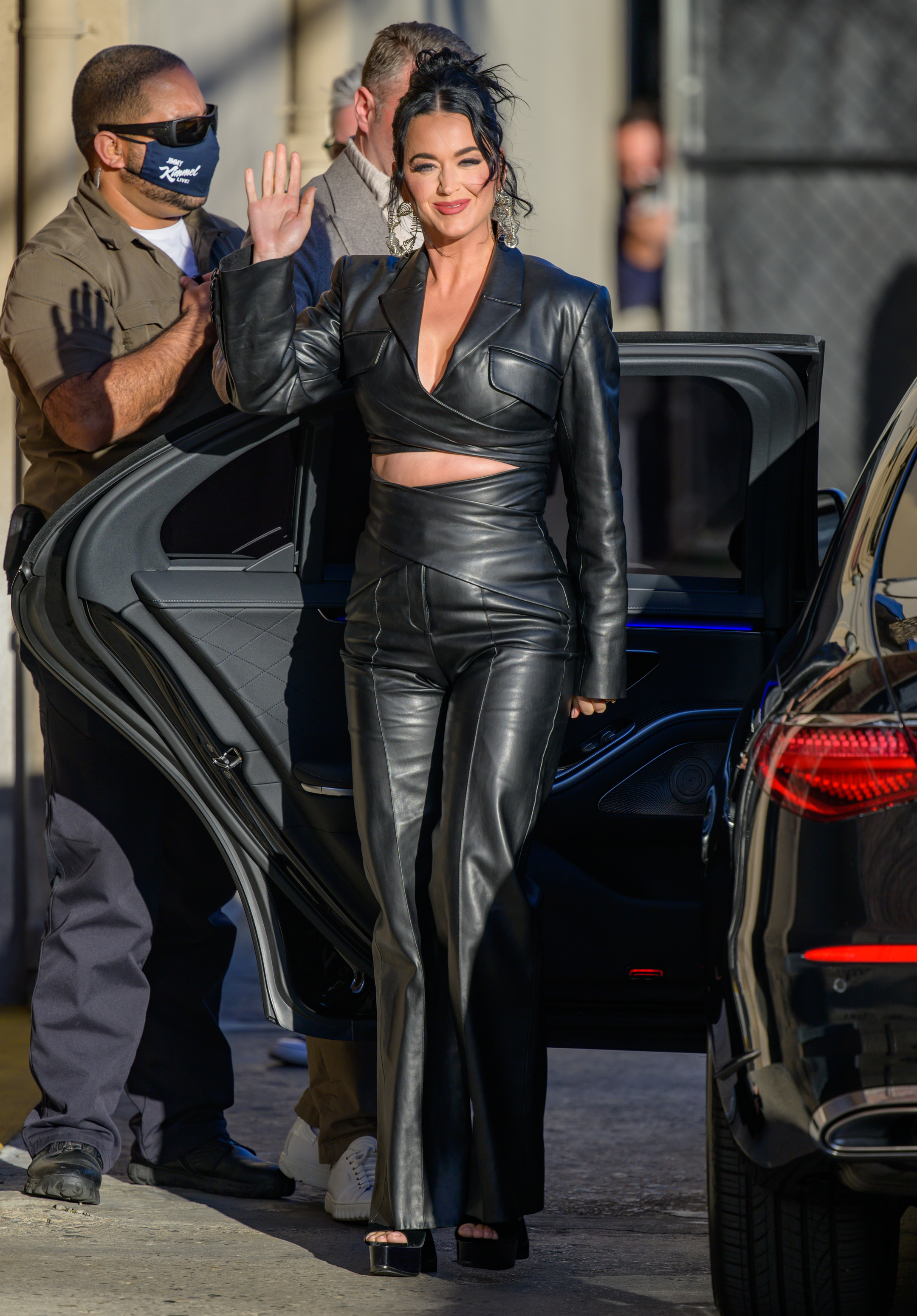 Katy looked just like Kim in her leather get-upCredit: The Mega Agency 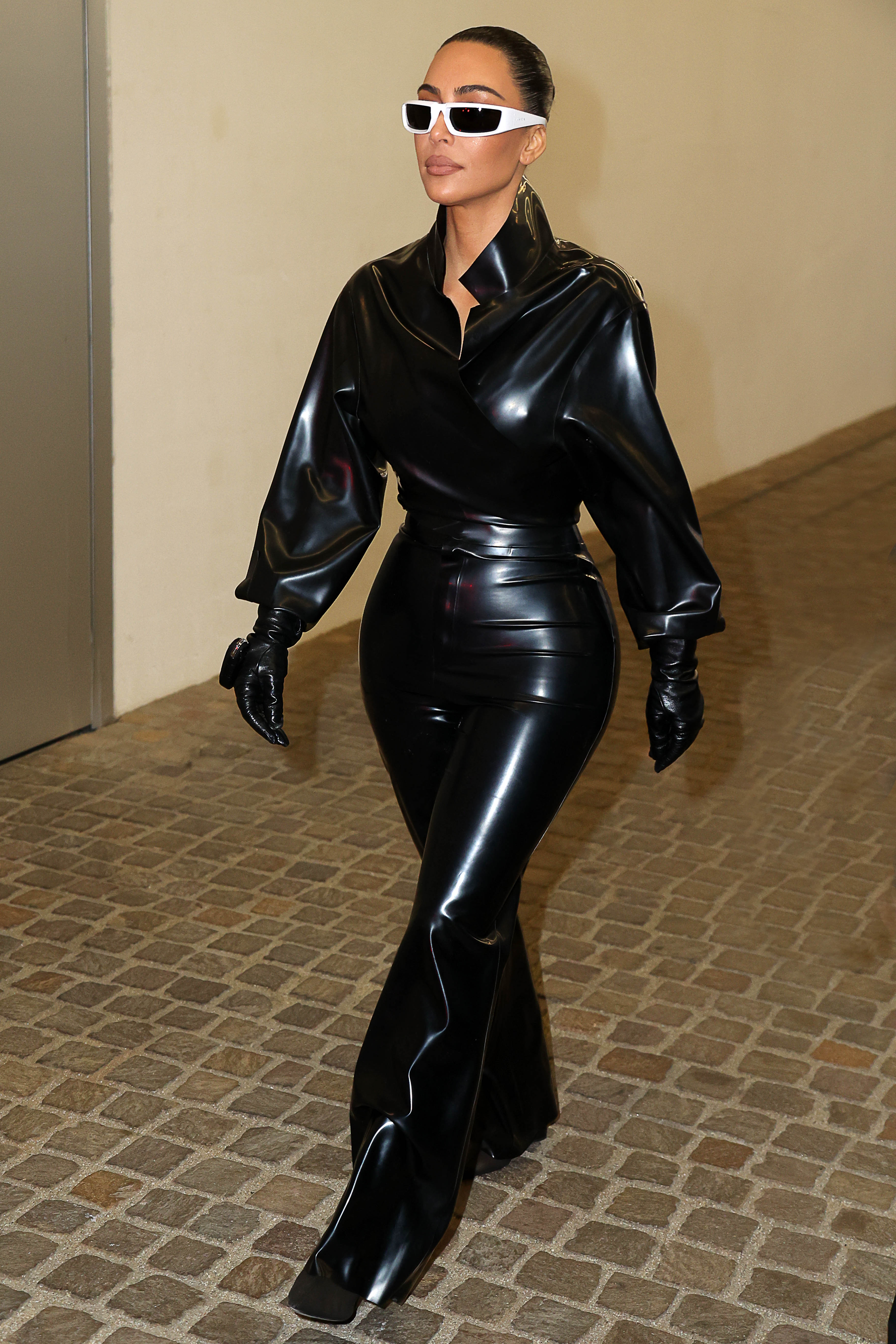 Katy, 37, arrived on the set of Jimmy Kimmel Live in LA on Thursday looking eerily similar to Kim Kardashian, 41.

The pop singer looked gorgeous in an all-leather jumpsuit with her dark brunette locks styled in a messy bun.

The songwriter showed off her amazing figure in the outfit, which sported long sleeves, a blazer-like collar, and wide-leg trousers with a cut out at the waist.

Katy finished off the look with black pumps as the sun hit her face and showed off her flawless makeup. 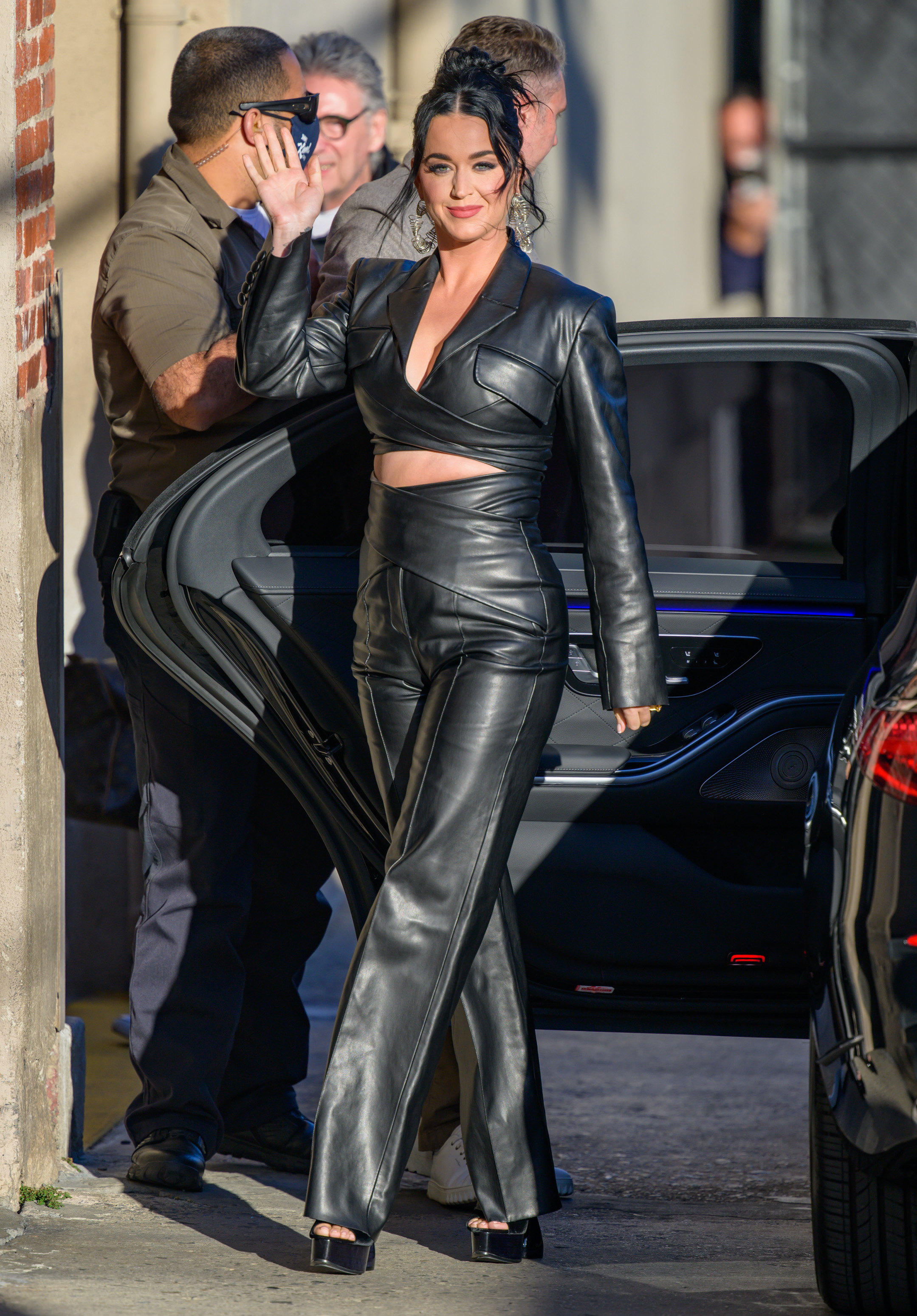 Katy showed off her figure in the tight jumpsuitCredit: The Mega Agency 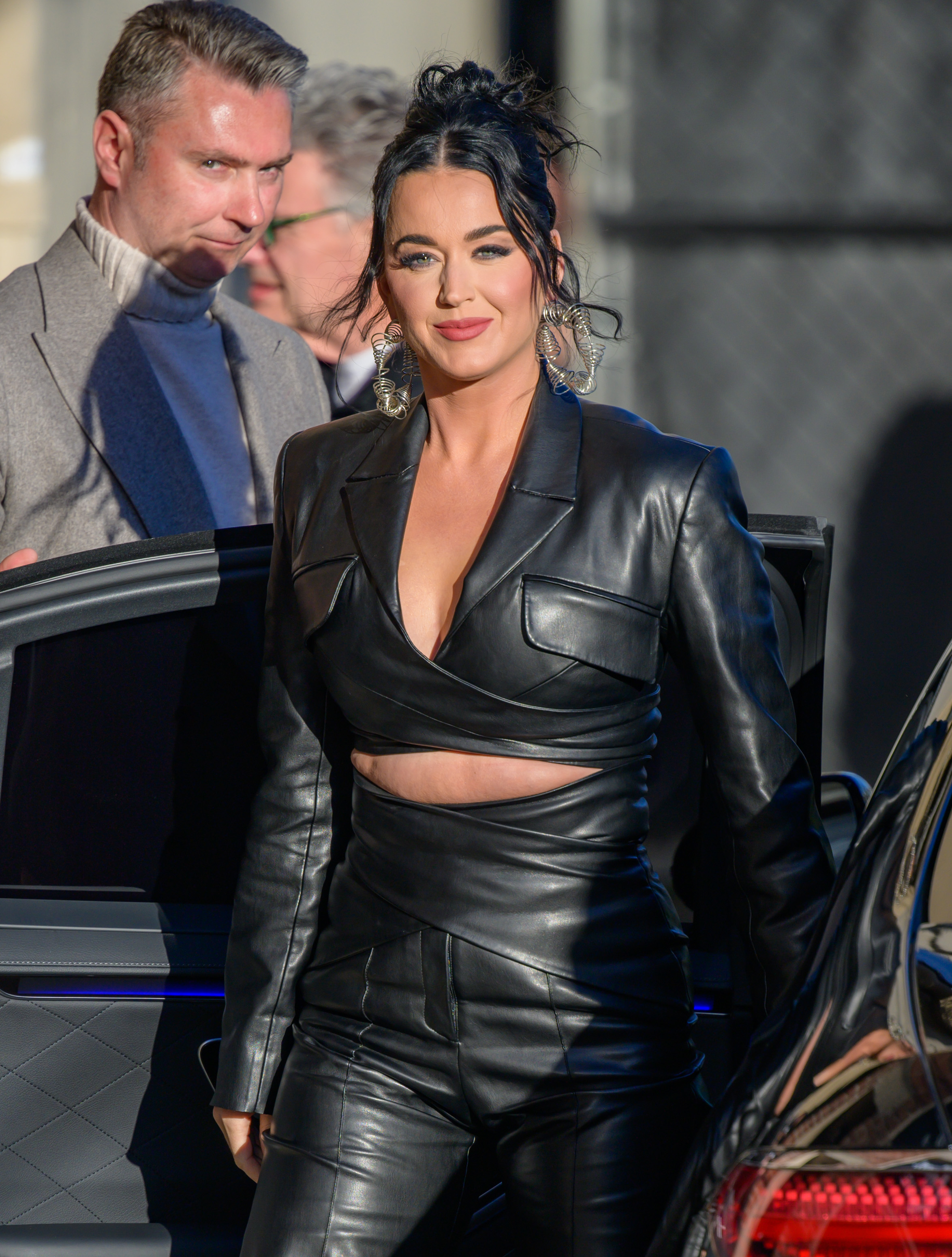 She looked gorgeous with her hair pulled backCredit: The Mega Agency 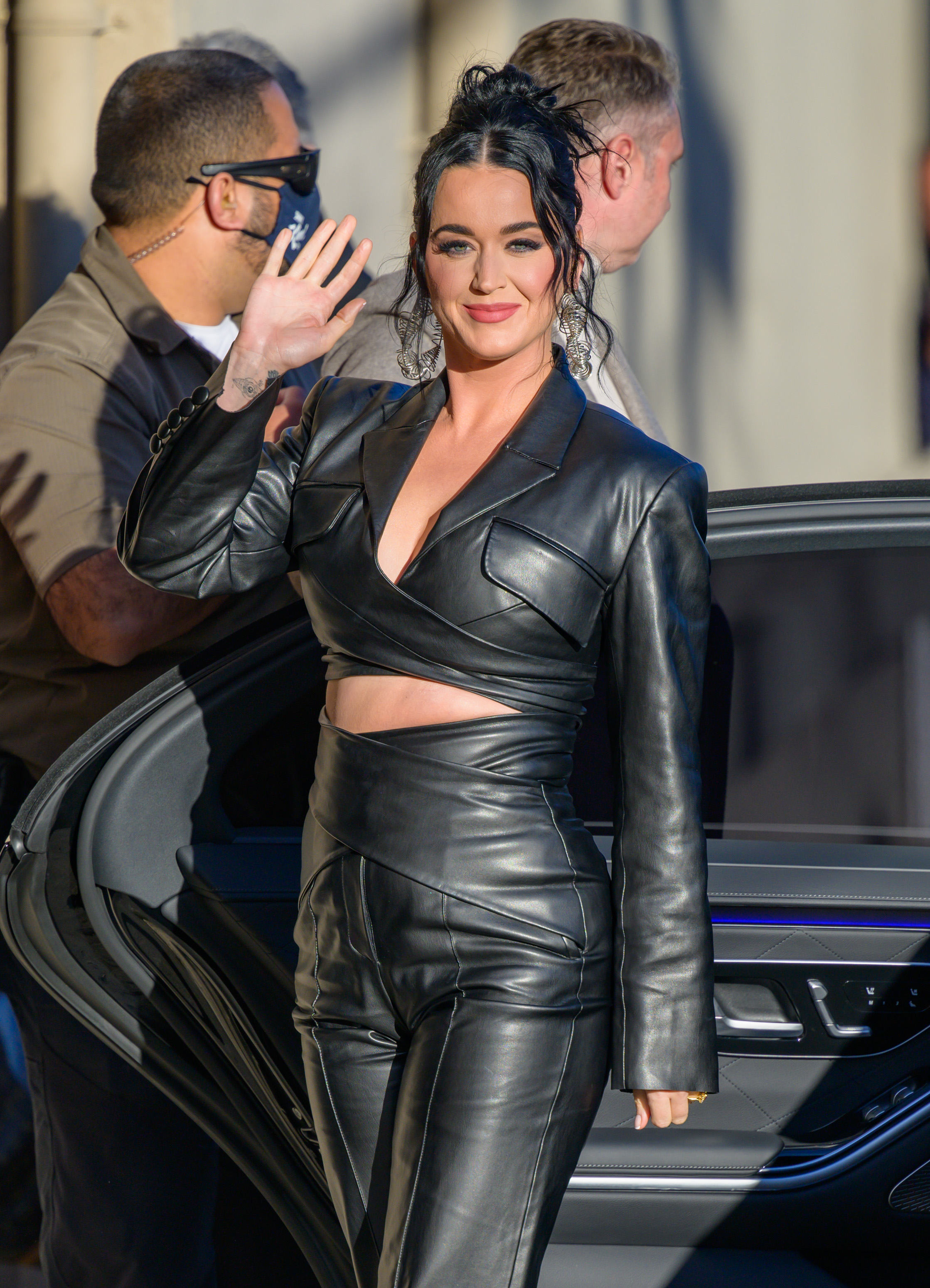 The TV star was the spitting image of Kim, who has embraced the all-leather look on many occasions of late.

The Keeping Up With the Kardashians star most recently flaunted her curves in a tight latex top and pants as she visited Milan for fashion week.

Photos captured the mom of four stepping out of her vehicle, as well as walking towards the venue while talking on the phone.

Kim stunned in the all-black ensemble complete with black gloves, matching heels, and a pair of white frames.

She pulled her hair into a tight bun for the occasion.

Katy and her castmates have begun promoting the newest premiere of American Idol, as the show makes its return for the 20th season.

However, emotions have already run high as the singer was seen sobbing during the show’s preview clip.

The mother of one broke down in tears during the trailer after learning one of the contestant’s tragic stories.

The video began with the singer giving a confessional to the camera, saying: “Sometimes a person will walk into the room. We can empathize with them.

“There are no mistakes when you’re honest,” she explained.

The scene then switched to contestant Tyler Allen from Mobile, Alabama, who spoke about the loss of his “nephew” before auditioning before the judges.

“I’m dedicating this to my nephew who passed away. When Noah passed away he was one.

“He just started walking. The song that I’m going to sing today is the song I used to sing to him when I would rock him to sleep.

“Singing is my way of healing,” he claimed, as Katy burst into tears.

The celebrity judge was inconsolable while hearing Tyler’s story, as she could be seen crying throughout his audition.

Her fellow judge Luke Bryan then chimed in to say: “Katy is a wreck,” and Lionel Richie agreed: “Mess,” before the clip closed out with the singer sobbing.

“Experience it all during the season premiere of #AmericanIdol, Sunday at 8/7c on ABC. Stream on Hulu.” 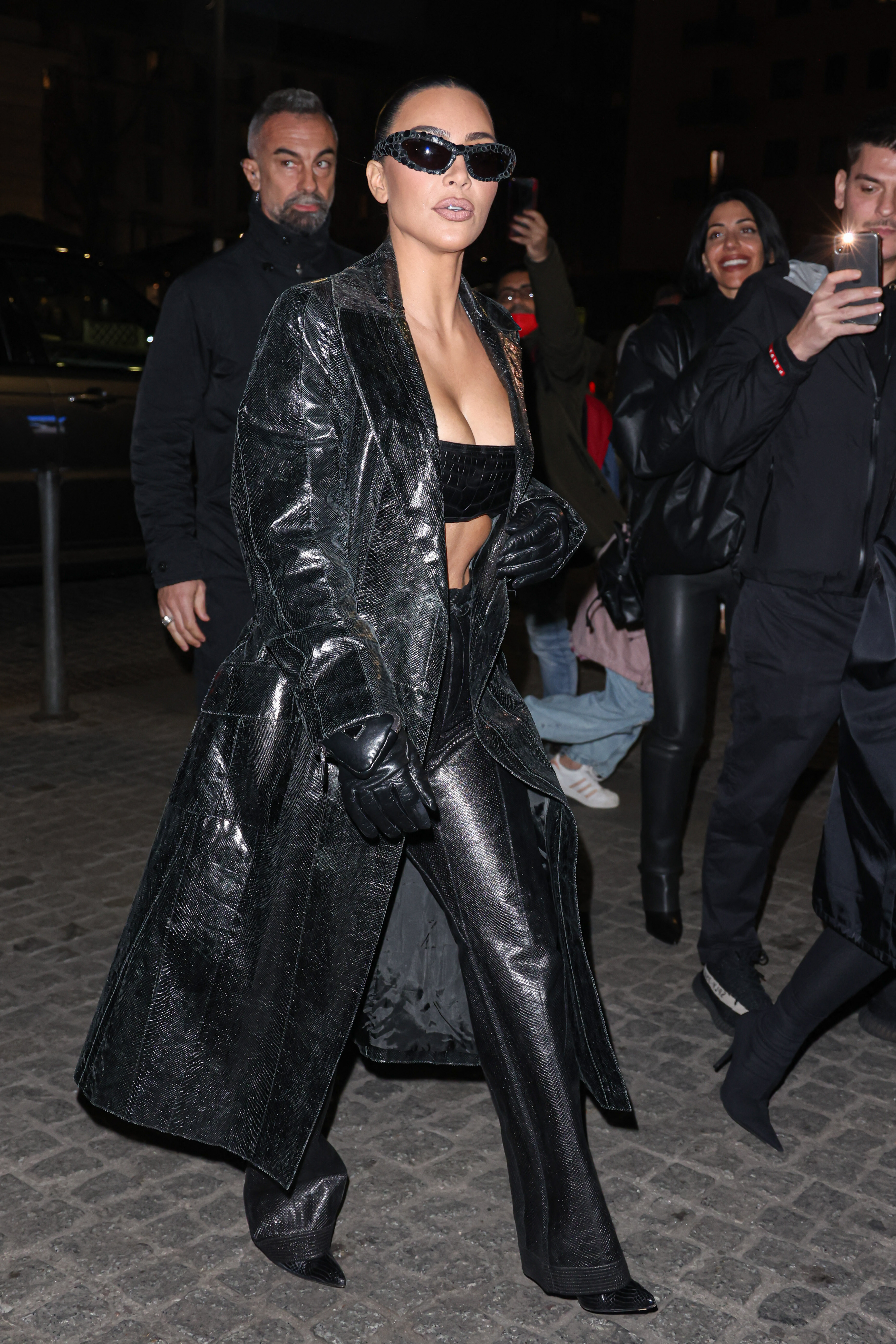 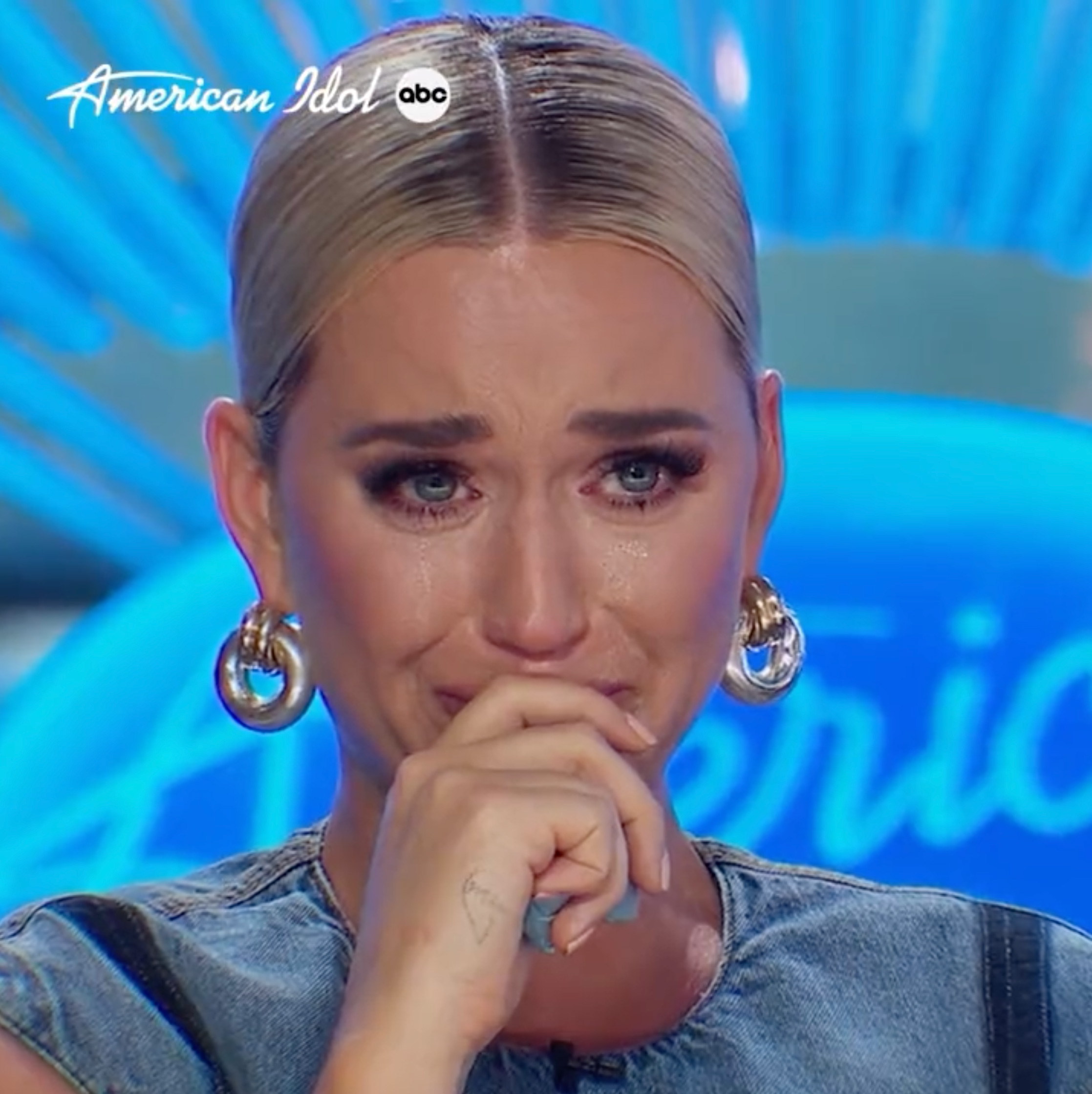 Katy broke down in tears during the season previewCredit: Twitter/@AmericanIdol 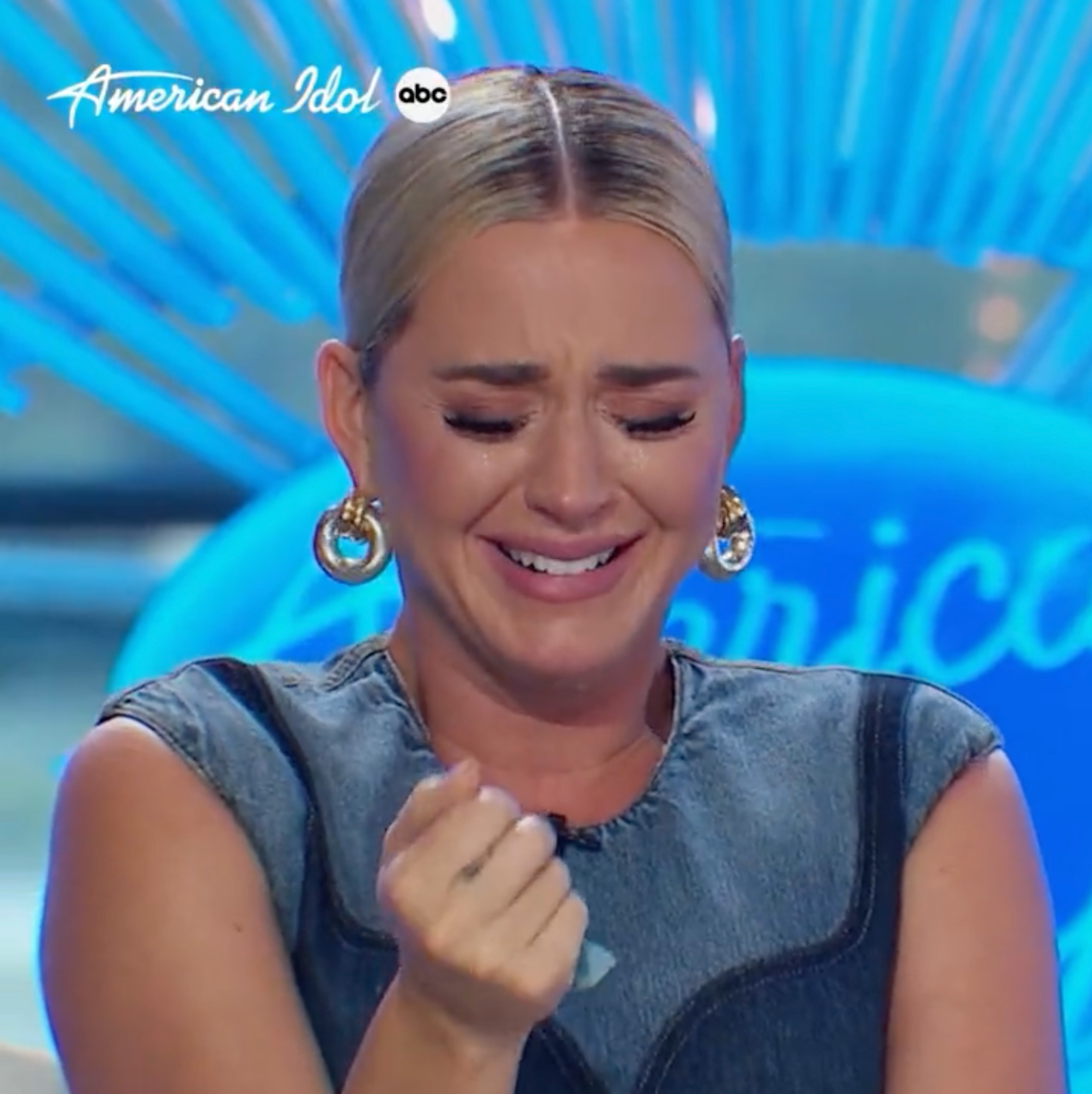 She was highly emotional while hearing from a contestantCredit: Twitter/@AmericanIdol