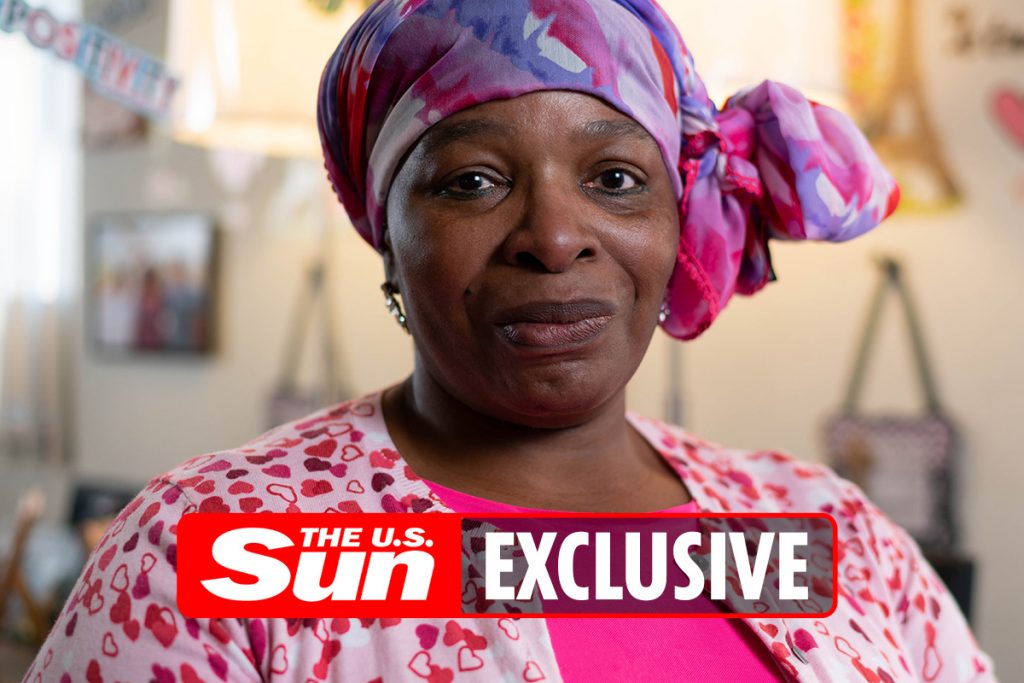 KING Richard’s estranged daughter – the half-sister of tennis stars Serena and Venus Williams – feels the Hollywood movie about his life does not deserve an Oscar because it omitted his past.

The Hollywood biopic, written by Zach Baylin and directed by Reinaldo Marcus Green, stars Will Smith as the hardball dad who encouraged his daughters to become sporting champions. 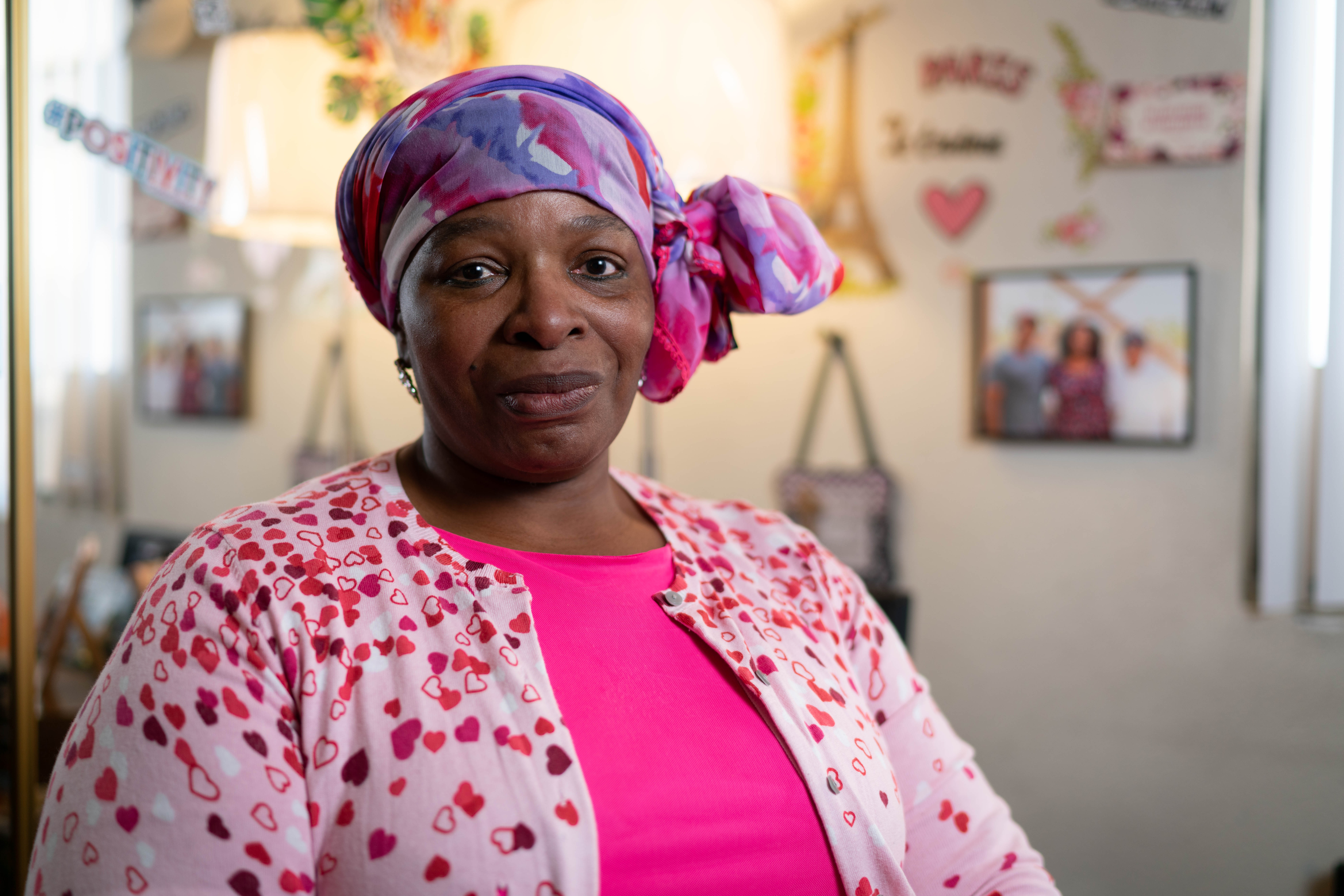 Sabrina has slammed the movie which has been nominated for five Academy AwardsCredit: John Chapple for The US Sun 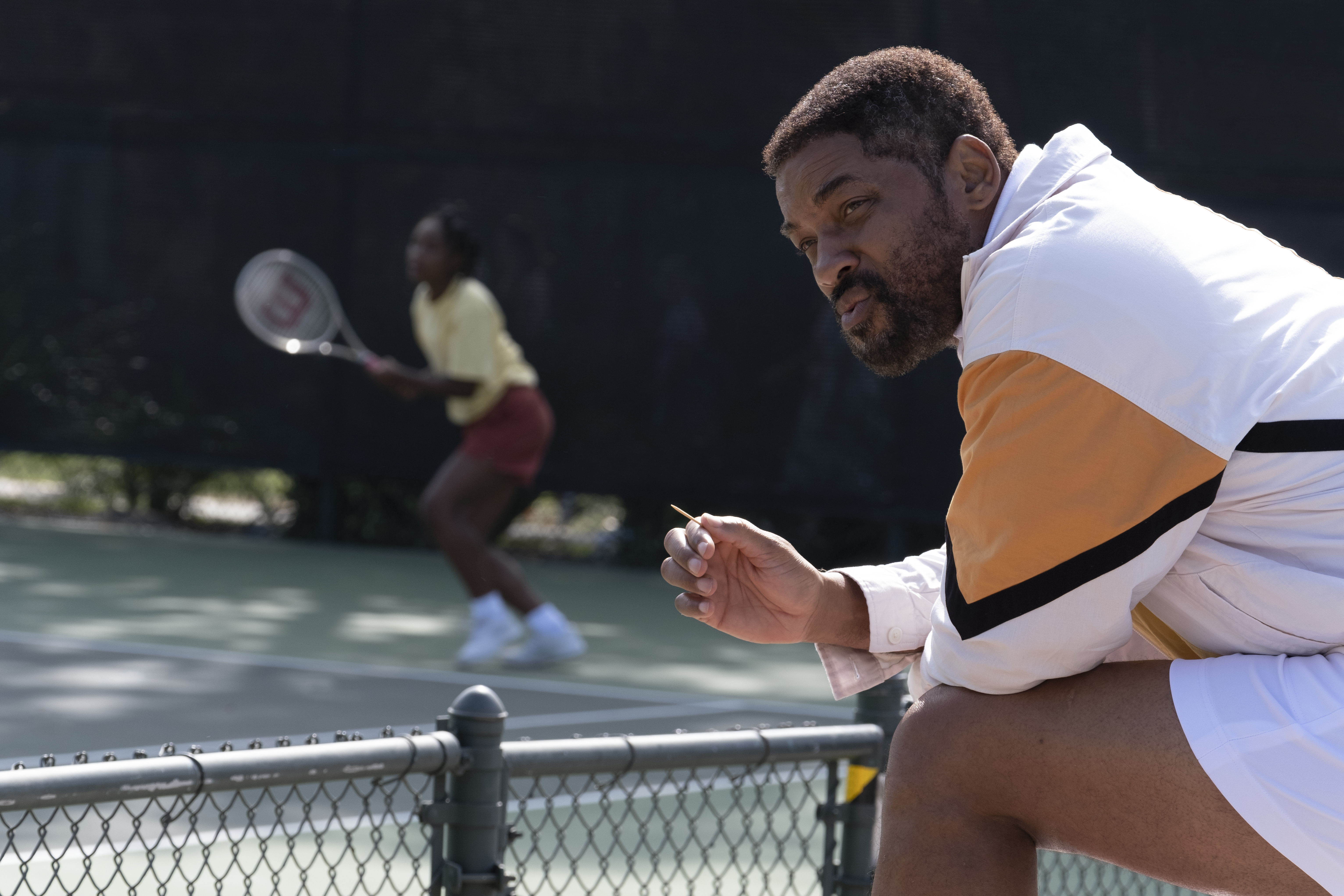 Will Smith plays the 80-year-old former tennis coach in he biopicCredit: AP

And despite being nominated for an impressive five Academy Awards at the ceremony on March 27, including Best Picture, Best Original Screenplay, and Best Actor for Smith, Richard’s daughter Sabrina has slammed the movie.

His firstborn child, now 57, claims she and her five siblings were abandoned by their father when she was just 8 – when he walked out after cheating on their mother.

Speaking from her home in Las Vegas, she said: “God bless Will. I’m not a fan anymore because you didn’t get the backstory.

“But I don’t think Will should get an award for how the movie was made. Because it didn’t tell the whole truth. Is that his fault? No, he’s an actor. What’s his job? To make money.

“I get it. But to me, I feel it’s a moral thing because other movies [show the backstory]. It just seems like everybody purposely was trying to keep that out because they wanna keep the good image [of Richard]. And don’t want to hear about any of that.

“To get an Academy Award when you didn’t tell the whole story, that just makes no sense to me.”

The Sun has reached out to Smith’s rep for comment and made several attempts to reach Richard Williams.

Sabrina, who has previously opened up to The Sun about her difficult childhood and how they struggled to survive after Richard left the family home, admits she was stunned when she heard the movie’s title.

The film, which has grossed more than $34.3 million at the Box Office, was approved by Serena and Venus, and actor Smith admitted having them watch it was “the worst two hours of my life.”

Richard himself has not spoken out about the movie and missed the promo with his daughters as his health is reportedly deteriorating following two strokes.

Sabrina said: “One of my friends called and said you know what, the movie’s coming out. And I was like, what are you talking about?

“She said, your dad, Richard Williams, and the girls, she goes, go to YouTube.

“So she sent me this link and I watched it and I literally fell on the floor laughing because first the title and then Will Smith doing the movie. I’m like, this has got to stop.

“And I laughed and I’m just like ‘King Richard’, no dude, you’re a king in your own mind because a king wouldn’t have left five kids, well say six because my sister was living with us.

“And I said this to myself, you would’ve introduced earlier in life, Venus and Serena to us, you would’ve made sure that the half-sisters knew [each other] and we all could’ve been interconnected as a family if that’s what everybody wanted, but you didn’t give that opportunity.”

Richard, 80, married Sabrina’s late mom Betty Johnson in Los Angeles in the early sixties and they had four other children – Richard III, Ronner, Reluss, and Reneeka.

He dumped his wife and five kids, allegedly walking out of the door to buy Sabrina a bike – and never returning – then went on to marry Serena and Venus’s mother Oracene.

Sabrina pointed out many other movies, including House of Gucci starring Lady Gaga, show the full backstory of the stars, but Richard and the family just “dropped their butts out of the sky and landed in Compton”.

She laughed: “That’s their story. How does that work? And how on God’s green earth do you forget a family, is it possible that you just don’t wanna tell [the full] story? Do you know why? Because you’re still ashamed of us. My dad is ashamed of us. It’s sad. He really is.”

Sabrina says she met her tennis playing half-siblings only once, by chance, at Knott’s Berry Farm, a theme park in California, when the pair were teenagers.

She approached her famous dad and he said he wanted to stay in touch, but the number he gave her later didn’t work and she was left feeling abandoned again.

Sabrina recalls she then nearly met with him later, around 1998, when one of her sisters got in touch with Richard, and he invited them to watch Serena and Venus play tennis.

“I knew about them [Serena and Venus], but I just didn’t pay attention,” she said. “I guess the world was following them at that time, but when it became a really big thing to me was when one of my sisters called and said, ‘Dad’s in town, he’s down at Indian Wells.’ This is when they used to play at Indian Wells.

“And she said, ‘Dad wants you to come down, with the girls and take some pictures and you can be there. And then we can watch the match.’ And I’m like, ‘No’. And tell dad to call me, but I’m not going down there. I wanna meet them. We can meet in a hotel.

“It was around 1998 the last time I talked to my dad. I was like, are you serious dude? Really, I’m your daughter, you haven’t seen me in a long time, don’t you want to see me?

She added: “You don’t care about anybody. It’s just about Richard. It always has been about Richard Williams.”

Meanwhile, Serena has painted her father as a doting parent, describing the 2021 film about their upbringing – named King Richard – like a Marvel flick.

“I think King Richard is like Iron Man and that there still are other stories around it,” she told Harpers Bizarre. 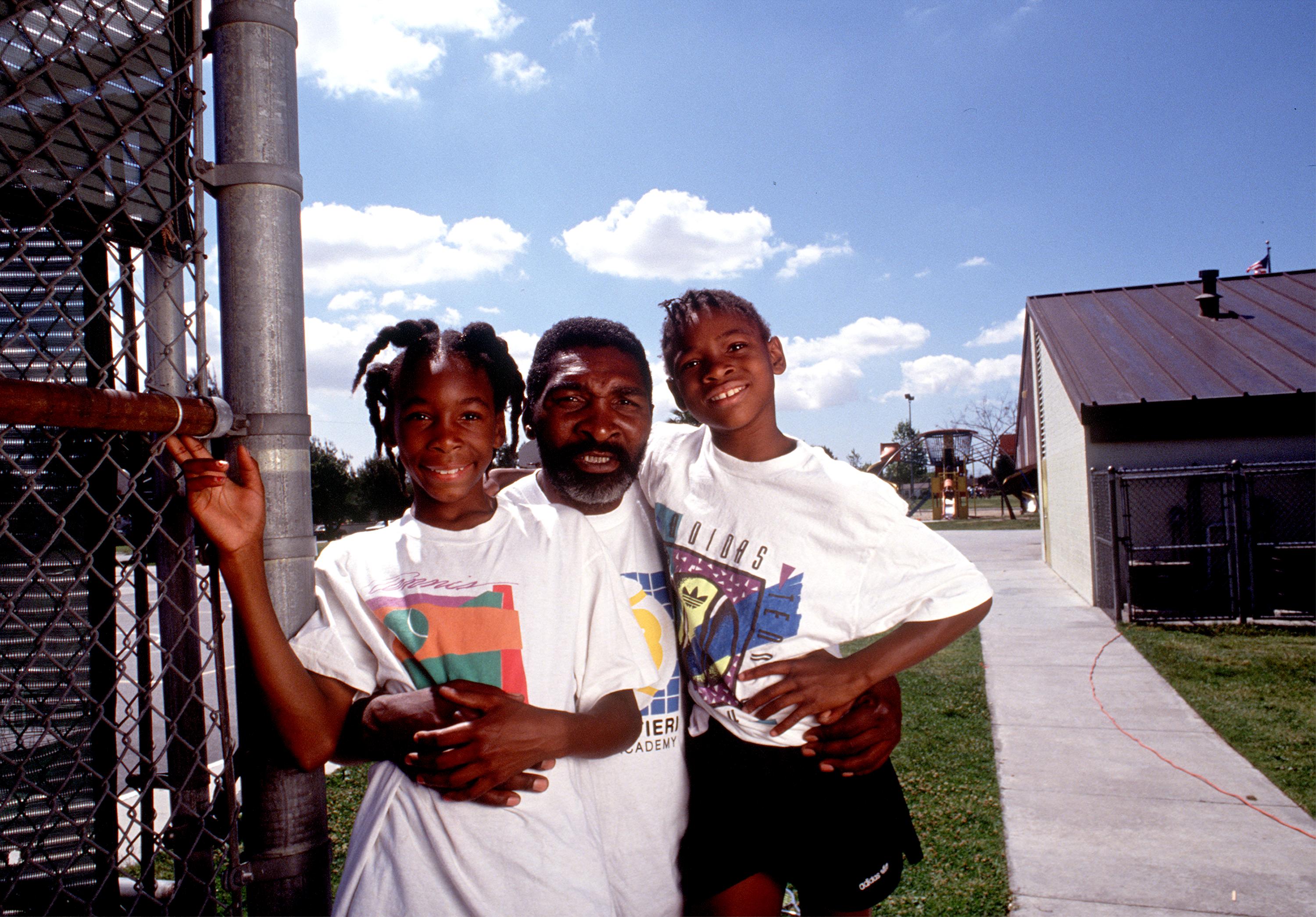 Richard was determined to make the girls tennis superstars from a young ageCredit: Getty 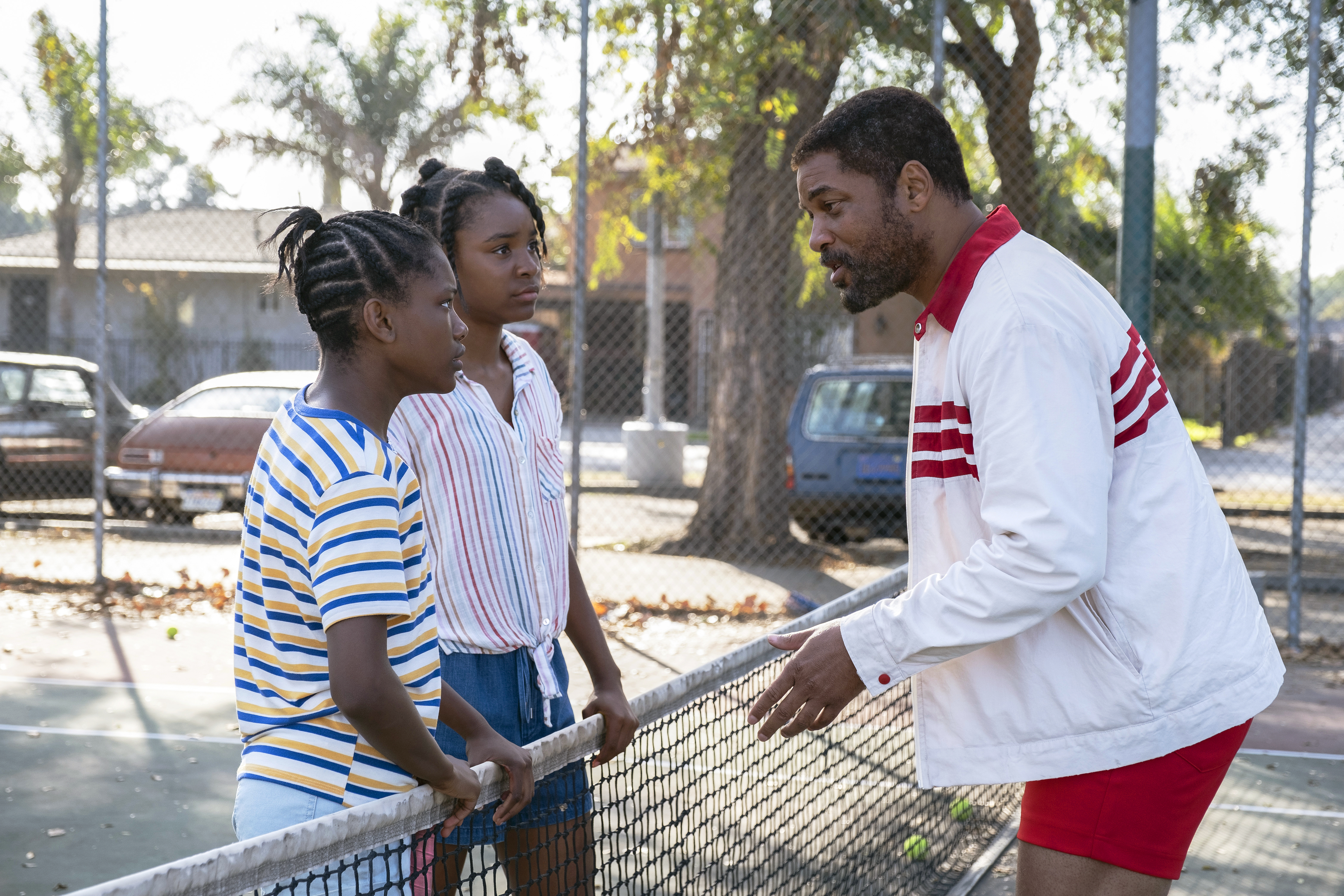 Sabrina says the movie starring Will Smith should have featured the full back storyCredit: AP 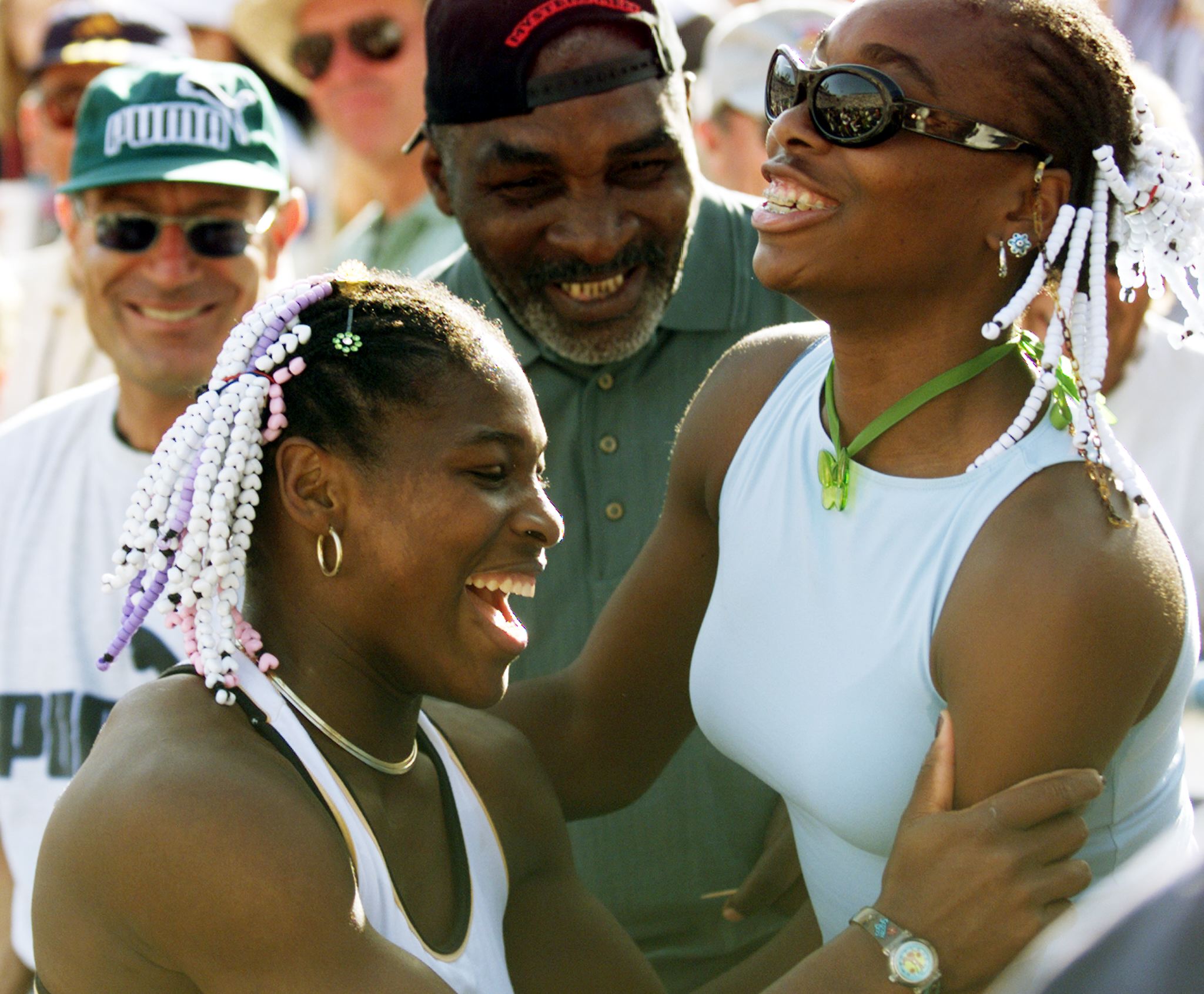 Serena and Venus are now worth millions of dollarsCredit: AFP