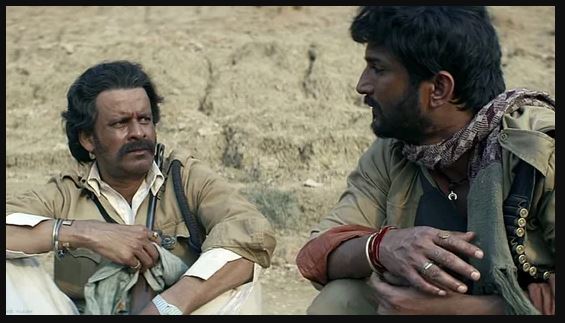 Sharing a poster of the film, Kushal wrote, “3rd anniversary of #sonchiriya. He was so proud of this film. Please watch it if u haven’t.

Filmmaker Jyoti Kapur Das commented on the post, “I absolutely love it and was when it was ignored by the masses.” One fan wrote, “People die, their talent doesn’t. Amazing film.

Manoj also shared the film’s poster on his Twitter handle and wrote, “Uffff!! What an experience we had shooting for this film!!

One fan tweeted,  will always be remembered as a milestone in the journey of Indian Cinema ..and what an experience it was watching it in the theatre ..kudos to the entire team.” While another one said, “He is a rebel , but Our eyes were filled with tears the moment of his death. He is a rebel but we love him. A good and gem movie like #sonchiriya should be appreciated by both (audiences and those insiders in the film industry in Bollywood).

Earlier in an interview with Bollywood Bubble. Manoj called Sonchiriya ‘a classic and one of the best films of my career’. He said that while he tends to not watch his own films as he becomes critical of his performance, this is one film ‘that I lose myself to’.

Every single frame and scene, Sushant Singh Rajput is great in the film along with Bhumi Pednekar. Bhumi has worked so well in the film. I had even told this to her that this film will always be above any work that other actresses from her generation have done,” he had said. Sushant died on June 14, 2020.

Directed by Abhishek Chaubey, Sonchiriya is a bandit drama set in the Chambal valley. The film also stars Ashutosh Rana, Ranvir Shorey and Manoj Bajpayee. While it was critically acclaimed, it was a commercial failure.