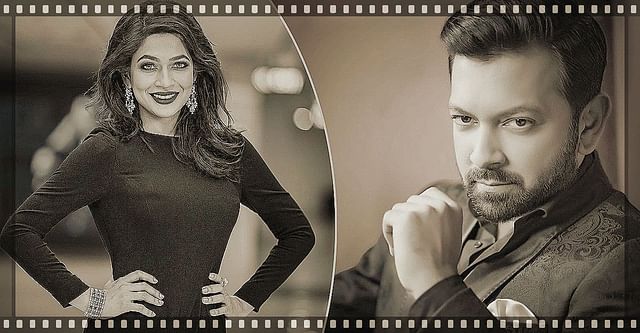 There is no one between Tahsan and Bandhan in the film

Tahsan and Bandhan are acting in one film. When the news of the movie ‘A Blessed Man’ was officially released in the last week of November, there was quite a stir in the entertainment arena. Although the shooting was supposed to start that year, but two months have passed since this year, there is no news about the shooting of that photo of Tahsan and Bandhan. When Abu Shahed Emon, one of the producers of the film, was contacted on Monday, he said that a final decision on the shooting has not been made yet. The screenplay is changing. Casting can also change!

In the words of Abu Shahed Emon, it is clear that neither Tahsan nor Bandhan is in the film. He did not want to say anything about who is not staying. However, as a reason for not being able to start shooting, Prothom Alo said, ‘Whenever I decided to start shooting, the situation in the country increased. I didn’t want to work with such a large unit on this problem. Most of the shooting of the film has to be done outdoors, so I did not want to take any risk. Meanwhile, Tahsan and Bandhan were coming and going outside the country at that time, it was not possible to match the schedule. All in all, we did not think so, it would be reasonable to shoot at that time.

Emon said in words, ‘Since we got the time, I’m thinking more about the manuscript. Further development is being done. As the manuscript changes, so does the casting. However, we will inform in time who is staying or who is joining. There is nothing to say at the moment. It will also take time for us to start shooting.

In a video message in November last year, Tahsan said, “I am giving a new good news. I am going to start shooting for the new movie “A Blessed Man”. I wish you blessings. Ajmeri Haque Bandhan, who has conquered the world, is working in this movie. I’m with Why did you take me (laughs)! I sat down with the producer about the movie. I am very happy. Great screenplay.

Tahsan then said, ‘We have seen Bangladeshi movies in many ways. But this movie is completely different. It seemed to me after reading the screenplay. We will start working on the movie soon. We have to go through extensive preparations for this.

In another video message on Facebook about the film, Bandhan said, ‘I like the story of the film very much, I like my own character the most. A very challenging character. Many of you wanted to know why I was losing so much weight. The reason is (this picture) I have to lose more weight for this new character.

A Blessed Man’ is being produced under the banner of production company Apple Box. It will be directed by Sadiq Ahmed, a British director of Bangladeshi descent. Director Sadiq Ahmed started his career in 2006 with the short film ‘Tanju Mia’. He made ‘The Last Tagore’ in 2006. Sadiq is the cinematographer of Piplu Khan’s documentary ‘Hasina: A Daughter’s Tale.