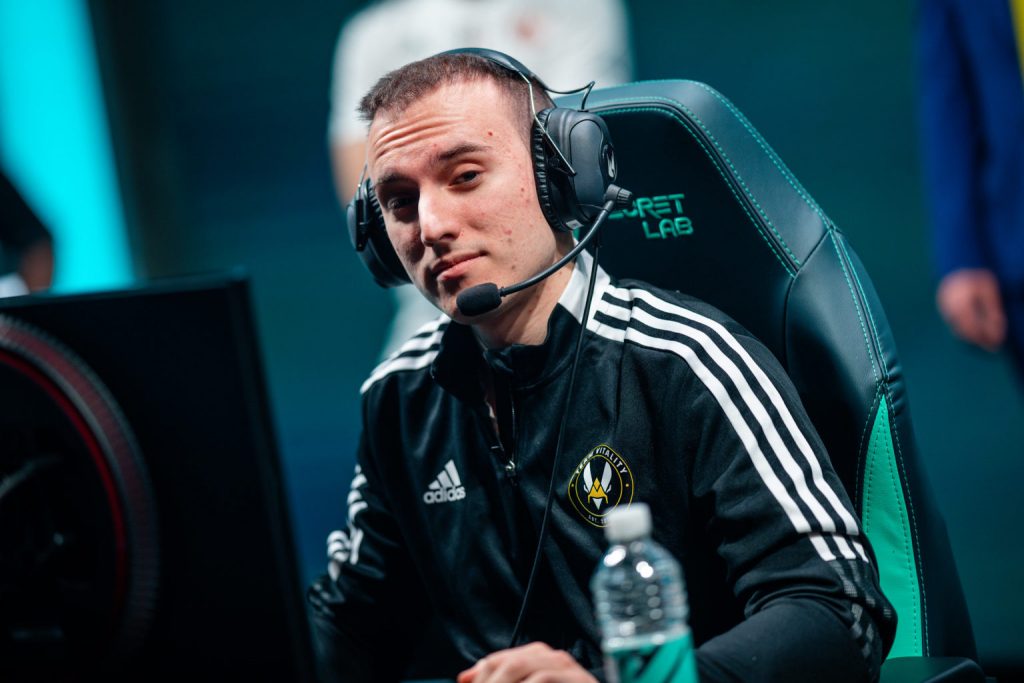 Although the season might not have turned out the way they expected, Team Vitality found their way into the 2022 LEC Spring Split playoffs after a dominant win over a last-place Astralis squad in today’s matchup.

The game wasn’t overly close, with Vitality flexing their superior firepower over their opponents throughout the map. Vitality’s teamfighting was much more coordinated and fluid compared to Astralis, and their counter-engages were just as powerful with champions like Gnar, Xin Zhao, and Tahm Kench bringing plenty of crowd control and tankiness to survive their enemies’ initial burst.

In the end, Perkz and Alphari finished with a combined 17 kills and 23 assists. They didn’t die a single time either, while Labrov had 19 assists and no deaths to boot. It only took Vitality 25 minutes to best Astralis, which also meant that MAD Lions were officially out of playoff contention.

For Vitality, it has been a surprisingly tough road to the playoffs. When the organization announced its star-studded roster, many fans and analysts predicted for them to top the league and dominate the competition. Instead, the lineup struggled to string together wins and sputtered out of the gate with a 5-4 record in the first half of the split. Now, they will try to use their collective years of big-game experience to carry them through to a finals appearance.

MAD Lions, on the other hand, are now the first team in EU history to win back-to-back LEC championships, only to miss the postseason in the following Spring Split. The team needed Vitality to lose their match to have a shot at qualifying, but even if they win against Team BDS today, the Lions still won’t have enough wins to beat Vitality in the standings.

The pride of Europe fell from the throne following the loss of their star mid laner Humanoid, as well as their young, fiery AD carry Carzzy. MAD Lions used to have the best teamfighting skills in the league, but a significant part of their overall coordination and productivity came from the mid lane. The two new rookies they signed for 2022 haven’t been as good as their predecessors, and as a result, MAD Lions must find their team identity once more.