PRINCE William and Kate Middleton enjoyed a family day out with George to watch England play Wales in the rugby.

The Duke and Duchess of Cambridge were in direct competition at Twickenham Stadium for the first match Kate attended since becoming patron of the Rugby Football Union. 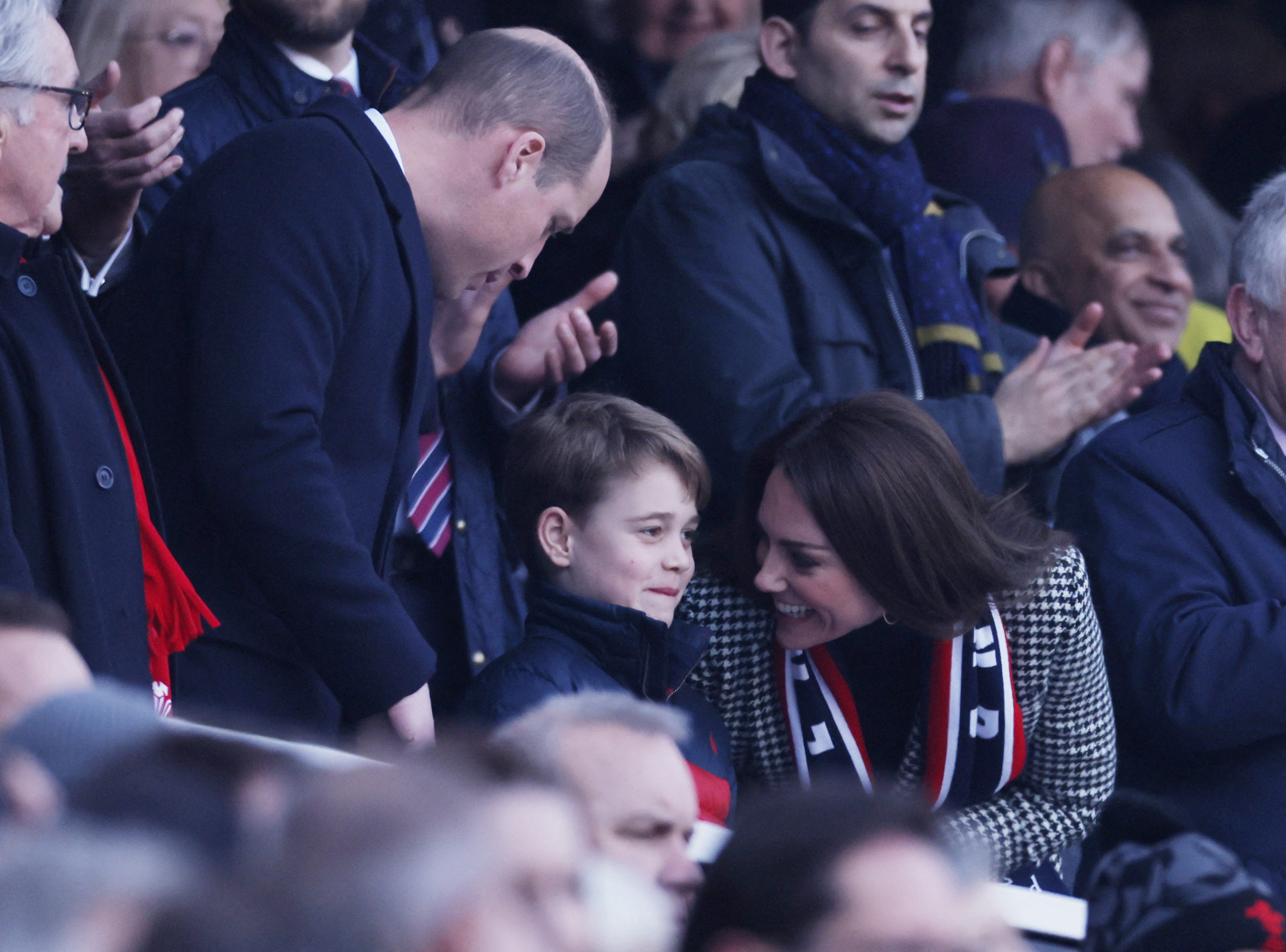 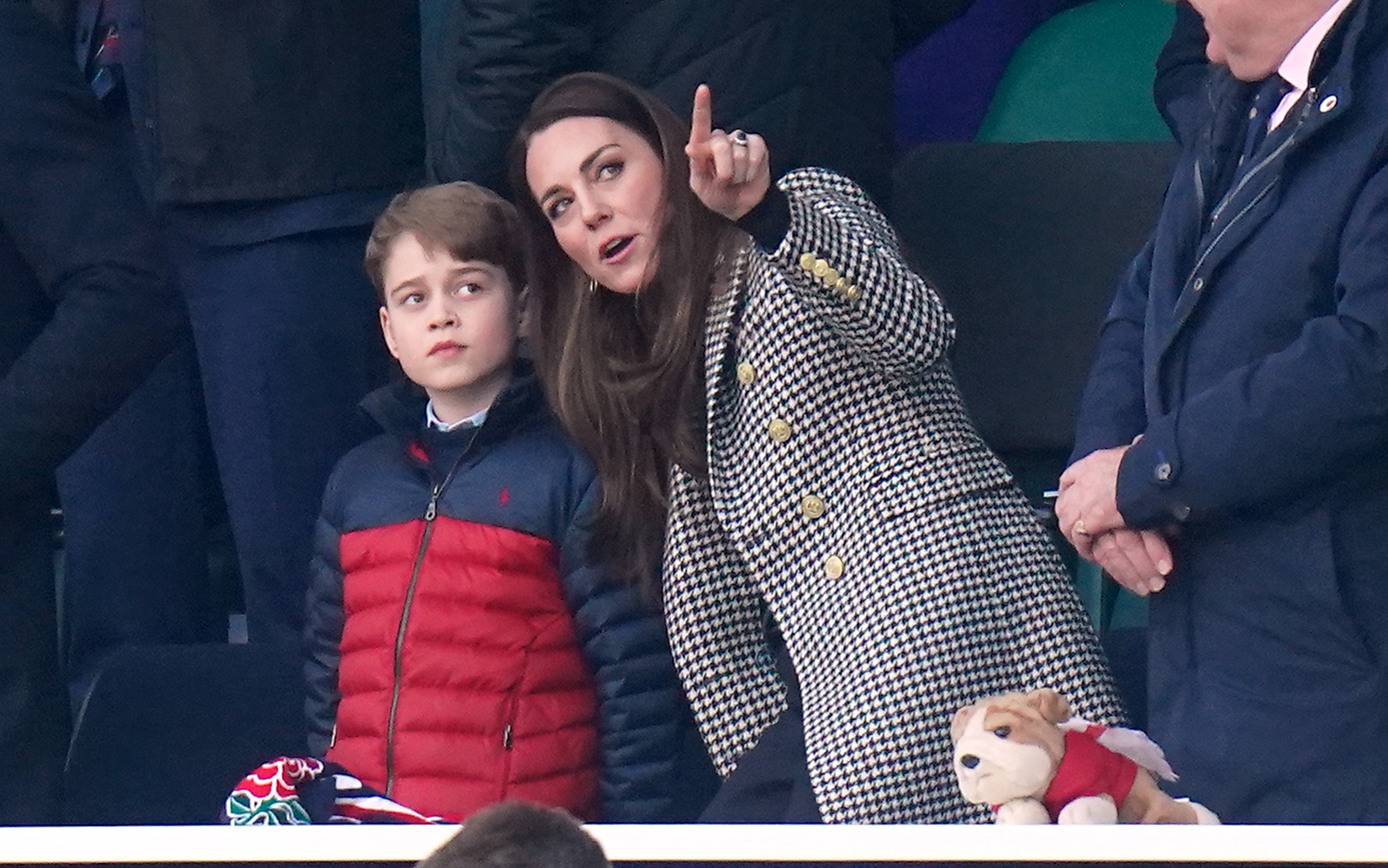 The Duchess of Cambridge was seen pointing things out to their eldest sonCredit: PA

William has been patron of the Welsh Rugby Union (WRU) since 2016.

George sat in between his mother and father at the game.

Kate, 40, was seen leaning down to talk to him, while both parents were seen to point things out to him.

The young prince was wearing a navy and red jacket, matching his father’s choice of colours, while Kate wore an England scarf over a black and white houndstooth jacket.

The Duchess, known for her love of sport, said earlier this month she was “very proud” to become the RFU’s figurehead, a role that used to belong to the Duke of Sussex.

Kate grew up watching England rugby games with the Middletons, and the family would plan their weekends around international matches.

At an England training session earlier this month, she laughed when player Ellis Genge asked her about the new rivalry with William and admitted it would “make things interesting”.

The Duchess also told of her children’s enthusiasm for rugby, saying George plays the sport at school and three-year-old Louis likes to be in the “middle of everything”.

She is the first member of the royal family to officially receive one of the Sussexes’ past royal patronages, which they were stripped of post-Megxit.