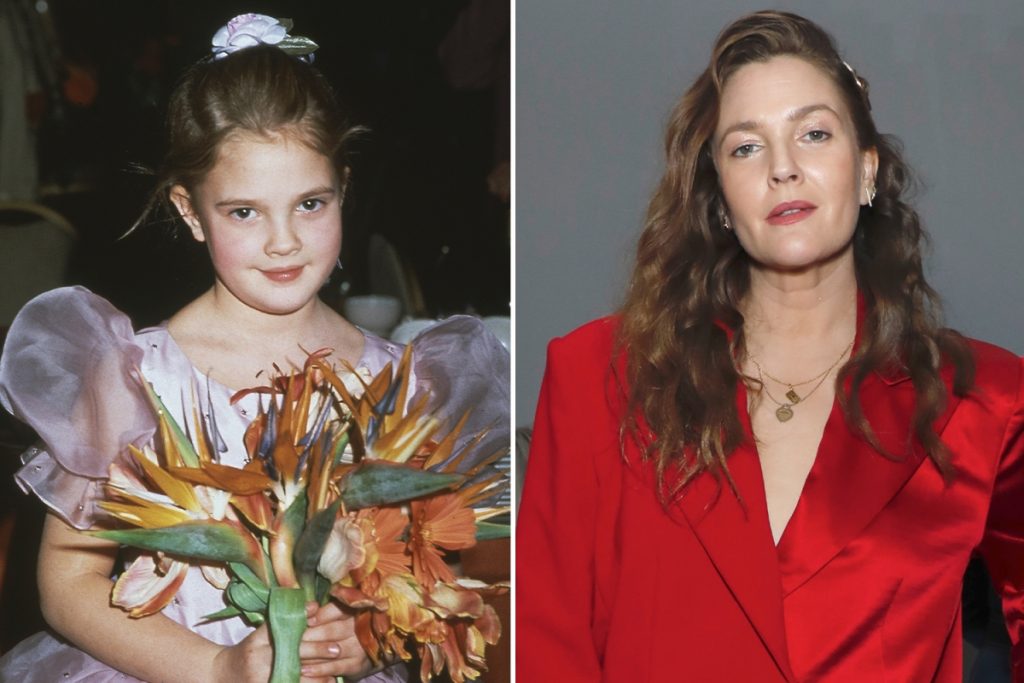 Drew Barrymore through the years: see the star’s transformation as the 40th anniversary of E.T. approaches

DREW Barrymore grew up in front of the world, evolving from the cute little girl on E.T. the Extra-Terrestrial to an awarded actress, mom, and television host.

As the 40th anniversary of E.T. approaches, here is the beautiful transformation of Drew Barrymore. 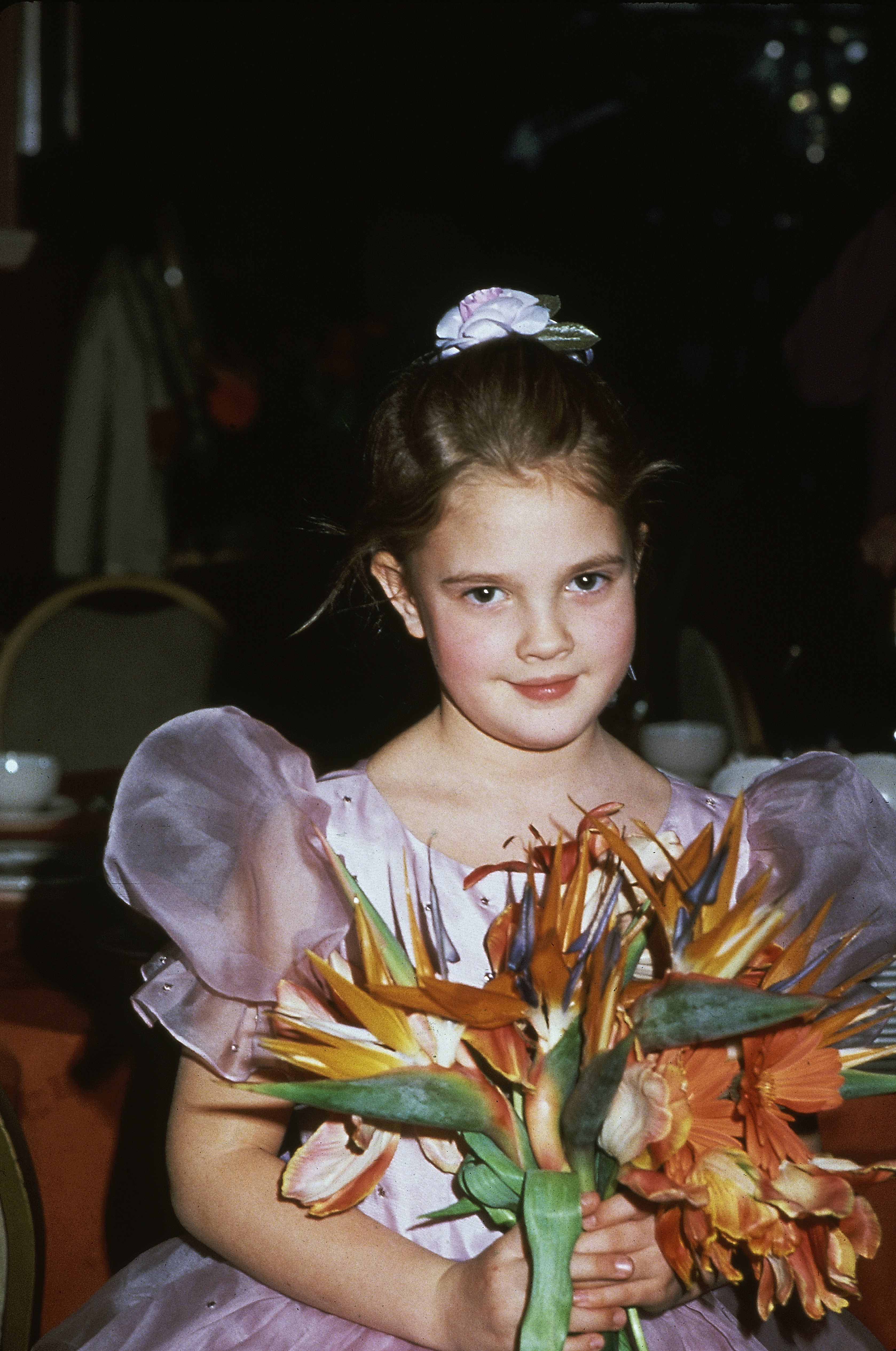 Drew Barrymore was born into a family of distinguished artists.

Her grandfather was the legendary actor John Barrymore and his siblings were Oscar winners Ethel and Lionel Barrymore.

Their father was Maurice Barrymore, an Indian-born British man who was a successful actor in the 1880s.

Unsurprisingly then, Drew’s parents, Jaid and John Drew Barrymore, were also actors, although their alcoholism greatly stunted their careers.

Due to her family’s iconic involvement in Hollywood’s history, Drew was naturally put into acting and landed her first gig at just 11 months old: a commercial for Gaines-Burgers dog food.

Drew continued to receive small roles – which her single mother used to help pay the bills – but none of them were spectacular.

It was when she landed the role of Gertie, the younger sister of the boy who befriends the alien in E.T., that her career really took off.

In a 2015 appearance on The Ellen DeGeneres Show, Drew admitted she may have only gotten the attention of Steven Spielberg, the director of E.T., thanks to a myriad of lies she told him about herself while on the set of Poltergeist, which she was originally trying to land a part in.

“I told him I was in a rock and roll band — that I was a drummer, of course.

“Because drummers are the coolest. … I felt like I had him in my butterfly net.

“I was so excited,” she recalled.

Steven ended up telling Drew she wasn’t right for Poltergeist but invited her to audition fot E.T.

Of course, she landed the part, which opened the world of acting up to Drew in a way she had not yet experienced. 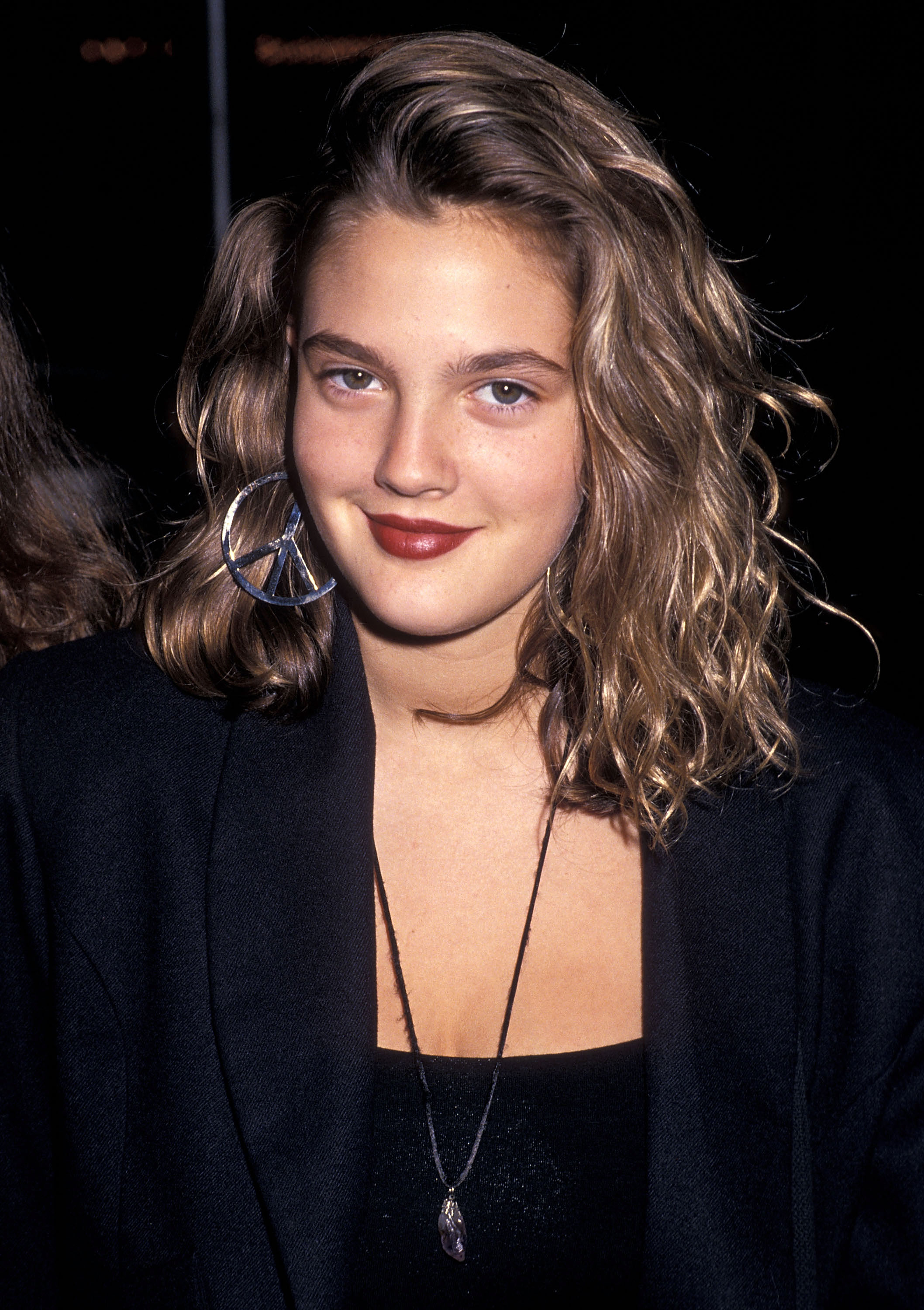 Drew Barrymore was 14 years old when she became a legal adultCredit: Getty

Her father was abusive and also had drinking problems.

She had a fairly distant mother-manager who seemed to enjoy cashing in on her daughter’s star power.

This resulted in late nights for Drew, who would infamously attend social rendezvous with her mothers at Studio 54 multiple times a week as a school-aged girl.

In her 1990 book, Little Girl Lost, Drew said the constant parties were like “Disneyland for adults,” but she had a special pass.

This is when she was introduced to alcohol and drugs, and by the age of 12, she had already been in rehab once, regularly drank and smoked cigarettes, and was playing with marijuana and cocaine.

In an interview with the Guardian, Drew said she was at her “lowest” point at the age of 13, when she felt lonely and angry.

When she was 14, her mother admitted her into to a rehabilitation center once again.

“I was in a place for a year and a half called Van Nuys Psychiatric,” Drew shared in a 2021 interview with Howard Stern.

“And you couldn’t mess around in there and if you did, you would get thrown either in a padded room or get put in stretcher restraints, and tied up.” 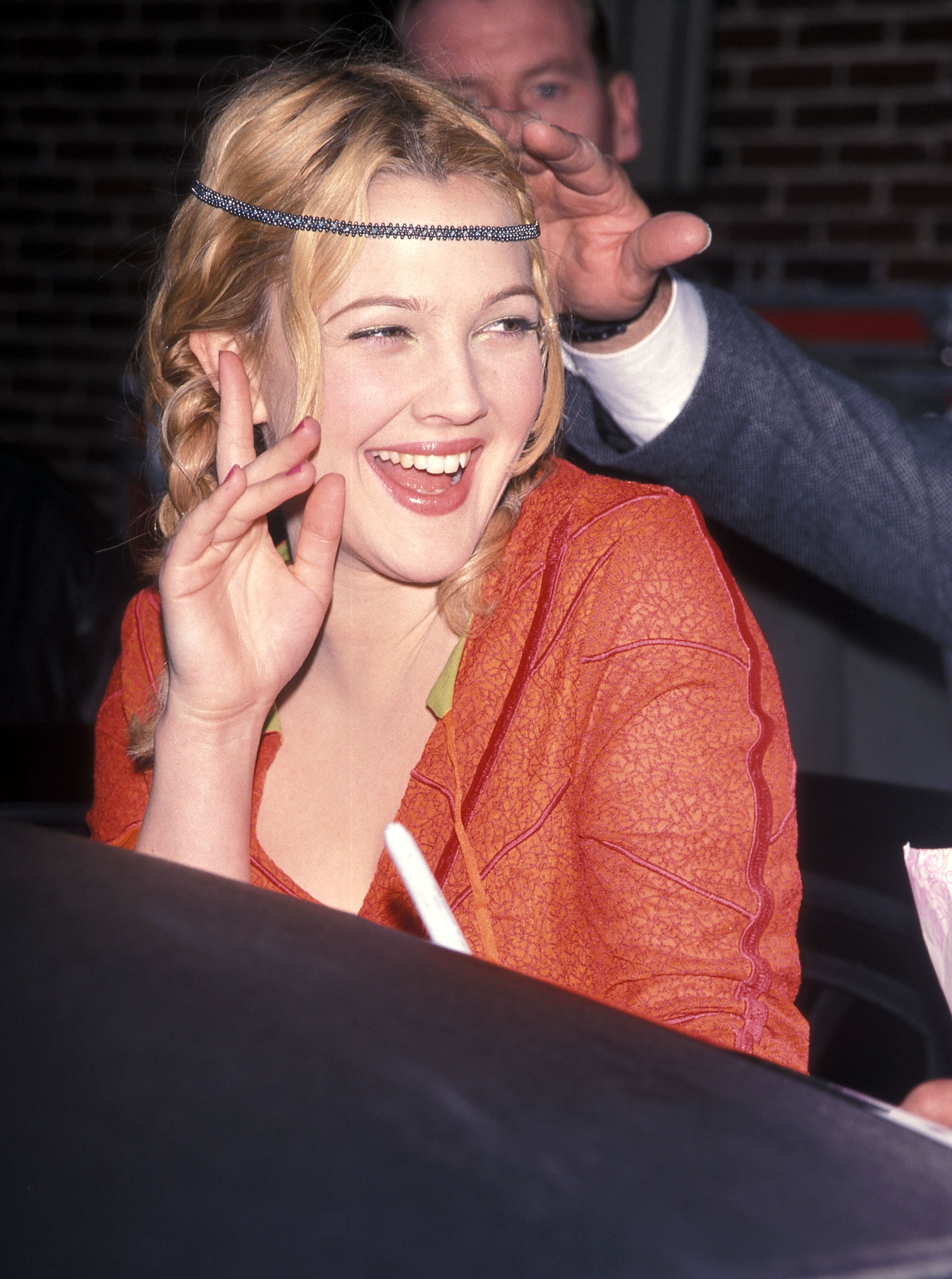 Drew Barrymore had a thriving film career in the 1990sCredit: Getty

Drew Barrymore was legally emancipated from her parents at the age of 14 and worked hard to put her life back together.

By the end of the 1990s, she was at the top of Hollywood once again, having landed roles in major films like Poison Ivy, The Wedding Singer, and Never Been Kissed.

She told The Guardian she had the time of her life once she was back on the right track, calling her twenties to mid-thirties “a blast”.

“I thought: ‘How am I getting away with this?

“‘I’m really being quite playful, yet still doing a lot at work,’” she recalled.

“If I felt like doing something, I just did it.

“And it was pretty liberating.

She also got married twice during this time.

She first married a bar owner, Jeremy Thomas, at the age of 19 and then tied the knot with comedian Tom Green in 2001. 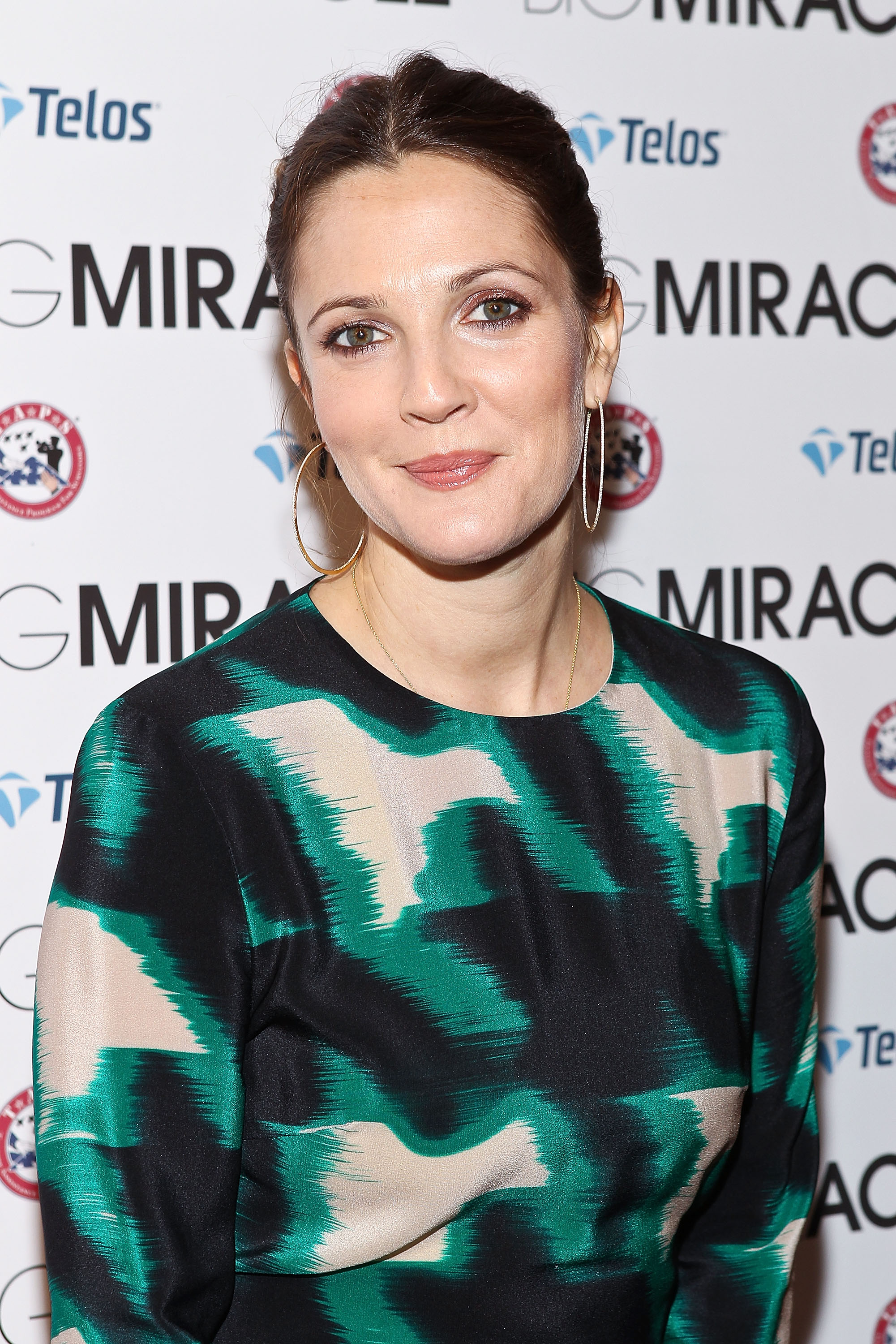 Amid a still-bustling career, Drew married art consultant Will Kopelman in 2012, and had two kids with him.

Unfortunately, that marriage dissolved in 2016, which was a serious trigger for Drew because she grew up with divorced parents.

“Divorce was my worst fear,” she told The Mail on Sunday’s You magazine.

“It was something I never wanted to put my own children through.”

While she felt “broken” over the fact that her children would have to live life with separated parents, she knew she would do her best to give her kids a far safer childhood than she experienced.

“I’ve got love and humor but we’re all learning on the job.

“I don’t want to be my kids’ friend – I am their parent,” she stated

“I hope my experience growing up in an industry toxically riddled with vanity can help me be better with my kids.” 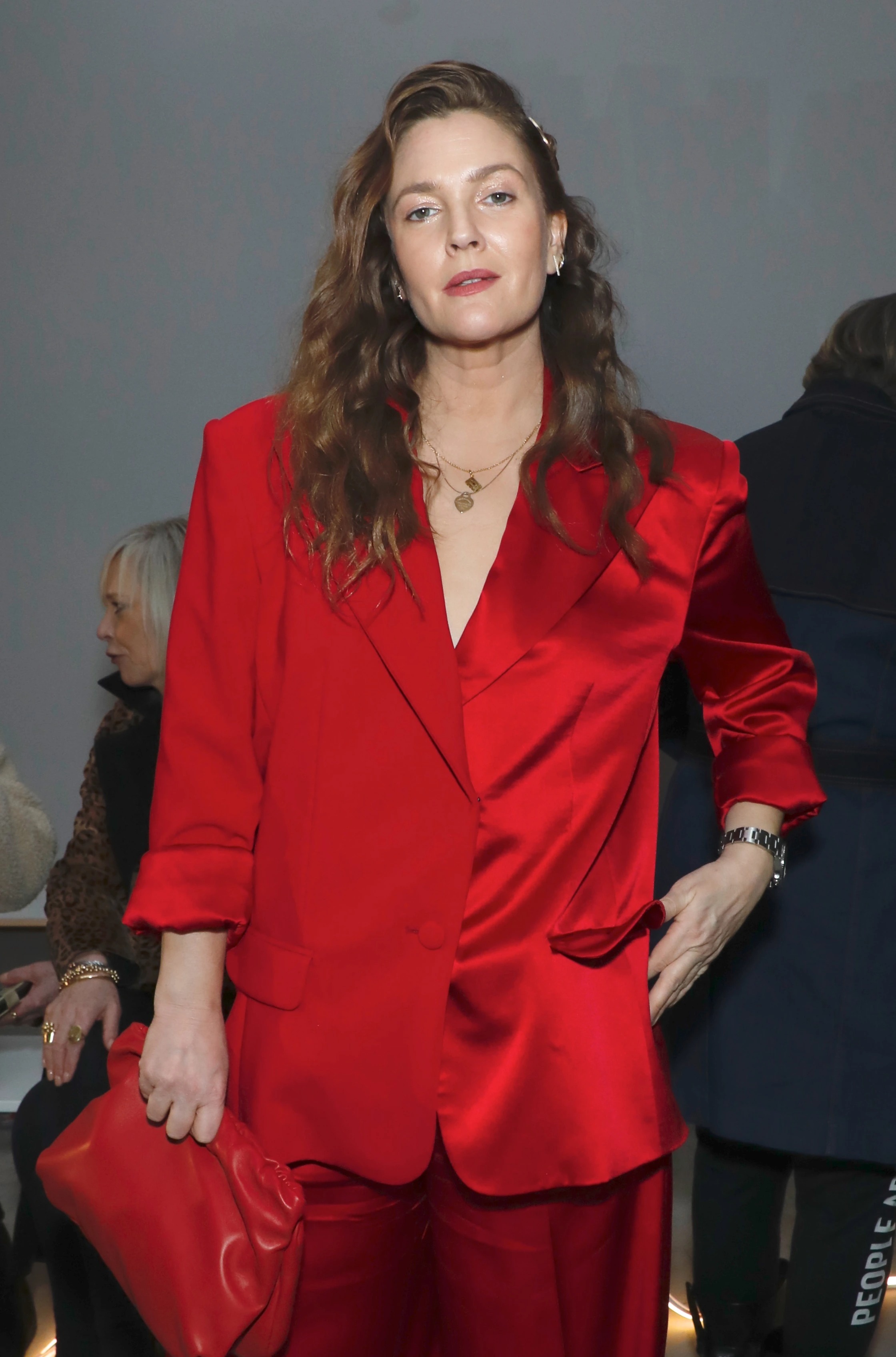 Drew Barrymore has been very open about her highs and lowsCredit: Rex

Drew has more than 70 acting credits on IMDb at the time of this writing, and that does not her resume of work behind the camera.

She seems to be absolutely thriving with her television and film career, plus with her other ventures, such as her drugstore beauty brand, Flower Beauty.

In 2021 she even landed a syndicated talk show, The Drew Barrymore Show.

Despite all the ups and downs of her childhood and teenage years, Drew seems genuinely at peace with her life.

After a long period of estrangement, her mother is back in her life, which she opened up about on Howard Stern’s SiriusXM show in 2021.

“I’m really glad there is healing there.

“I feel goodness toward my mom.

I feel empathy and understanding,” she explained.

She added that they have strict boundaries with each other, but share “respect” for one another.

And in an emotional segment of her talk show, she took viewers on a tour of Los Angeles, which included the psychiatric center that helped her turn her life around when she was a teen.

“I’m just so happy with my life.

“I don’t know if I would have the life I have if it wasn’t for a place like this,” she explained with tears rolling down her face.

“So, it was so important to come here today and just honor this.”