A WOMAN has revealed she paid $300 (£223) to get her hair put into a very simple style, and when she got home she was horrified by what she’d paid for.

A TikTok user who goes by the name journeymontana shared the disappointing results of her hair appointment with her followers. 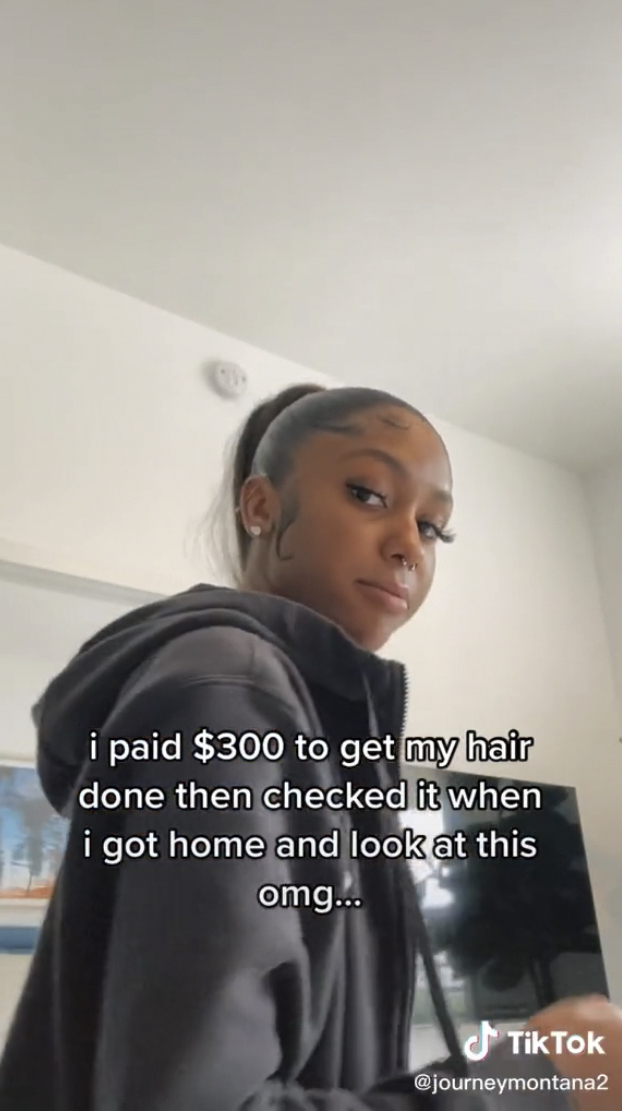 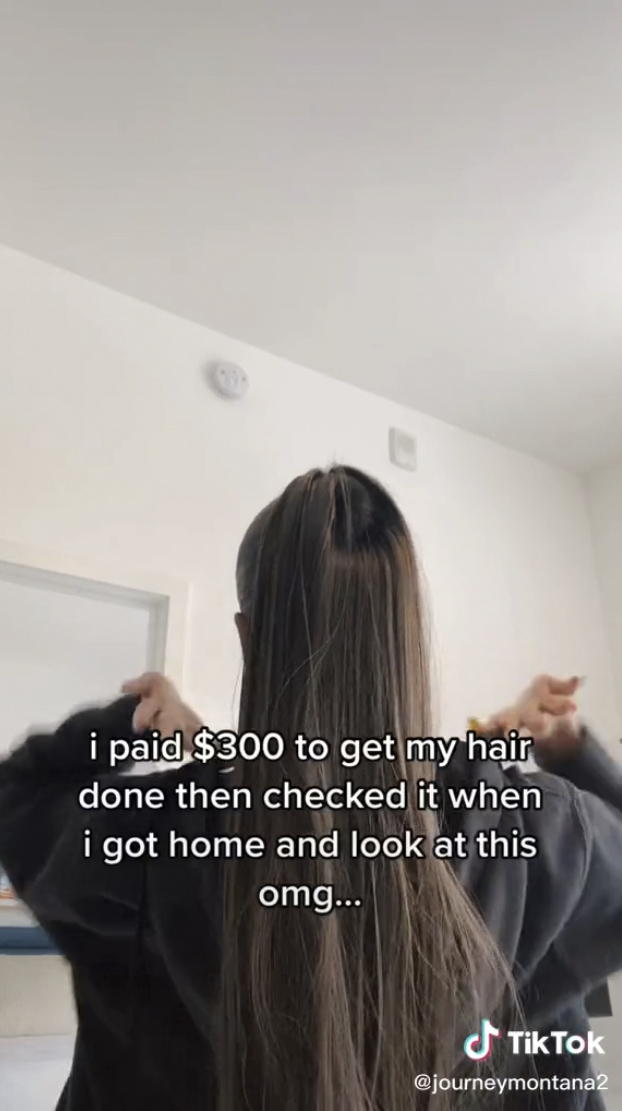 But it’s totally obvious where the extensions begin as there’s a big gapCredit: TikTok

In the clip, she films the back of her head so she can take a look at the ponytail.

It’s completely obvious where the extensions start, as there’s a large gap at the top of the ponytail, revealing where they join.

She wrote: “I paid $300 to get my hair done then checked it when I got home and look at this omg.”

“I cried when I realised”, she added.

The clip amassed 620,000 likes and commenters were astounded that she had spent so much money on the style.

“That’s your business for paying $300”, wrote one shocked viewer, while another said: “Um, for a ponytail?”

“Why did you pay $300 for a ponytail in the first place?”, asked one unsympathetic commenter.

Another added: “She took advantage of you being gullible… because baby listen ain’t NOBODY PAYING THAT FOR A REGULAR STYLE”

One simply said: “You got scammed.”

The TikTok user had an event that night, and viewers were dying to know how she fixed it in time.

She revealed that she had to opt for a different style, using hair bands to bunch the ponytail, in order to be able to go about her business.

She said: “Pinning it didn’t work, so I called my mom.”

The TikTok user and her mum fortunately managed to get her hair looking great in time for the event.

Speaking of beauty blunders, this woman the hairdresser for basic ombre…what she ended up with was NOTHING like the picture.

Plus, a woman was left furious after spending £730 on a haircut – only for her locks to fall out in chunks just days later.

Meanwhile, this woman suffered a severe allergic reaction after getting her brows laminated.