ONE WOMAN shared how she was left with a bright red nose after one of the stitches of her rhinoplasty didn’t dissolve.

The social media user named Josie Cremont shared a video explaining what could potentially happen to anyone after the surgery. 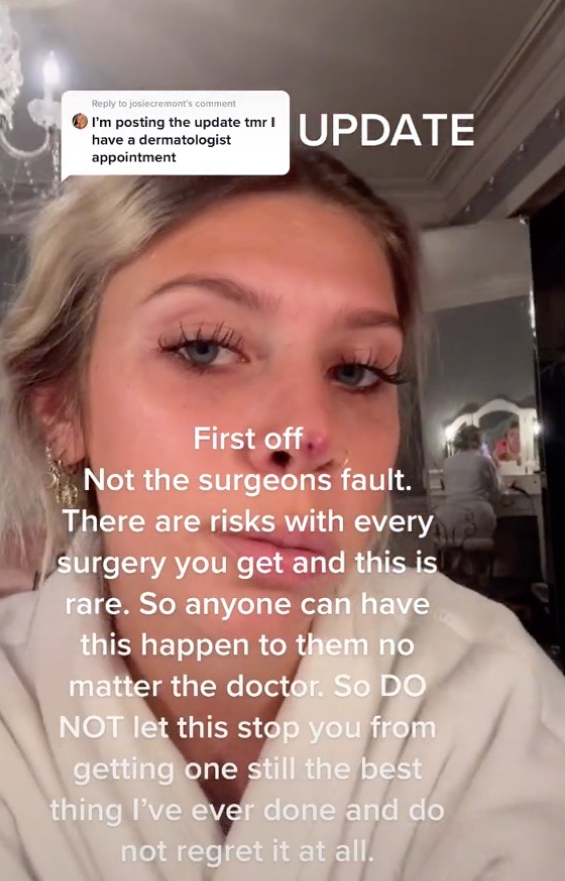 One woman’s nose job got infected but she doesn’t blame her surgeonCredit: TikTok 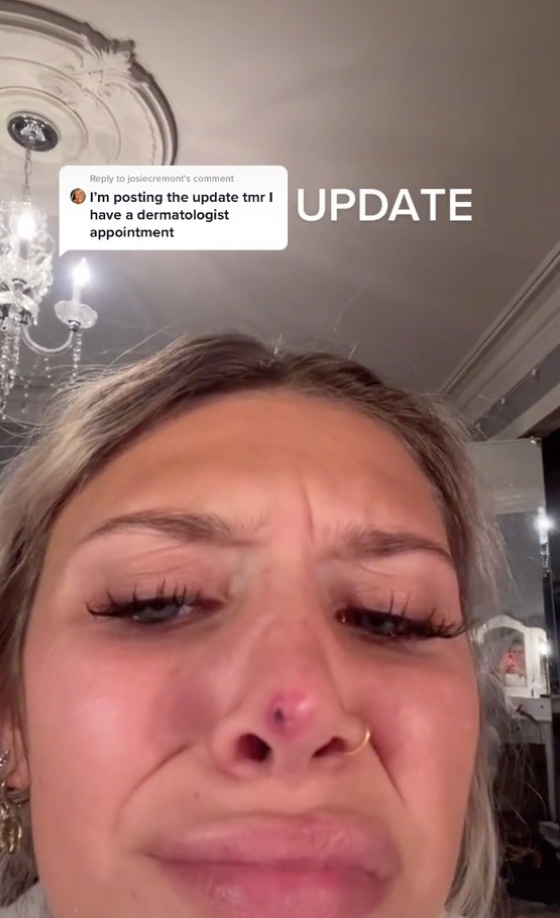 The tip of her nose became very red and inflamedCredit: TikTok

Taking to social media, Josie showed off her bright red nose with the words: “Your sign to not get a nose job.”

Despite it being a result of her surgery, it simply looked like a really bad pimple.

But fret not because after going to a dermatologist, she explained that this was not her surgeon’s fault, but rather something that could happen to anyone.

“There are risks with every surgery you get and this is rare,” she said.

“Anyone can have this happen to them no matter the doctor.”

Her dermatologist explained that it was simply an undissolved stitch making its way out – but sadly, it had gotten infected.

To prevent a worse infection, she was put on antibiotics for a month.

Following her post, a user compared her shiny new nose to Rudolph the Red-Nosed Reindeer, saying: “Rudolph but make it year-round.”

Despite the comments, Josie loves her newly-shaped nose and is very understanding of the situation.

According to plastic surgery experts, symptoms of infection can include increased redness, warmth, and pain at the incision site.

She told her viewers not to be scared of nose jobs, saying: “DO NOT let this stop you from getting one.”

A former plastics worker commented on her video, saying: “Coming from someone who worked in plastics, it’s SO refreshing seeing a patient who understands that shit happens, it’ll heal soon.”

Since sharing her story, Josie has posted multiple videos of her confidently embracing the red spot on her nose.

Another woman who wanted to fix her face spent her entire student loan on a nose job, claiming it was completely worth it. 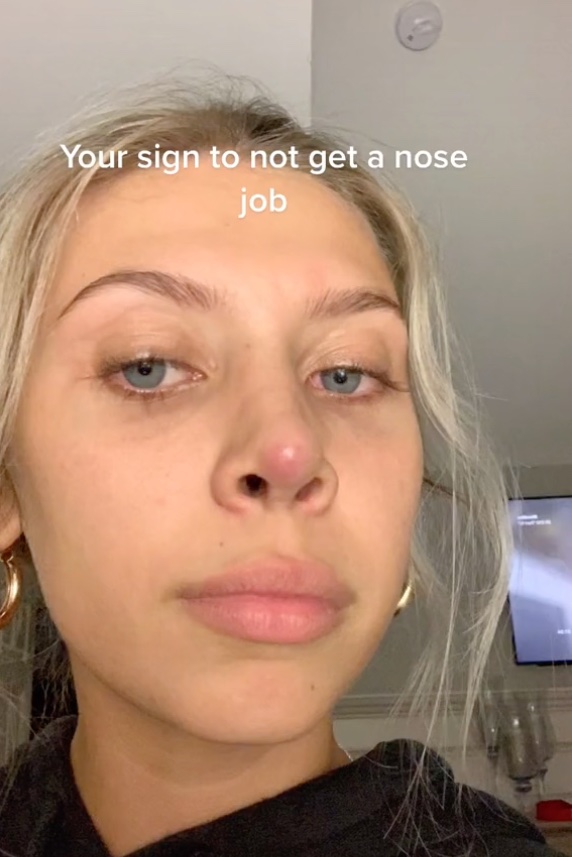 Josie was given antibiotics and cream to help heal her noseCredit: TikTok 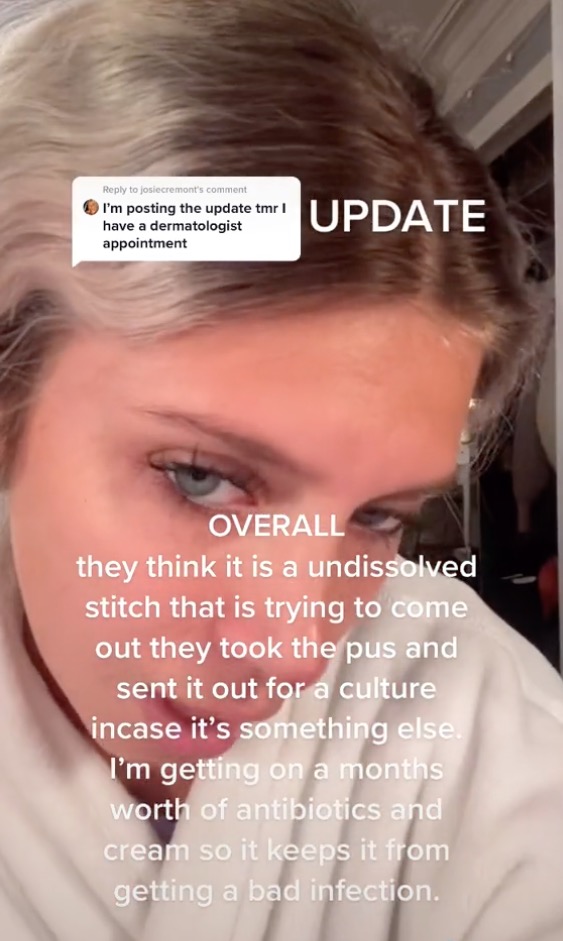 She is still happy with the shape of her nose, despite the infectionCredit: TikTok