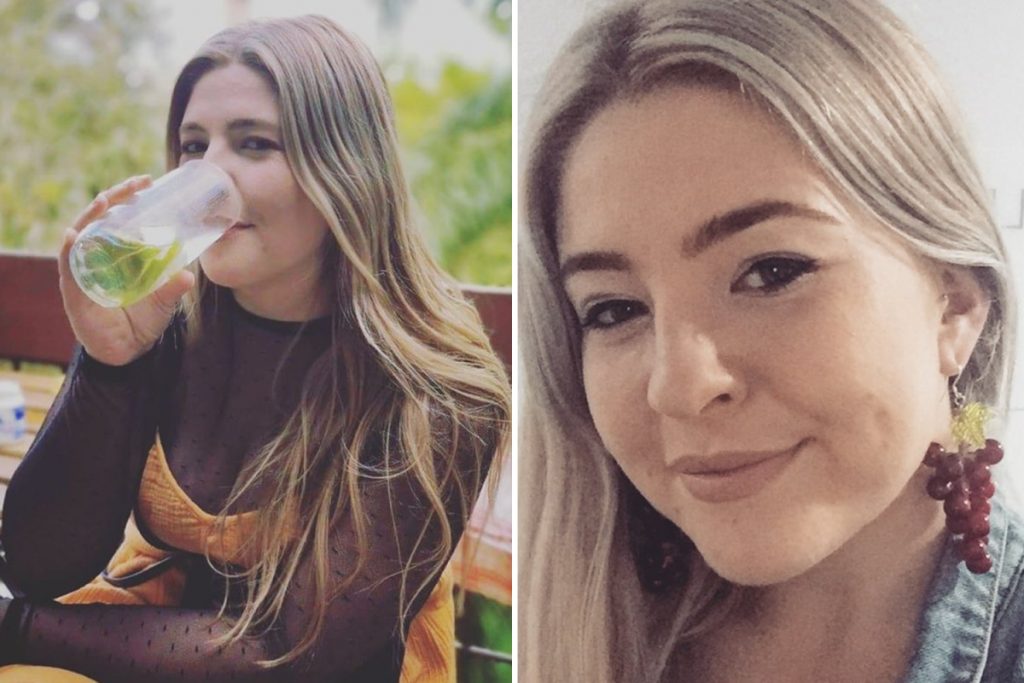 A YOUNG woman has revealed how a bloke “turned abusive” and called her “vile” names after refusing to meet up with him for sex – which eventually got him fired from his job.

Ebonie Sanderson, 26, matched with the Sydney man on the popular dating app Tinder before he began messaging her insisting they meet up that same night – a request she “nicely” declined. 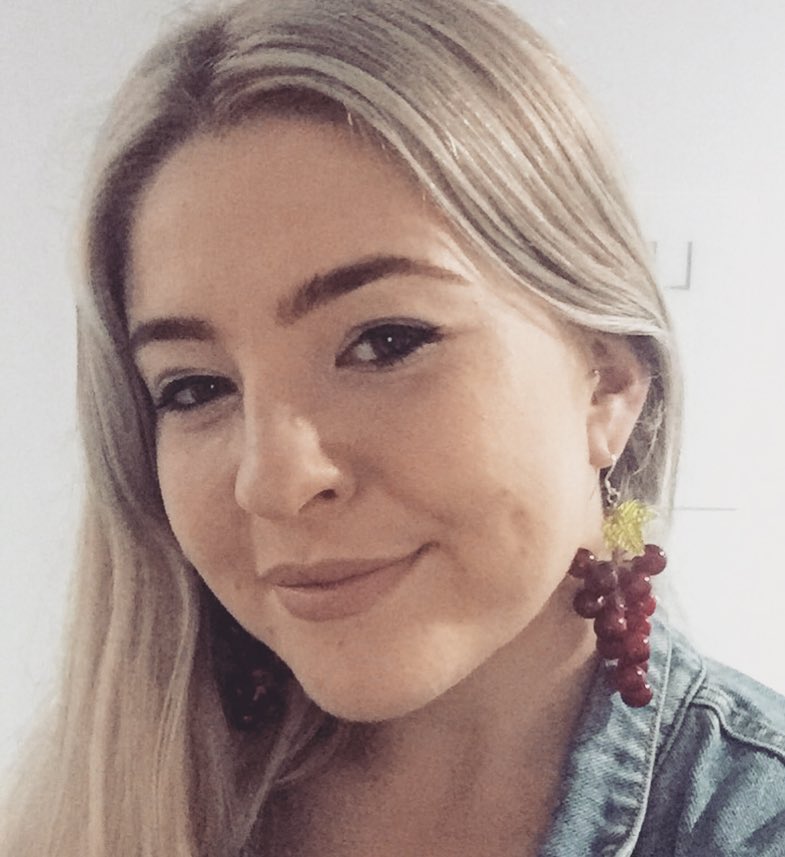 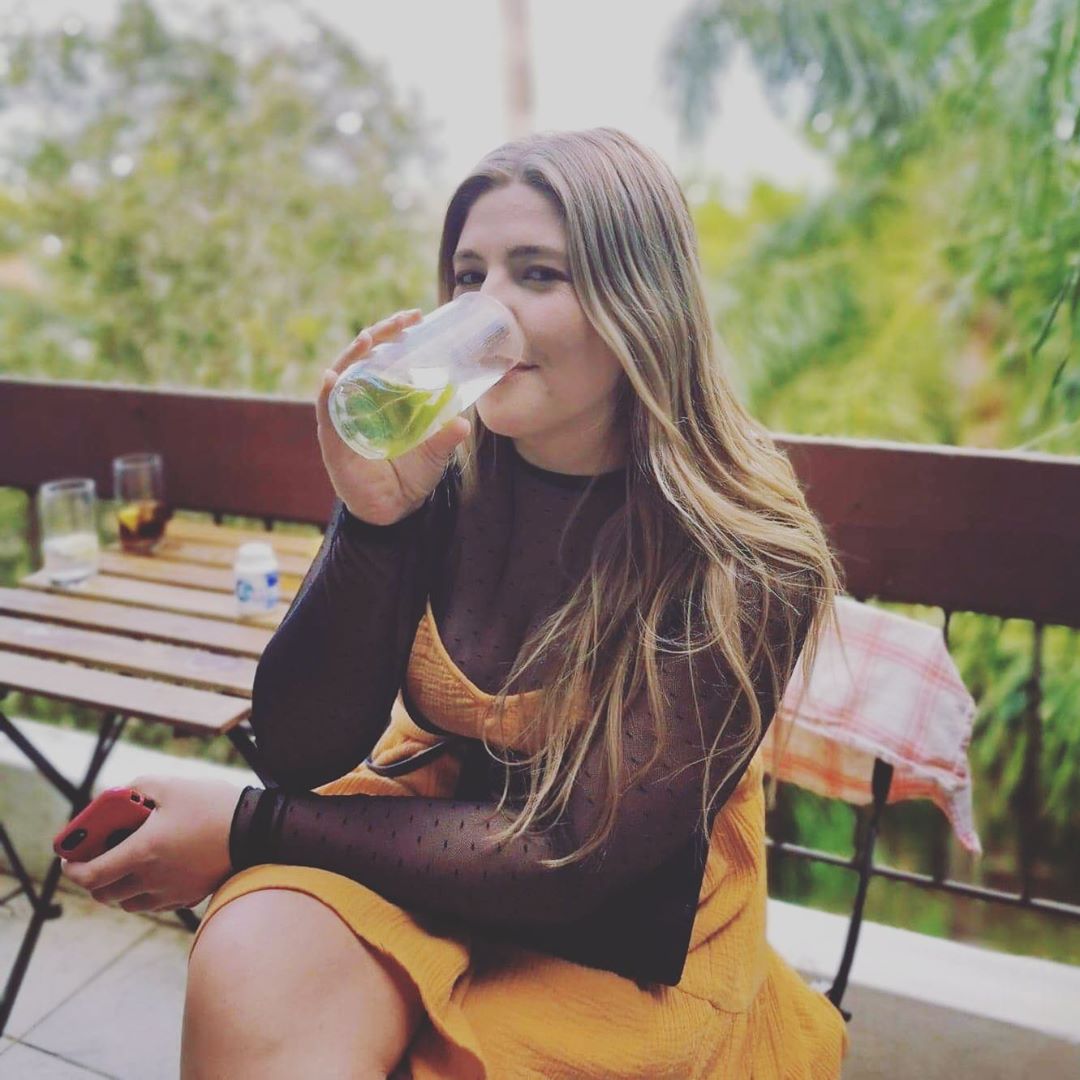 The Aussie woman was shocked by Tom’s remarks and has warned other woman about himCredit: Instagram

Not taking the rejection well, the man – who was later identified as Thomas McGuirk – supposedly lashed out at Ebonie who shared audio clips on Instagram, warning other women to stay clear of the “privileged misogynistic PIG”.

In the audio messages, the singleton who’s said to be from Sydney’s Bondi, called her a “disgusting fat pig”, before calling her “f***king ugly and claiming she was only good for “one f**k”.

Her post quickly gained the attention of many women online, including well known Australian feminists Clementine Ford and Nadia Bokody.

Since her post went viral, multiple other women came forward and admitted they too received the same treatment from him.

The man’s employer also caught wind of the ordeal and revealed he’d been fired from his job.

“I never ever imagined my post would be seen and heard by this many people, but there has been an overwhelming amount of girls come forward and share their awful experiences with this man,” Ebonie told News.com.au.

“He deserved to lose his job, his CEO did an amazing job at taking action and firing him effective immediately.”

Ebonie went on to explain that while she never expected her post to blow up, this sort of “awful behaviour” is sadly all too common. 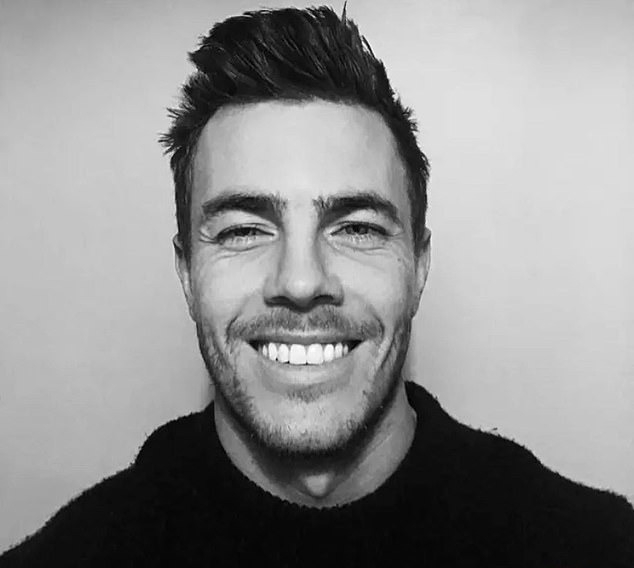 The Sydney man has since been identified as Thomas McGuirk and has had his Tinder profile blockedCredit: Tinder 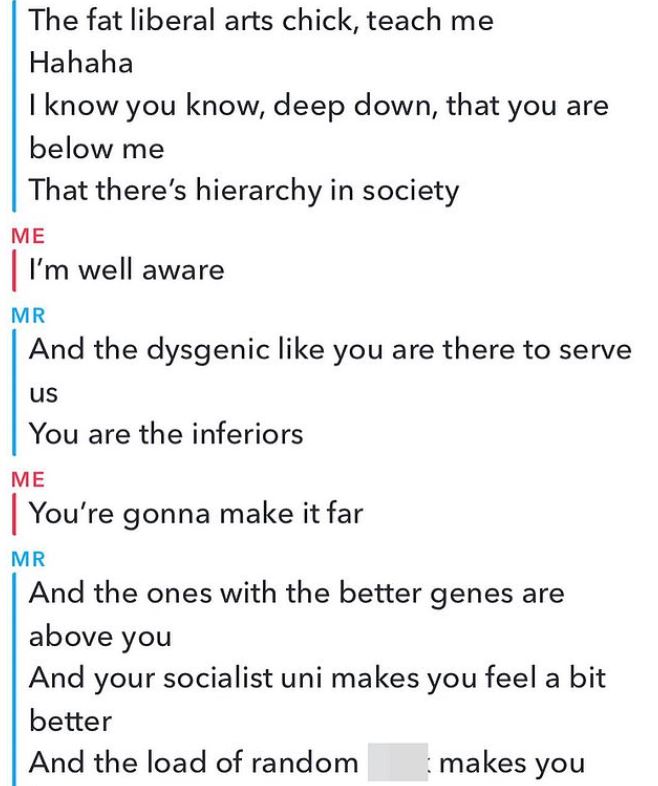 Over 20 women have now come out saying they also experienced his verbal abuseCredit: Instagram

In her original post on Instagram, she wrote: “This is what happens when you say NO or call out a man for being disrespectful!!!

“You apparently earn yourself the right to get verbally abused and fat shamed on more than one platform.

“No I didn’t ‘ask for it’ and yes, I’m entitled to change my mind and tell someone I’m not interested anymore because I feel uncomfortable and intimidated by ones aggressive and forceful nature.”

She continued by saying that the worst part about this attack is the fact that “I felt the need to be nice” when turning him down, telling him “he’s good looking and will find someone else for the night”.

And added that the problem is that she felt the need to apologise.

Ebonie warned: “If anyone comes across this man on dating apps or social media, please report him. I managed to video call and he answered and appeared to in fact be this very man in the picture…”

She has since updated the post saying there are now “well over 20 women” that have come forward and shared their own experience with the man.

Ebonie also confirmed she’s received an email from the man’s workplace to confirm that he’d been fired from his job after multiple people emailed the CEO demanding action.

According to News.com.au, the man’s employer Invenco Pty Ltd issued a statement, stating was there was “no place in our workplace for someone who treats women with that amount of disrespect”.

“I strongly reject any behaviour of this kind, at any time, in any place, for any reason. There is no excuse that makes this ok – ever.”

Dave added: “As soon as I heard the recordings and saw the images, I instantly determined this as an act of serious misconduct.

“Prior to his termination, he was a very new hire for Invenco and had only been in his role for 6 weeks.

“Had we been aware of the serious misalignment in core values he would not have been hired for any role at Invenco.”

According to News.com.au, Tinder also took action, removing the man’s dating profile from the app.

A spokesperson told the publication: “We take the safety and security of our members very seriously and have a zero-tolerance policy for online harassment.”

Adding: “The profile in question was removed from Tinder after being reported.”

Many people took to the comments section of the Instagram post in support of Ebonie and the other women who fell victim to the “vile” abuse.

“I feel sick that you had to go through this,” one commented.

And another shared: “You are gorgeous and the way he spoke was just insane,” another said. “I’m so sorry that happened to you, what a horrible human.”

While many others labelled the behaviour “vile” and “disgusting”, adding Ebonie was incredibly “brave” to speak out. 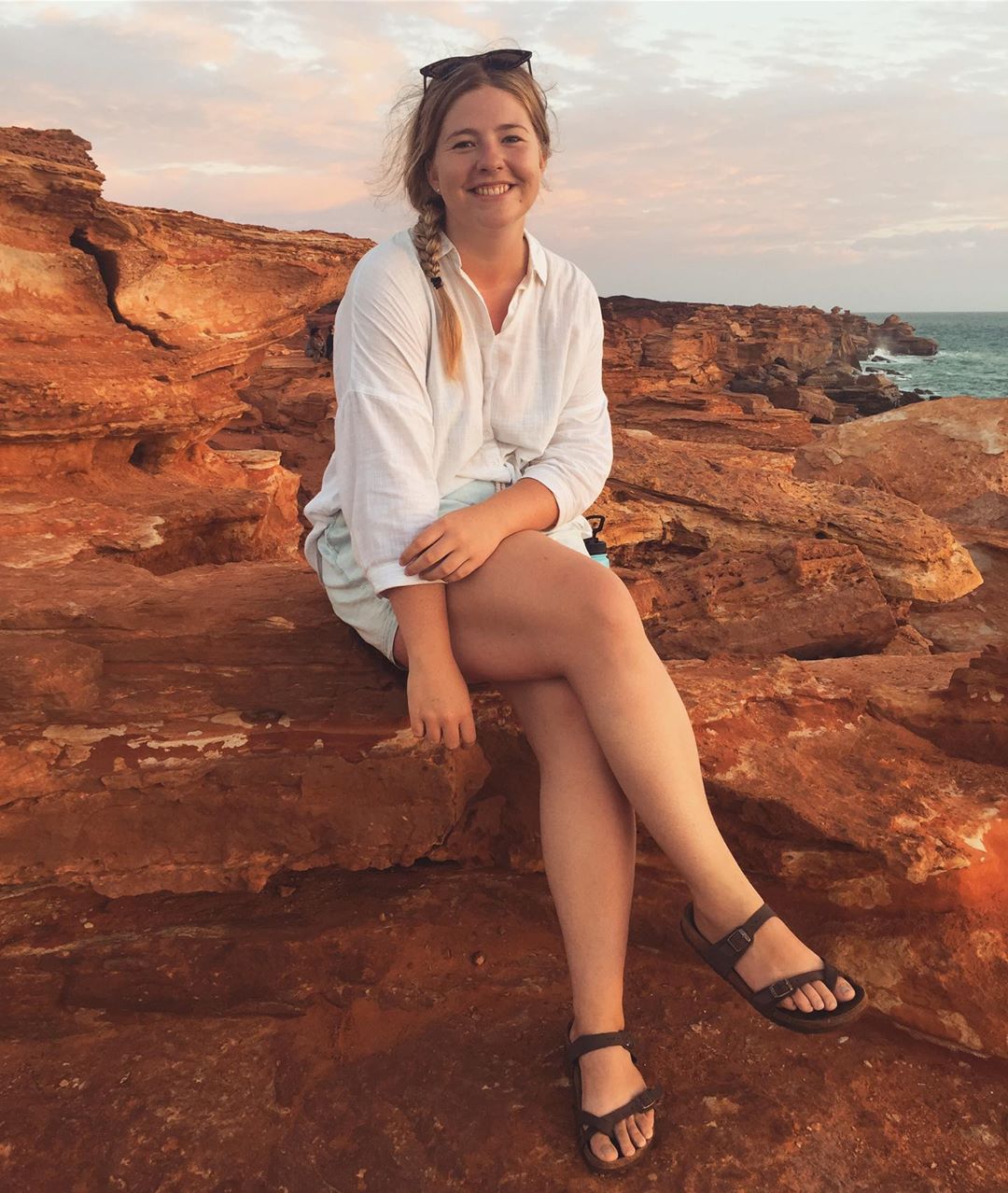 Ebonie says she regrets ‘being nice’ to him to start withCredit: Instagram 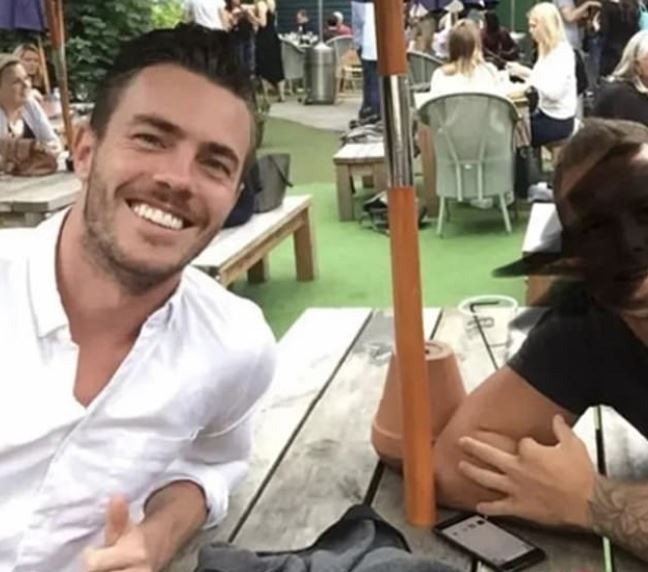 Tom, who worked for Australian company Invenco Pty Ltd, has since been fired from his job as a result of his behaviourCredit: Tinder

For more relationship news, a bloke has been slammed for proposing to his girlfriend while she was on the LOO… and then buying a sex swing to celebrate.

We also shared how a scorned wife outs her ‘cheating’ husband by sticking up flyers around their area, but people say she’s in the wrong.

And a bloke was banned from Tinder for catfishing… and it was all because of a bizarre Baby Yoda photo.