A WOMAN was left in tears after her tattoo artist gave her a completely different design from the one she had originally wanted.

In the car after her tattoo session, she recorded a video demonstrating the orchid flowers she had asked for and the disappointing result. 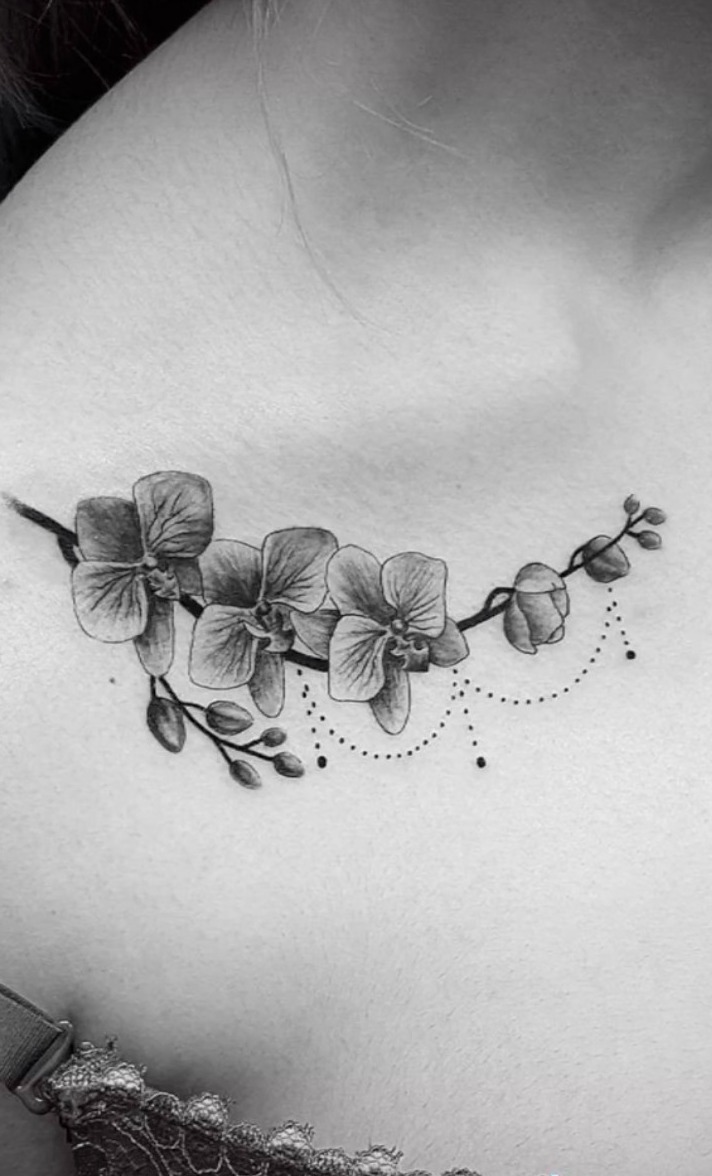 Brooke came prepared with an inspiration photo for her orchid tattooCredit: TikTok/brookeashlynn3 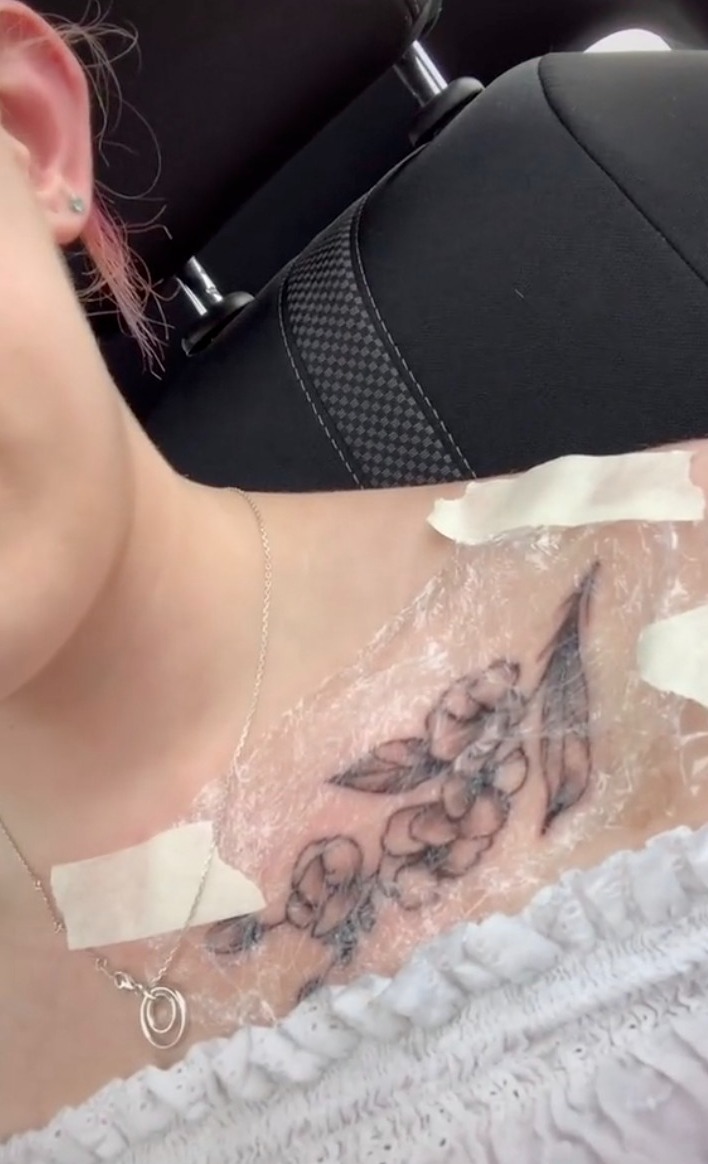 The woman was severely disappointed, saying the flowers looked like ‘cherry blossoms’Credit: TikTok/brookeashlynn3

Brooke Ashlynn addressed her followers while the tattoo was so fresh that it was still covered in plastic wrap.

She demonstrated what she asked for, sharing the inspiration photo that showed a branch of orchid flowers stretching along a woman’s collarbone.

She asked her tattoo artist to make simple adjustments, including leaving out a string of gems from the original design, but the rest remained the same.

“I wanted it to be in that placement, that many flowers,” Brooke said.

She also asked for her artist to add fewer veins to the flowers than the blossoms on her main inspiration.

“I thought it was too dark,” she explained. As a backup, she brought another inspiration photo that used more delicate linework.

Then, Brooke panned down, revealing her collarbone and the tattoo she received.

“They look like f*****g cherry blossoms,” Brooke said. “They are not even orchids like I asked for.”

The distraught customer went on to reveal her tattoo artist had done just what she wanted on the stencil, but then applied it backward, with the stem of the branch near the base of her throat.

Instead of removing the stencil and re-applying it correctly, she said the artist drew a new design freehand with a permanent marker.

The result was a floral design dramatically different than either of her inspiration pictures.

“How is this the same as this?” she asked, showing the inspiration photo once again, then her still-healing tattoo free of its plastic covering.

Brooke didn’t name the tattoo artist or shop in her video, but commenters urged her to call him out.

“I’m frustrated for you. I don’t understand why he didn’t take the time to re-do the stencil,” one commenter chimed in. “This is on the artist.”

Others blamed Brooke for the mistake, accusing her of allowing the tattoo artist to go “too far.”

“I don’t mean to be rude but it’s your job as the client to speak up if you don’t like something,” one TikTok user said.

“He would have redone the stencil if you had said so.”

“It’s your fault for letting him continue you should have been like ‘wait no,'” another person agreed.

Brooke defended herself from those who didn’t know the whole story.

“I actually spoke up many times throughout the appointment trying to redirect it back to orchids but he just didn’t listen and laughed it off,” she said.

Defending the decision, she added, “would you want an unfinished tattoo? I don’t think so.”

A different woman was happy with a “cute” new tattoo she got on a Las Vegas trip, but people were horrified when they learned the price.

And a tattoo artist opened up about the trendy designs he hates receiving requests for. 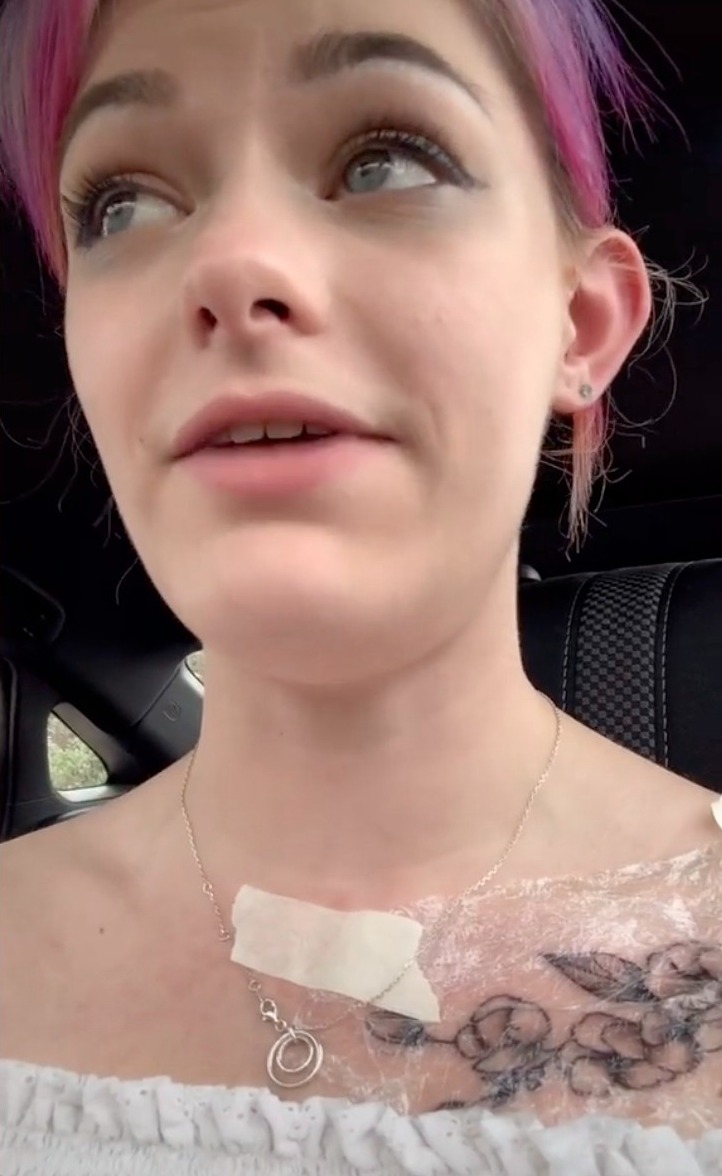 The TikTok user told followers that she ‘felt like crying’ after the appointmentCredit: TikTok/brookeashlynn3 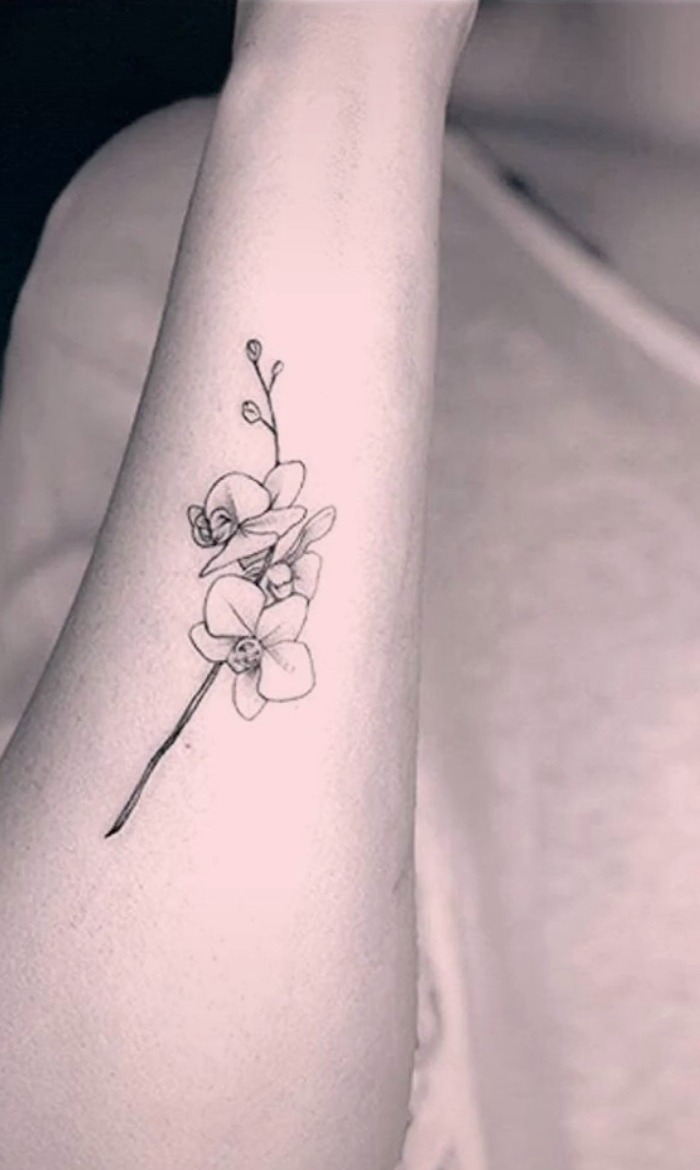 She brought a second inspiration photo to show the lighter shading she wantedCredit: TikTok/brookeashlynn3