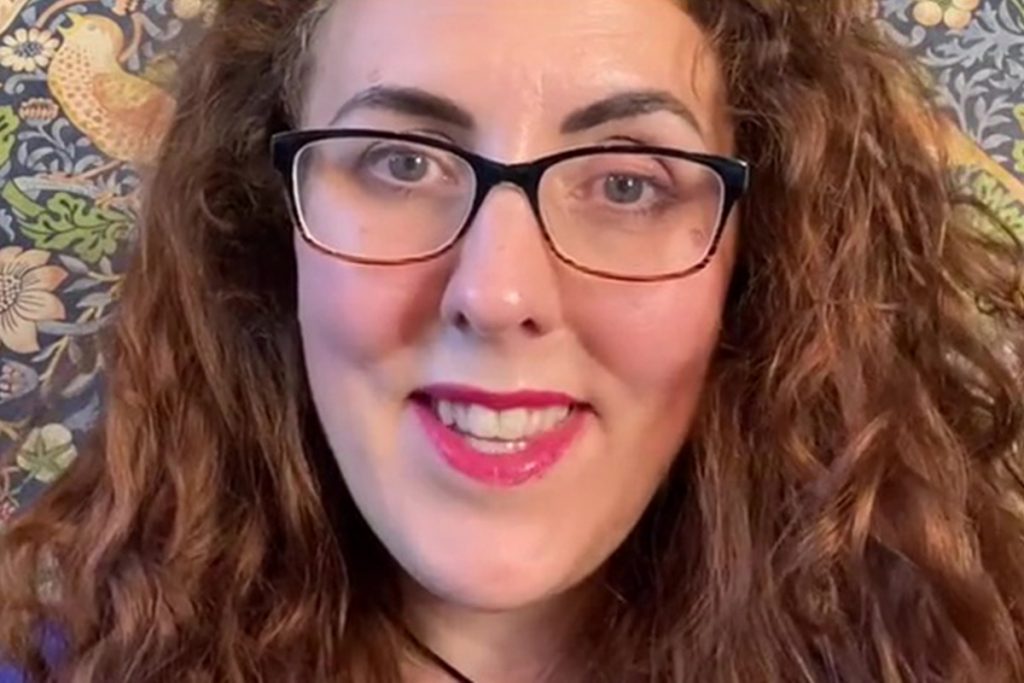 I’m a child expert & you should NEVER pay your kids to do chores, you’re creating an ‘If, Then’ kid which is awful

LET’S be honest – if we didn’t pay our kids to do their chores then their bedrooms would constantly resemble a pigsty.

That said, we’d always justified it to ourselves as teaching our little ones that they have to earn their money in the real world. Right? 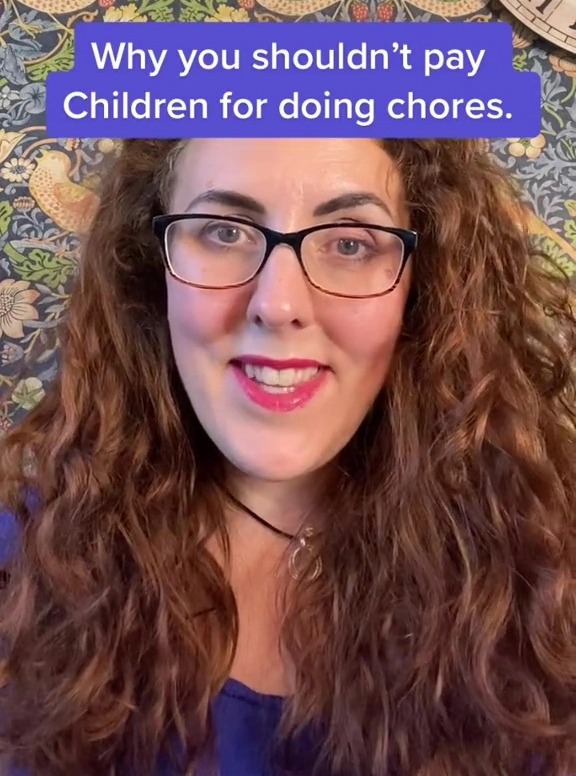 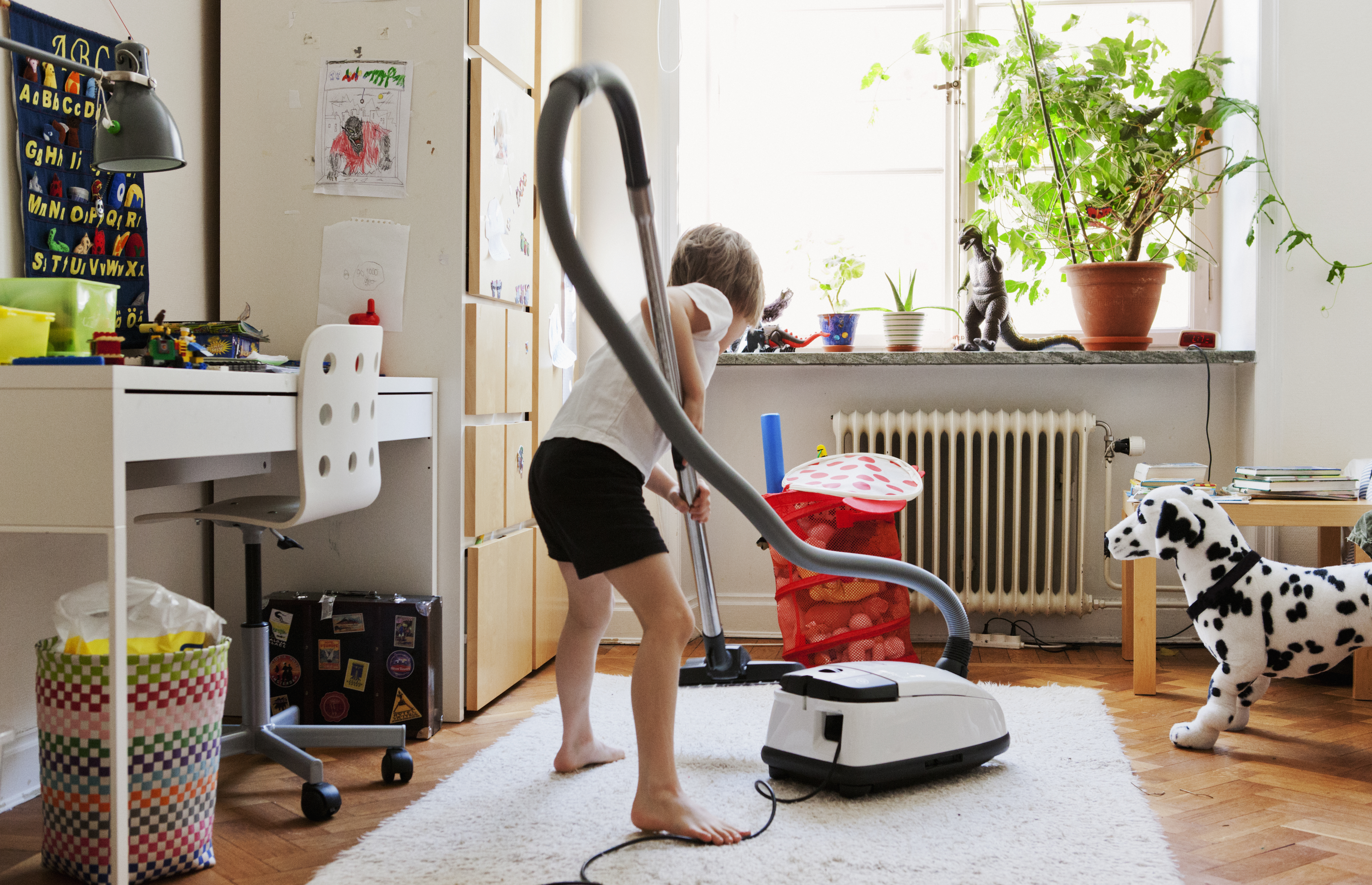 Instead, she said you should only pay for chores when they’re something your kids wouldn’t normally doCredit: Getty

Well according to child expert Sarah Ockwell-Smith, this could actually be doing more harm than good in the long-run.

Last year, Sarah – author of The Gentle Parenting book – urged mums and dads urged to give pocket money as something separate from doing chores in a TikTok video.

She said: “A lot of parents say to me, ‘in the real world, I get paid to do work.

“And if I don’t get paid for it, then there’s no motivation for it. I work to earn money. So surely it makes sense to pay my kids for doing things around the home?’

However, Sarah warned this will only turn your child into an entitled teen.

“You’ve raised them to believe in order to help you out, they’re going to get something in reward – whether that’s a treat or cold hard cash.”

What’s more, Sarah claims that this then “undermines” the chances of them ever helping out around the house without the promise of a reward.

1. Once you have given your child their pocket money that money is no longer yours. That means you don’t get a say in how they spend it. If they want to blow all of it on a magazine that they cannot read yet, or a poorly made plastic toy that you just know will break quickly then that is their prerogative. It is important that they learn about value through their own experiences and natural consequences. Try as hard as you can to not interfere with their choices.

2. Pocket money should not be based on their behaviour. Whether your child is an angel or a terror just before pocket money time should not affect how much they receive from you. The giving of pocket money is unconditional. It is given to improve their feelings of autonomy (something that is often undermined when bad behaviour happens and is often the cause). You should not limit it and neither should you add an ‘extra little reward’ if they have been very good. They get the same every month on the same date (mine get theirs on the 1st of the month).

3. Don’t tie pocket money to chores – ever. Once again the pocket money is unconditional. Paying children for helping around the house is a recipe for disaster. It may seem a great idea initially, but the novelty will soon wane and you are likely to create a “what will you give me if I do it”? child, who is reluctant to help unless they get paid. Chores are a part of everyday life, a part of living in a family. Everybody should be expected to chip in and nobody should get rewarded for them financially. The minute you reward them you damage the chance of the child helping altruistically (unpaid). There is a slight “but if” here though. If there is a very unusual job that is not an everyday chore and your child is looking to earn extra pocket money, then I see no harm in a one off fee now and again. For instance my family keep chickens and ducks and we sell surplus eggs from our driveway. Collecting eggs in the rain and mud is not fun, so occasionally one of my sons collects the eggs, cleans them up, boxes them and puts them out on our selling table. He also has to collect the money once they are sold. For doing this he is allowed to keep a quarter of the profit. He gets paid nothing for cleaning/tidying up in the house though – ever.

4. You must have clear boundaries. What is the pocket money to cover and what will you cover? This needs to be made very clear as soon as possible. Pocket money in my house is to cover any items the children want outside of Christmas and birthdays. It is also to cover drinks/food if they go into town with a friend, or buy something on the walk home from school. Lastly it also needs to cover holiday spending money. I pay for their clothes, a monthly phone top up, any food we eat out when I’m with them and all of their clubs.

5. I don’t lend money. If they see something they want for £30, I won’t lend them the extra £10 until next month. They have to wait until next month and save. The same is true of holiday spending money. We have discussions about how many months until holiday and how much they would like to take with them, they save (well two out of the four save!) and then go into the bank to change their own money up into foreign currency. I don’t expressly make them save if they don’t want to, because I believe it is best if they experience the natural consequences of not saving. I don’t expect them to save ‘for their future’ either, that’s my job.

6. I don’t expressly make them give to charity. I do love charity shops and jumble sales so this has become a way of life for them – the charity shop is always the place they head for first at the start of the month as a result. If we see a busker in the street and they ask for money I will ask them if they have any of their own to use, the same goes for charity collection boxes. They all now spontaneously donate to what they deem a good cause (different to my good causes – my daughter for instance will give to anything animal related).

7. As soon as possible we open a bank account with a debit card. We have conversations about the difference between debit and credit, balancing their account and debt. Something I didn’t know about until my late teens.

8. We have a household saving pot (we use the sealed pots that you smash to open). This pot usually goes towards our holiday spending each year. I have never encouraged the children to add money to it, but seeing me regularly emptying out my change into it has obviously had an effect on them as they regularly do the same with their pocket money. I have never encouraged or discouraged this, but I love the fact that they want to add to it.

Although it might start out manageable enough, Sarah says paying for chores can quickly spiral out of control as they get older.

“But by the time they’re teenagers, they want more and more money […]

“If you want them to help out around the house, they should do it for the simple fact that they’re part of the family and they’re there to chip in and help out just like everybody else.”

Instead, the expert recommends only paying for any extra chores your kids take on that they wouldn’t otherwise do – like washing the car or weeding the garden.

Last year, Sarah told us why thumb-sucking and throwing toys are actually GOOD developmental signs for your kids.

In more parenting news, this mum shared her brilliant way she teaches her kids not to bully – leaving other parents floored.

And this mum-to-be who is 25 weeks pregnant with triplets showed off her HUGE bump – people wonder where they fit.

Plus this mum has two kids 11 months apart at 19 – trolls said it was a mistake but now she’s living her best life.