Meghan Markle news latest: Prince Harry says he & Meg were ‘brought together for a reason’ as they back Ukraine at NAACP

Meghan Markle and Prince Harry attended the NAACP Awards last night, and it’s safe to say they went all out.

Meghan Markle wore Christopher John Rogers dress worth an estimated £2,000, her £260,000 engagement ring and £7,000 accessories to the awards.

Speaking to Vogue, Christopher revealed he was approached by Meghan a month ago to work together.

He said: “I was immediately struck by her warmth and just her overall demeanour—her sense of ease and confidence within herself. We quickly touched on this idea of a reveal. She hadn’t really stepped out like this in a while.”

The Duchess was also spotted wearing Princess Diana’s yellow gold omega chain cuff bracelet – which she first wore during her royal tour of Australia with Prince Harry in 2018. 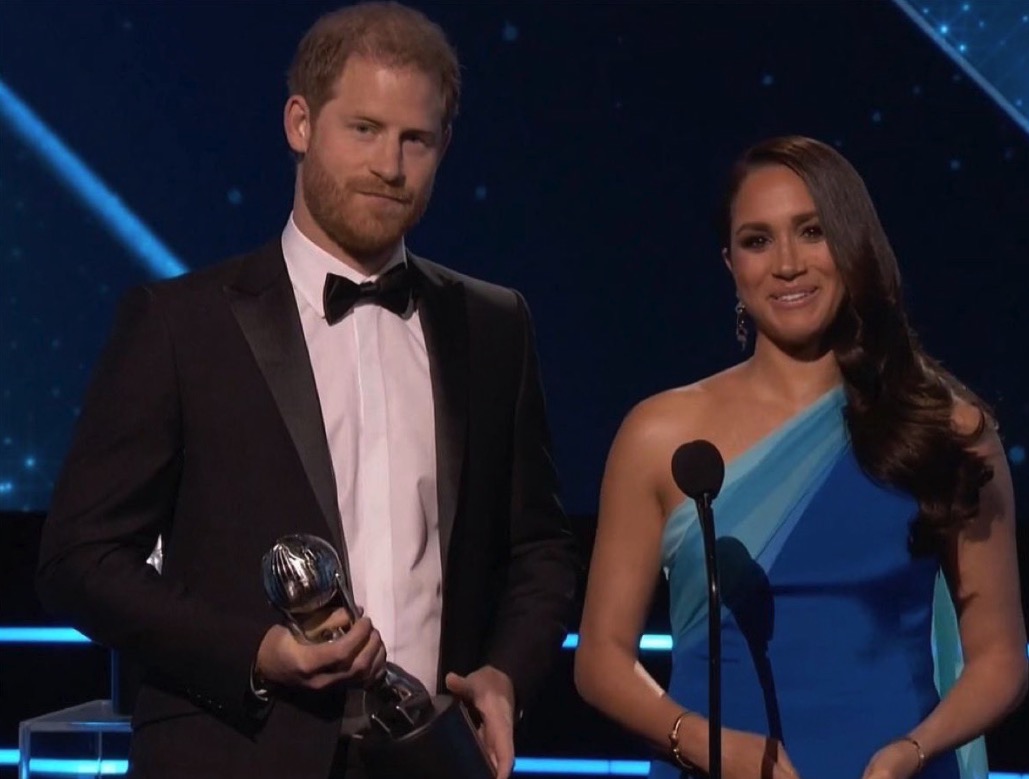