A TIKTOK user who sat down to get her very first tattoo was horrified when the artist messed up the design.

The woman, who posts as @crazylitswagmaster, had asked for a semicolon on her wrist. 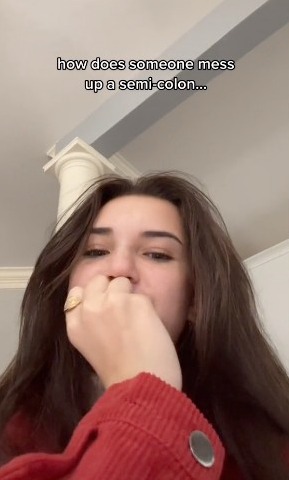 One woman wanted to get a semicolon done for her first tattooCredit: TikTok/crazylitswagmaster 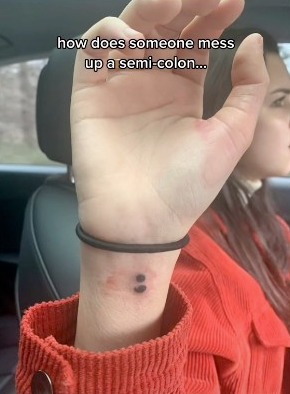 She was shocked her artist messed up such a simple designCredit: TikTok/crazylitswagmaster

But the blundering tattoo artist appears to have got their punctuation mixed up, and inked the comma part of the semicolon the wrong way around.

It means the woman was left with a period and a comma on her wrist, rather than a proper semicolon.

“How does someone mess up a semicolon…” she asked.

A shocked user asked: “Literally how did they even?”

While others joked: “Should’ve had me do it for you” and “that’s a tadpole.”

The woman did not mention who her artist was or where she got the design done, but said that she is planning on getting her ink disaster redone.

According to Isabella Lichtenstein, a tattoo expert for Byrdie, many people get semicolon tattoos to “raise awareness of mental illness, suicide, addiction, or self-harm.”

The meaning of the tattoo comes from the punctuation – a slight pause in a sentence rather than the definite ending of a period. The design is supposed to symbolize that the trials of life can be overcome and don’t need to be an ending.

Lichtenstein said: “The semicolon tattoo is a permanent reminder that there is more to come in life.”

The design became popular through Project Semicolon, a nonprofit started by Amy Bleuel that was made “to inspire those going through depression, thoughts of suicide, or self-harm to share their story and to help show them that they are not alone.”

Crazylitswagmaster’s experience is not the first example of a tattooing blunder.

Another tattoo artist made a mistake when tattooing the word “strength” onto a woman’s chest but instead, spelled it “strenth.” 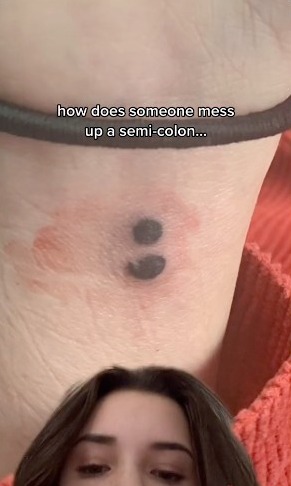 ‘How does someone mess up a semicolon tattoo’ she saidCredit: TikTok/crazylitswagmaster 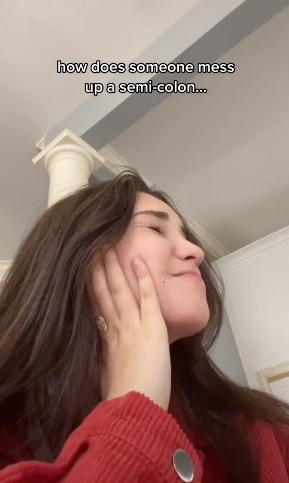 She now has plans to get her ink redoneCredit: TikTok/crazylitswagmaster