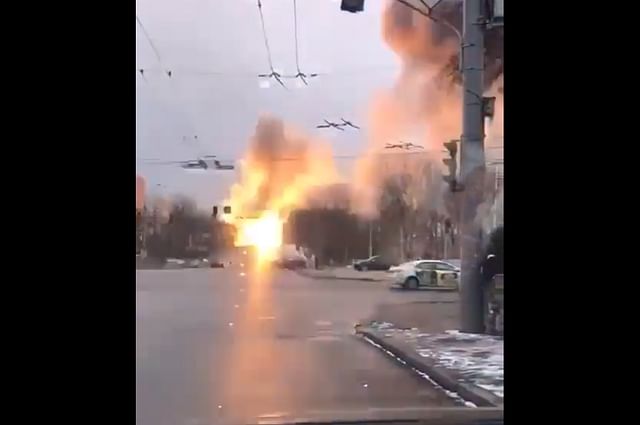 A large explosion near the Kiev TV tower

Two large explosions occurred near the Kiev TV tower in the Ukrainian capital. A video of the scene shows a plume of smoke. However, Russia’s state television RT could not confirm whether the videos were from that incident.

Ukraine’s Interior Ministry has confirmed that the blast disrupted broadcasts on several TV channels. The Ukrainian Ministry of Culture has confirmed that no one was injured in the blast. Shortly afterwards, the country’s emergency services said five people had been killed and five wounded in the shelling.
Footage from the video, which was spread on social media, showed smoke billowing from buildings near the tower after the first blast. As can be seen in another video, the first explosion is the second explosion in a short time. This disrupted broadcasting activities.

In Kiev-based Ukraine, English-language media outlet The Kiev Independent reported that the country’s TV channels had been shut down since the attack.
The cause of the blast was not immediately clear, but the bombings came shortly after the Russian Defense Ministry warned of an impending attack on the Ukrainian capital. Russia’s military says it will strike targets that are strategically important to Ukraine’s military and intelligence. So the common people have been asked to move away from those places and stay in safe shelters. However, Moscow has not yet confirmed the attack.