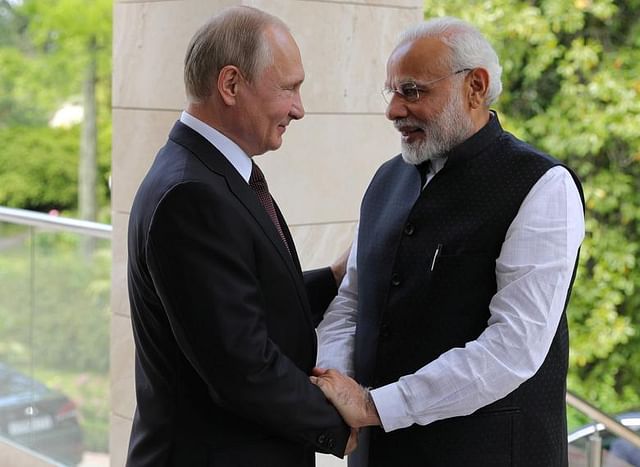 Aggression in Ukraine: Why India is not criticizing Russia

For some time now, India has been going through a kind of diplomatic tension over the Ukraine crisis. On this issue, New Delhi is trying to balance relations with Moscow and the West.

New Delhi’s first statement to the UN Security Council on the Ukraine crisis did not directly name any country. But New Delhi said in a statement that it regretted that the international community’s call for diplomacy and dialogue to resolve the crisis had not been heeded.

A draft resolution was tabled in the UN Security Council condemning the Russian aggression in Ukraine. Ahead of the vote, Russia, Ukraine and the United States called on New Delhi to do the right thing.

Ukraine and Russia have even publicly appealed to New Delhi to take a clear position.

In a statement, India stressed the importance of respecting the UN Charter, international law, state sovereignty and territorial integrity. At the same time, New Delhi said all member states must respect these principles in order to find a constructive approach to resolving the crisis.

India’s decision to abstain from voting in the Security Council has raised questions, especially in the West. The question is whether India, the world’s largest democracy, should have taken a clearer position on the Ukraine issue.

According to JN Mishra, a former Indian diplomat, none of the options that come before India on the Ukraine issue are good .

JN Mishra said no one can be tilted in both directions at the same time. India did not name any country in its statement. Which means New Delhi will not go against Moscow. In this situation, India has to choose a subtle approach.

India has had to hurry to find a position of diplomatic balance on the Ukraine issue. There are several reasons behind this.

The most important reason is the defense and diplomatic relations with Moscow that have passed the test of time in New Delhi.

Russia is still India’s largest arms supplier. However, the supply has dropped from 80 percent to 49 percent. Because India has decided to diversify its arms procurement. In addition, the country has taken steps to produce weapons internally.

Russia is supplying military equipment to India, including the S-400 missile defense system. This defense will help India build significant strategic resistance against China and Pakistan. Despite the threat of US sanctions for legitimate reasons, India has not stopped receiving defense from Russia.

It is difficult for New Delhi to ignore the history of India’s decades-long diplomatic cooperation with Russia on a number of important defense issues.
Moscow has in the past exercised its veto power in the UN Security Council to help India deal with bilateral issues such as Kashmir.

In this context, India is pursuing its ‘famous’ strategy in the Ukraine-Russia conflict. India is spreading the message of dialogue to resolve the crisis.

Michael Kugelman, deputy director of the think tank Wilson Center, said India’s position on the Ukraine-Russia crisis was not surprising. This position of New Delhi is consistent with its past strategy.

Michael Kugelman said New Delhi was not comfortable with what was happening in Ukraine. But there is no possibility of changing the position of New Delhi.

The deputy director of the Wilson Center said India could not change its position at the moment due to defense and geopolitical needs. However, New Delhi has spoken out against the Ukraine issue in the UN Security Council. They did so to show that New Delhi was not comfortable with the Ukraine crisis.

Trying to evacuate more than 20,000 Indian nationals, most of them students, from Ukraine is also a difficult task for New Delhi.