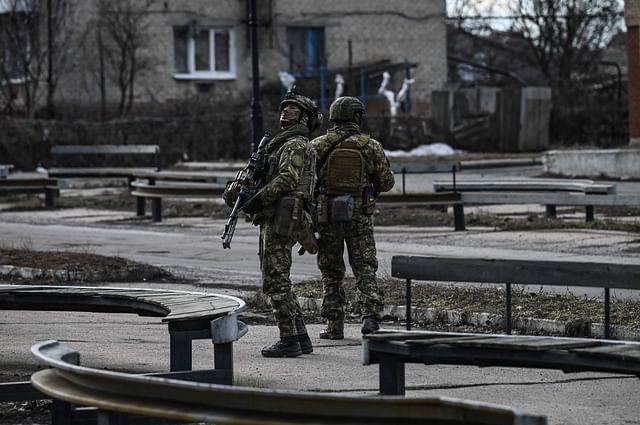 At least three people, including soldiers, have been killed in pro-Russian shelling in Ukraine

At least three people have been killed and five others injured in a series of rocket attacks in Ukraine. The incident took place in the south-eastern part of the country on Monday afternoon. According to the Ukrainian media Kiev Independent.

The Ukrainian military says pro-Russian separatists fired 54 artillery shells into various areas of Danbas yesterday. The casualties occurred. One of the dead was a civilian.

Donetsk Governor Pavlo Kirelenko said a civilian was killed in the separatist attack in the government-controlled village of Navluhansk. Ukraine’s national police say two soldiers have been killed and three others wounded in the village of Zaitsev. Another soldier was wounded at Bhadian village. The bomber struck shortly after noon in front of a police recruiting center at Vrubivka, Shastia and Stanitsya Luhansk.

At least 31 apartments and 12 private homes were destroyed in an attack by separatists in Bhruvivka. There the power goes out. As a result of the attack, gas supply to 121 families was cut off. Apart from electricity and gas, water supply has also been cut off in Shastia. The only thermal power plant in the region. The power plant has been shut down due to a series of attacks by separatists.

Earlier, a series of deadly shootings took place in Stanislav Luhansk on Thursday. There are still attacks. An army member was injured there.
Ukraine’s Defense Ministry says 100 buildings have been damaged in the past four days by pro-Russian separatists across a 420-kilometer “battlefield” area. Defense Minister Alexei Reznikov called the attack a war crime.