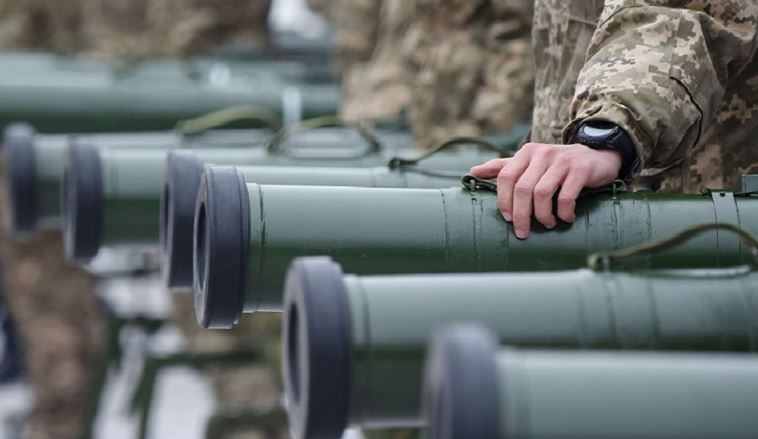 Australia has announced that it will allocate funds for the supply of arms to Ukraine to help fight Russian troops. News from the BBC.

Only a handful of non-lethal military equipment will be sent to Ukraine কয়েক just days after Australia announced military aid to the country.

The Prime Minister of Australia Scott Morrison attended a ceremony with Ukrainian-Australians at a church in Sydney on Sunday morning before making the announcement.

“In the case of Ukraine, the Australian government will always stand by it,” Morrison said. We will try our best to help our NATO partners, especially the United States and the United Kingdom, with lethal weapons in Ukraine. ” He also said that the highest priority would be given to visa applications from Ukraine.

February 26 is the fourth day of the Russian invasion of Ukraine. Russia continues to attack Ukrainian cities, including the capital Kiev. The sound of a large explosion was heard near Kiev. Ukrainian troops have called for resistance in several cities, including Kiev.

Western nations have continued to impose strict sanctions on Russian President Vladimir Putin and other military and civilian individuals and organizations. Western leaders have decided to ban some Russian banks from the Swift Payment Network, an international organization that exchanges financial transactions. The United States, France, Germany and the Netherlands are sending weapons to Ukraine to counter the Russian attack.

Millions of people from Ukraine are fleeing their homes to neighboring countries. There have been anti-war protests in various cities around the world.

Readers have many questions about the ongoing Ukraine crisis. The report tries to find answers to those questions with the help of BBC.

When did the crisis begin?
Considering the recent history, the current crisis started in 2014. But to get to the root of the crisis we have to look back to the Soviet era. Ukraine was then part of the Soviet Union.

Two political currents prevail in Ukraine. A trend wants to be closer to Western Europe. They are interested in joining the European Union (EU) as well as being a member of the Western military alliance NATO. The other section is pro-Russian. They want to stay in Russia.

A large part of Ukraine’s population is Russian-speaking. They are also ethnically Russian. They have close cultural and social ties with Russia.

Pro-Russian President Viktor Yanukovych was ousted in 2014 in the face of protests. He fled the country.