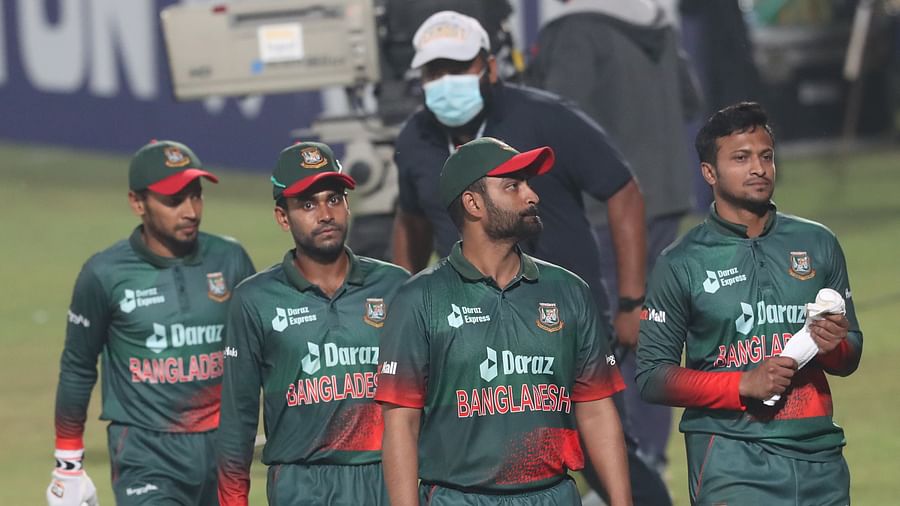 The next in the West Indies series at home was against Sri Lanka. Winning the first two matches there ensured a series win but lost the last match and lost the chance to pick up 10 points in the Super League. After winning the first two matches of the ODI series against Afghanistan, the series is now Bangladesh’s. However, Tamim-Sakib-Miraj do not want to make the mistake of Sri Lanka series against Afghanistan.

That is what all-rounder Mehdi Hasan Miraj said after the national team’s practice at the Zahur Ahmed Chowdhury Stadium today. He thinks that it is more important to ensure 10 points at this moment than to win the series, ’10 points is more important than winning the series. In the World Cup, however, only the top eight teams in the Super League will qualify. Won the series, very good. Our next target is to win a match and get 10 points. ‘

Bangladesh’s next series in the Super League is against England at home. The cricketers know that it is not at all easy to lose the World Cup winning Englishmen even if they play in familiar conditions. Apart from this, the rest of Bangladesh’s two series in the Super League are on the soil of South Africa and Ireland. That is why the Bangladesh team wants to stay ahead by earning as many points as possible at home.

Miraj also emphasized on winning the last match from that thought, ‘Maybe there will be a big challenge ahead. But I think if we can take these 10 points, the rest of the way will be easier for us. We are not thinking negatively about it. Thinking positive. There is tomorrow’s match. We will try to play with 100% and 10 points is very important for us.

Bangladesh has so far won 10 out of 14 matches in the ODI Super League. Bangladesh is at the top of the points list with 100 points.

India will play the third and final T20 match of the series against Sri Lanka at Dharamsala today. India, who have won seven consecutive Twenty20 series at home, are holding the record in this match. If they win the match, they will become the team that has won the most T20s at home. The record is now jointly held by India and New Zealand. Yesterday’s match against Sri Lanka was India’s 70th T20 at home. They have won in 39 of them. New Zealand have won 39 of their 63 matches at home.

India also has the potential to touch another record. If they beat Sri Lanka today, they will win 12 matches in a row in the International Twenty20. It will touch Afghanistan and Romania. India’s victory in T20 started with the loss of Afghanistan in the last T20 World Cup.