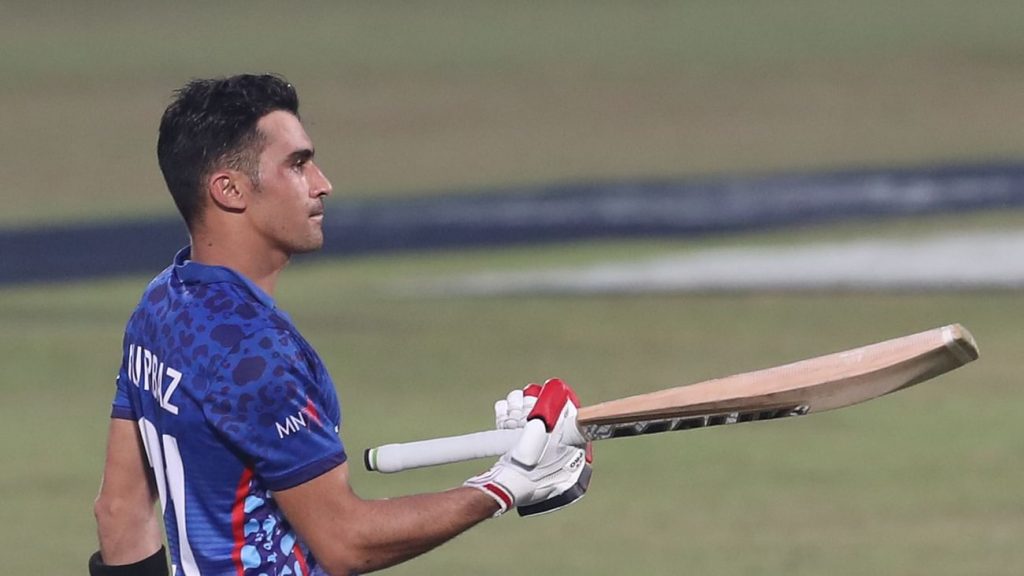 Bangladesh finished the series with 6 wickets

10:42, February 26
There is no change in the Bangladesh team
Bangladesh is coming down with the team of the previous match. Bangladesh made the same XI in all the three matches of the series.

10:45, February 26
A change in the Afghanistan team
Afghanistan has replaced Gulbadin Naib in the XI with Farid Ahmed.

10:50, February 26
Ireland, Sri Lanka, West Indies … Afghanistan
According to Cricinfo, this is the fourth time that Bangladesh has kept the XI unchanged in all the matches of the series of three or more matches. The first was in the series against Ireland at home in the 2006/07 season, then in the 2016/17 season in Sri Lanka, and the last before this was in the West Indies in 2016.

11:03, February 26
Whitewashing?
The series has already been confirmed. Will Bangladesh be able to whitewash Afghanistan by winning the series today?

However, the importance of this match is not limited to being able to whitewash. The series is also part of the ODI Super League! Bangladesh has to think more about the equation of points there.

11:05, February 26
Tamim in strike, Farooqi in bowling
LBW’s strong appeal against Tamim in the first ball! Farooqi also spoke to captain Shahidi for a while as the umpire did not respond. In the end, Afghanistan did not take the review.

After two singles in the third and fourth balls, 2 runs from the last ball of the over from Tamim’s bat. Bangladesh 4/0 at the end of 1 over.

11:20, February 26
Afghanistan loses review
Though he thought of taking a review in the first ball of the innings, Afghanistan did not take it in the end. The third ball of the third over did not stop! However, the review has been ruined.

Farooqi’s appeal against Lytton in the third ball of the over. Lytton wanted to flick a ball of full length on his feet. But Afghan wicketkeeper Gurbaj and bowler Farooqi were both convinced it was lbw. Afghanistan takes review. However, after looking at the replay, it was not possible to confirm whether the ball hit the bat or not, but the snicometer showed that the ball hit the bat. The decision of the third umpire may seem controversial to many. Afghanistan lost the review, Liton got 1 run.

However, Farooqi is suffering the batsmen even though he did not get a wicket. In the case of in-swing and out-swing, there is no visible change in his bowling action, rotating the wrist at the delivery point. That is why the Afghan left-arm pacer has the ability to keep the batsmen hesitant all the time.

After 1 run in Farooqi’s over, 4 runs came in one wide and three singles in Mujib’s over. Bangladesh 10/0 at the end of 4 overs. Liton or Tamim’s bat has not seen any boundary yet. Liton is unbeaten on 5 off 11 balls, Tamim is unbeaten on 4 off 13 balls.

11:23, February 26
Another great over by Farooqi
Wide start over, but in the end Farooqi did not give the batsmen a chance to score runs with six valid balls. Liton was able to take a single in the third ball. At the end of 5 overs, Bangladesh scored 12 runs without wickets.

11:28, February 26
The first four of the innings with Tamim’s bat
Mujib’s ball was like hitting. Leaving the fielder in the short fine leg, the Afghan spinner threw the ball at Tamim’s feet. Tamim did not have much difficulty in hitting the boundary as the gap between the two fielders in short fine leg and square leg melted. Bangladesh got the first four in the 35th ball innings.

With six runs in 6 overs, Bangladesh scored 16 runs without wickets in 6 overs.

11:30, February 26
Started three overs wide in a row
Afghanistan started the fourth, fifth and sixth three overs wide. They gave 3 wickets in 6 overs in the innings. In the second match, Afghanistan gave 33 runs with 17 wides. In the end, the match was lost by 6 runs, but there was not much discussion in the media.