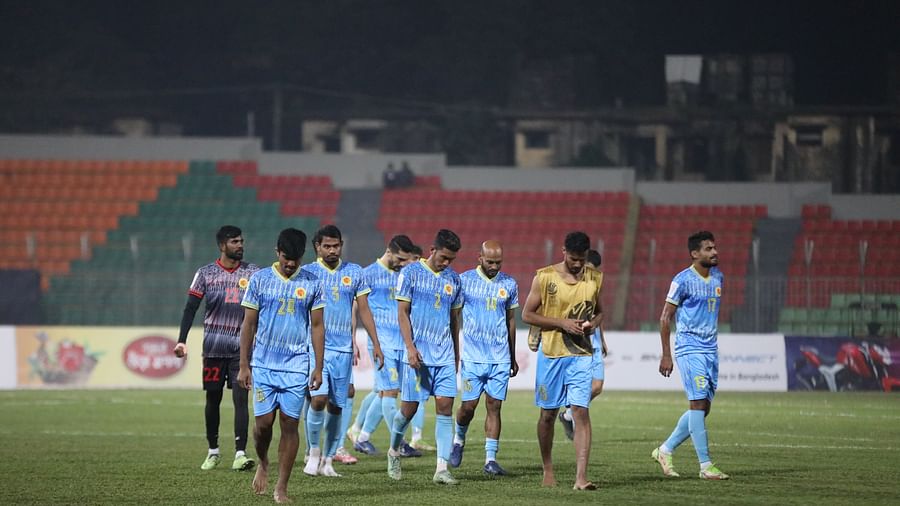 The excitement of Chittagong Abahani is going on. Despite falling behind at the Sylhet District Stadium, the Chittagong club lost to Abahani Limited 3-2 today.

Before today, Abahani had lost only 1 out of 14 matches in the Premier League, Independence Cup and Federation Cup. That too was in a tiebreaker, against Sheikh Russell. Maruful Haque’s team brought the flying Abahani to the ground. That too at Abahani’s home venue.

Abahani went ahead 1-1 and fell behind 3-1. Rafael Agusto brought a gentlemanly look to the scoreline 3-2 with a great goal on a bicycle kick towards the end. However, the champions of the latest Independence Cup and Federation Cup could not avoid the loss.

There is no star player in Maruful’s hands like Mario Lemos. Before the start of the Premier League, Benny camped at BKSP and tied the team in a thread. By capitalizing on the party power, Maruful is stopping the big parties. Today, Abahani’s defense did not know the answer to his quick counter-attack tactics. Chittagong Abahani left the field after winning the match.

The joy of moving forward lasted only 4 minutes. Chittagong Abahani equalized in the 20th minute with a goal by Peter Thankgod. Peter Thankgod scored the header from Omid Popalzai’s cross. This is the seventh goal of Thankgod who scored a hat trick in the previous match.

After returning to parity, it is the turn of Chittagong club to move forward. Chittagong Abahani’s South African forward William Tawala made it 1-2 in the 36th minute. In the counter-attack, Tawala entered the box from the pass of Afghan midfielder Popalzai. He then scored with a powerful shot from the right foot.

Chittagong club scored a great goal in the 64th minute from the counter-attack. The chemistry of great team understanding. Zahid Hossain pushed the ball to his defense from Abahani player’s miss pass and gave it to Popalzai.

The Afghan midfielder Sohail Rana was rushed to the opponent’s box with the ball. Sohail pushed the ball in front of him between the two defenders. After entering the box, Popalzai turned it into a great goal. This is his second goal in the league.