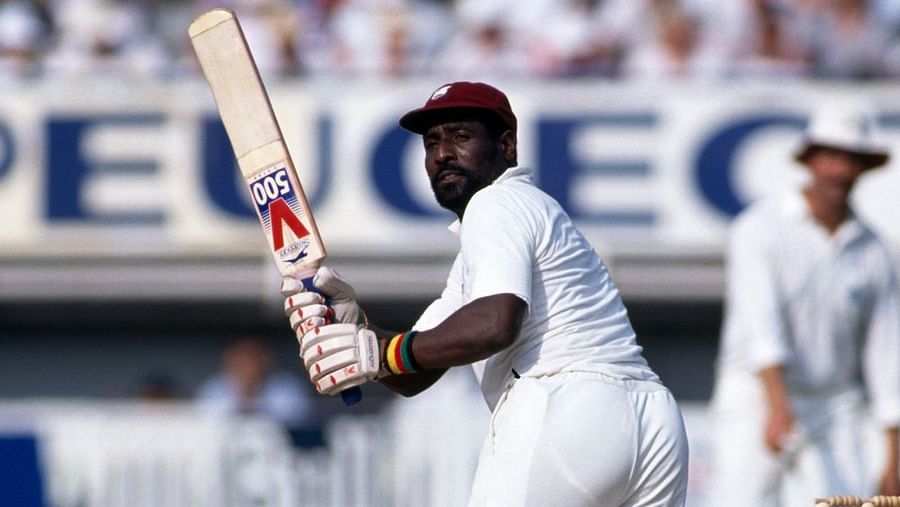 What he is in cricket, it is an insult to cricket to say it again! He is considered to be the most destructive batsman of all time. Viv Richards, the legend of the West Indies, also played football for the national team in Antigua and Barbuda. Many claim that Richards also played in the 1974 World Cup qualifiers. Although his name is not in the official documents of those matches.

Whatever it is, Viv Richards’ interest in football, who went to cut his 80th birthday cake 19 days later, is coming up again because of one of his tweets. Richards tweeted that he wanted to play professional football.

That too for a club! Claiming to be a ‘destructive striker’, Richards told English club Liverpool, Md. Salah and Saadi are on the offensive side if they need players!

Needless to say, the whole thing is fun. Richards is currently the batting coach and mentor for the Quetta Gladiators in the Pakistan Super League (PSL), a franchise-based T20 league in Pakistan.

Before practicing in cricket, it is old for cricketers to go down to the field with hot football. After watching football, Richards also wanted to kick a couple. And whatever it is, even though he is famous in cricket, he is also very fond of football!

Richards has run a little with football out of that desire. The Caribbean legend posted a picture of himself going to take a shot at football on Twitter today. The caption of his picture is like a news headline.

Tagging Liverpool in the caption, Richards wrote, ‘Anyone in Liverpool listening? I thought your team said. Is there room for a destructive striker like Salah and Mann! ‘ He is a fan of Liverpool, would like to play in Liverpool!

Another Liverpool-loving cricketer সাবেক former South African batsman Riley Russo হাজ appeared in the comments room below Richards’ post. He routinely throws a “challenge” at Richards, saying, “You and I will fight for a place, sir!” Rousseau explained the meaning of the smiley emoji next to it.

Getting a place in Liverpool’s attack will be a bit difficult for Richards-Rousseau. There’s that thunderous competition right now! Brazil’s Roberto Firmino is with Salah Mann, and Diego Jotta, who joined the club last season, has taken Firmino’s place in the XI with a goal after goal.

Liverpool have also signed Colombian forward Luis Diaz to the left side of the attack late last month to keep up with the quality of the attack and keep an eye on the future.