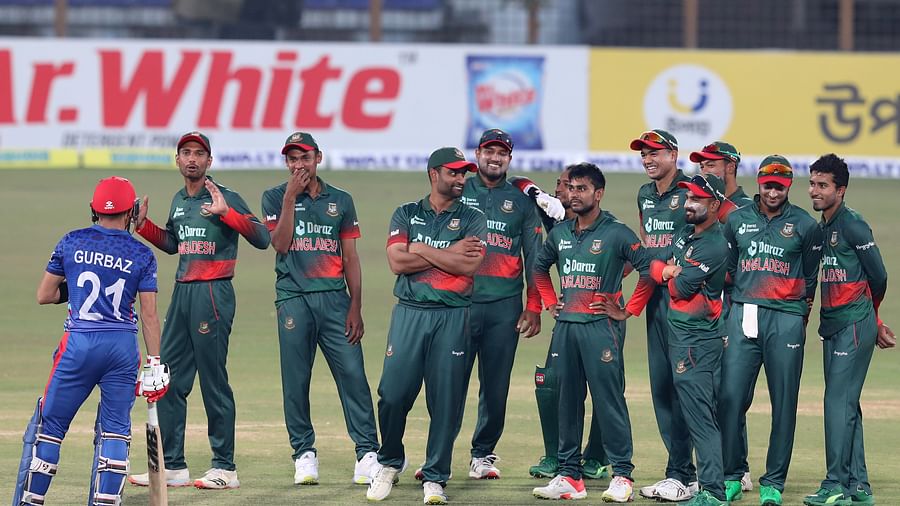 Haral Bangladesh is close to Gurbaj who got four lives

Only 192 runs on the scoreboard. If you want to win with such a small capital, you have to take a new ball. But Bangladesh could not do that today. The top order batsmen of the Afghanistan team have made good use of that opportunity. Rahmanullah Gurbaj made a 69-run stand with Riaz Ahmed in the opening over.

After a great start, the Afghans also got the foundation of an easy victory. Gurbaj added 100 more runs with Rahmat Shah in the third innings and the Afghans reached very close to the small target of Bangladesh. After that, Afghan opening batsman Gurbaj scored an unbeaten century. With 59 balls left, Afghanistan won by 8 wickets.

But if the fielding of Bangladesh team was good, maybe the story of Afghan innings could have been different. One Gurbajakei that Bangladesh missed the opportunity to get out four times!

Gurbaj caught left-arm pacer Shariful Islam in the second ball of the seventh over of the innings. But no one tried to catch the ball between wicketkeeper Mushfiqur Rahim and slip fielder Yasir Ali. Gurbaj was batting for 13 runs then. Disbelief in the eyes of the rest of the fielders. In the beginning, the opportunity to hit the Afghan batting order was not missed!

Then Bhagya seemed to speak for the whole innings. Gurbaj got life in the 23rd over of the innings with the ball of Shariful. Trying to pull on Shariful’s bouncer, the ball touched Gurbaj’s gloves to wicketkeeper Mushfiqur. But Mushfiqur was also defeated like Gurbaj in extra bounce. Gurbaj, who remained unbeaten on 60, got another life.

Another experienced Mahmudullah caught Gurbaj after one over. The Afghan batsman caught Mahmudullah in the fine leg boundary with the ball of that Shariful. Mahmudullah slipped the ball at easy speed and height. At that time Gurbaj was playing for 61 runs.

Just so, Gurbaj got life once more in the house of 70! The bowler was the loser Shariful. In the third ball of the 27th over of the innings, the young Afghan survived by hitting the bat with a bouncy bouquet. Wicketkeeper Mushfiqur jumped but could not glove the ball. Gurbaj was playing for 63 runs then. After getting one chance after another, Gurbaj played an unbeaten innings of 108 runs.