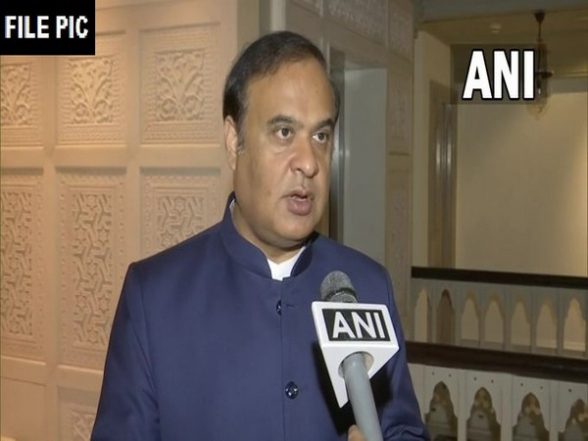 The Chief Minister said that Jaishankar informed him that the Ministry of External Affairs (MEA) is working closely with the Indian Embassy for expeditious evacuation of students and residents including those from Assam.

“Spoke to EAM S Jaishankar about the safety of our students in Ukraine. He informed me that MEA is working closely with the Indian Embassy for expeditious evacuation of students and residents including those from Assam. I wish to reassure all parents to have faith in the Government of India,” said Sarma in a tweet.

Earlier today, the first flight to Mumbai with 219 Indian nationals has taken off from Romania.

“Regarding evacuation of Indian nationals from Ukraine, we are making progress. Our teams are working on the ground round the clock. I am personally monitoring. The first flight to Mumbai with 219 Indian nationals has taken off from Romania,” Jaishankar tweeted.

Amid the ongoing Ukraine-Russia crisis, the Indian Embassy in Kiev has advised Indian citizens against moving to any of the border checkpoints without prior coordination with government officials at border posts.

In an advisory to Indian nationals on Saturday, the embassy stressed that the situation at various border checkpoints is sensitive and it is working continuously with the Indian Embassies in the neighbouring countries for coordinated evacuation of our citizens.

This comes as the Russian military continues to advance in the capital city of Ukraine, according to media reports. Explosions in parts of Kiev were heard on Friday as Russian forces approached the city, media reports said on Saturday.

Videos from eyewitnesses show explosions taking place in the Ukrainian capital city as some media reports said Ukraine and Russia are discussing a place and time for talks. (ANI)