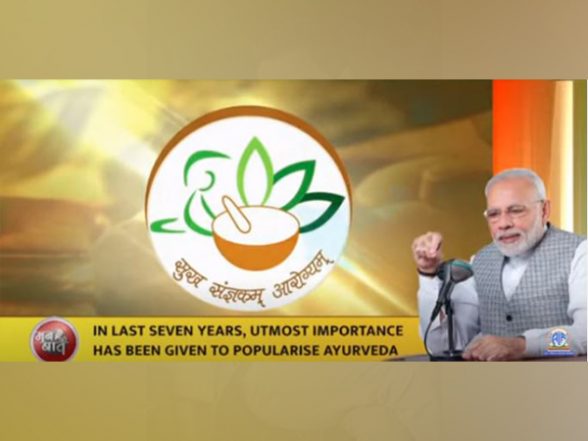 India News | In Last 7 Years, Attention Has Been Paid to Promotion of Ayurveda: PM Modi

New Delhi [India], February 27 (ANI): Hailing the contribution of the Ministry of AYUSH in the country, Prime Minister Narendra Modi on Sunday said that in the last seven years a lot of attention has been paid to the promotion of Ayurveda in the country.

Prime Minister also mentioned that Prince Charles from Britain is also one of the big admirers of Ayurveda.

“Friends, in the last seven years a lot of attention has been paid to the promotion of Ayurveda in the country. The formation of the Ministry of AYUSH has further strengthened our resolve to popularise our traditional methods of medicine and health,” said PM Narendra Modi while addressing the 86th episode of the monthly radio programme, Mann Ki Baat.

Prime Minister recalled the feedback received from former Prime Minister of Kenya, Raila Odinga and Prince Charles from Britain regarding Ayurveda in India.

“It is a matter of great happiness for me that from our land and our tradition have alleviated such great suffering from someone’s life. You will also be happy to hear this. Which Indian would not be proud of it? We all know that not only Odinga ji but lakhs of people across the world are reaping similar benefits from Ayurveda. Prince Charles from Britain is also one of the big admirers of Ayurveda. Whenever I meet him, he definitely mentions Ayurveda. He is also aware of many Ayurvedic institutions of India,” he said. (ANI)