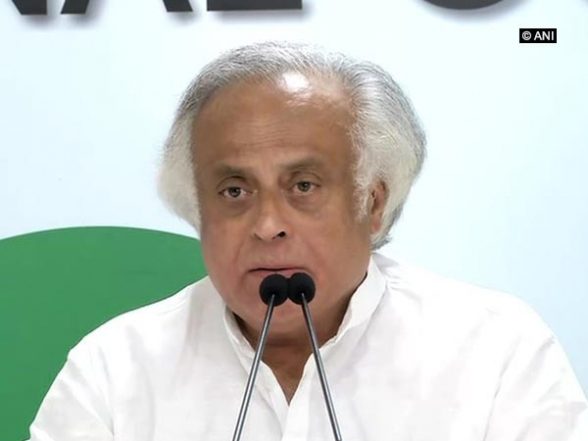 New Delhi [India], February 25 (ANI): Ahead of the two-phased Manipur Assembly elections, Former Union Minister and Congress leader Jairam Ramesh on Friday took a jibe at the BJP-led Central government and said that Prime Minister Narendra Modi, Union Home Minister Amit Shah and other union ministers have “come and gone” but only 48 per cent of the eligible population of the state has received complete COVID-19 vaccination.

The Congress leader further stated that BJP’s ‘double-engine’ government in Manipur has failed the people of the state.

Ramesh tweeted, “PM has come & gone. Home Minister has come & gone. Other ministers have come & gone. Yet, as of now ONLY 48% of eligible population in Manipur has got 2 doses of Covid-19 vaccine. This is the stark reality of #BJPDoubleEngineHaijinbi govt that has failed the people of Manipur.”

Manipur will go to the Assembly polls on February 28 and on March 5. The counting of votes will take place on March 10. (ANI)