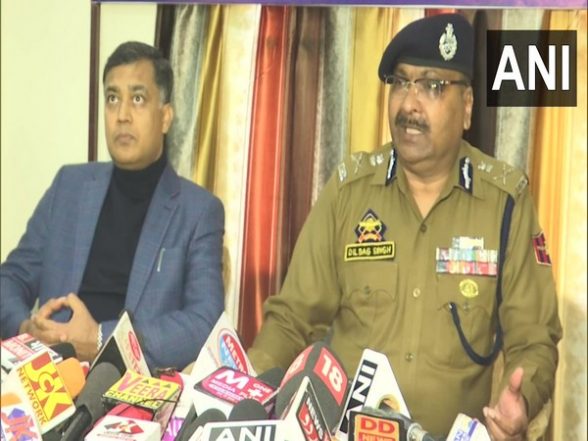 Udhampur (Jammu and Kashmir) [India], February 26 (ANI): With an intention to disrupt the peace maintained in Jammu and Kashmir, Pakistani drone on Wednesday dropped grenades, IEDs, pistols, and ammunition in the region, and for the first time a chemical in liquid form was also sent with the consignment, said the police on Thursday.

Speaking to the media, Jammu and Kashmir Director General of Police (DGP) Dilbag Singh said, “Yesterday (Wednesday) a Pakistani drone dropped grenades, IEDs, pistols, ammunition in Jammu and Kashmir, for the first time a chemical in liquid form was also sent with the consignment.”

“They (Pakistan) want to disrupt the peace maintained here for a long time. We are analyzing it to see what is it, its uses, and what harm it could have done,” the DGP said.

Further, Singh in his statement said that the narcotics and weapons are being sent to the region so that sale proceeds of narcotics can be used to fund terrorism.

“In the past two years, we are facing a new challenge wherein narcotics and weapons are being sent to the region so that sale proceeds of narcotics can be used to fund terrorism. They (Pakistan) will keep conspiring but our countermeasures are also in place,” he said.

“Last year a total of 182 terrorists were killed and over 300 weapons were seized. It clearly shows that Pakistan sending more weapons to make more and more militants but we are not allowing it to succeed,” he added later. (ANI)