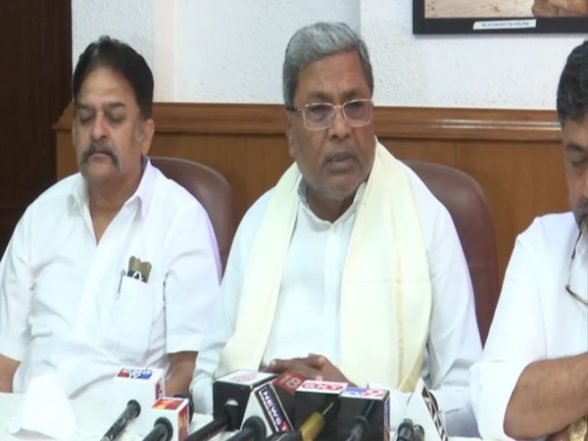 “There is an election coming up in Karnataka in one year. Public opinion and political atmosphere are indicating the victory for Congress party,” Siddaramaiah said at a joint press conference here with state Congress chief DK Shivakumar.

“BJP came to power because of Operation Lotus and, as usual, it formed an unholy government. This is the most corrupt and inefficient government,” he alleged.

He also alleged that the BJP government in the state “failed to manage COVID-19 properly.”

“BJP is responsible for thousands of deaths in the second wave. This is zero development government,” he alleged.

Referring to the meeting of Congress leaders, including those from the state, with Rahul Gandhi, Siddaramaiah said he told them about the action plan for next coming months to win the elections.

He said all leaders including KPCC President, the CLP leader and other senior leaders are working together and the message of unity was also conveyed to Rahul Gandhi.

“We are all working together. BJP is trying to build a fake narrative that there are differences among us and this is the maximum they can achieve. We believe in internal democracy and everyone’s opinion is valued. One may have a different opinion on a few issues and this is what we call democracy. Our motive is to work for the interests of people,” he added. (ANI)