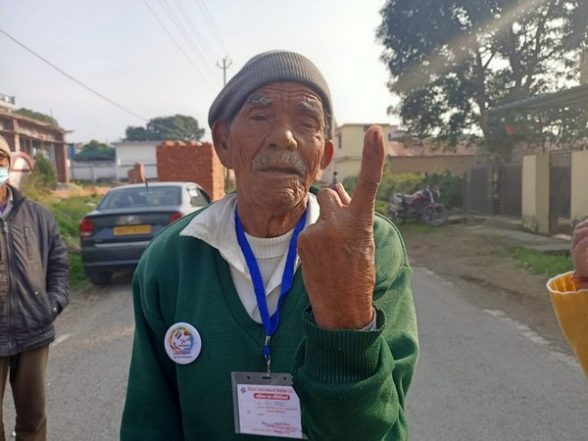 Dehradun (Uttarakhand) [India], February 14 (ANI): Uttarakhand reported 18.97 per cent voter turnout till 11 am for the 70 members Assembly elections on Monday, according to the Election Commission of India.

The polling in the hilly state started at 8 am and will end at 6 pm.

The prestigious Haridwar Assembly seat reported the highest percentage of voter turnout at 22.41 per cent followed by Nainital (20.63 per cent) and Udham Singh Nagar (20.54 per cent).

The BJP has fielded sitting MLA and party president Madan Kaushik from the Haridwar seat. He’s challenged by the Congress nominee Satpal Brahmachari.

The Bhartiya Janata Party (BJP) is seeking to retain power in the hilly state while Congress is hoping for a comeback. Both the Congress and the BJP have battled political instability in the state in the last two decades after it was carved out of Uttar Pradesh in 2000 during former Prime Minister Atal Bihari Vajpayee’s tenure.

The BJP’s task is twin-fold– beat the anti-incumbency and also the electoral trend of the incumbent government voted out in the state. Uttarakhand, incidentally, has seen 11 Chief Ministers in the last two decades.

The new entrant into Uttarakhand politics, Aam Aadmi Party has fielded candidates on all 70 Assembly seats, with its Chief Ministerial face being Ajay Kothiyal.

Voting also began in Goa and parts of Uttar Pradesh going to elections in the second phase on Monday at 7 am. The counting of votes will take place on March 10. (ANI)