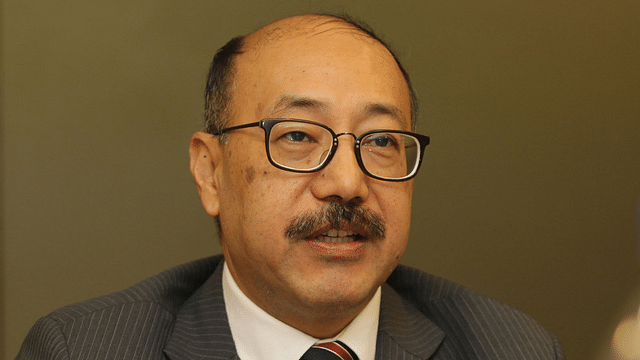 It is important to spread the consciousness of Ekattar: Sringla

At the present juncture of the subcontinent, it is necessary to spread the spirit of liberation war. This was stated by Indian Foreign Secretary Harsh Vardhan Sringla to the Bangladesh delegation attending the 10th Bangladesh-India Friendship Talks in Shimla, the capital of Himachal Pradesh, India. The Bangladesh delegation was led by State Minister for Foreign Affairs Shahriar Alam.

Sringla said the anti-liberation forces were working with the fundamentalists to destabilize the region for their own benefit. It is important to stop this evil power. It is necessary to develop the consciousness of the liberation war. The mentality that spread the liberation war needs to be revived in a new way. For that, the two countries must move forward unitedly.

Representatives of Bangladesh and India held discussions in Shimla for two days on various aspects of bilateral relations. The conference was organized by India Foundation and Bangladesh Foundation for Regional Studies. Experts from the two countries shed light on how communication can be further enhanced, new aspects of relations can be illuminated, mutual relations can be expanded, regional development and growth as a whole can be accelerated, mutual trust and confidence can be enhanced. At the end of the two-day conference, the ‘Shimla Declaration’ was adopted, the main aim of which was to extend the ‘Golden Chapter‘ of the two countries. Before returning to the country after the conference, the representatives of Bangladesh met with the Foreign Secretary on Monday morning.

India’s foreign ministry then issued a lengthy statement. The Foreign Secretary’s statement said that such a meeting would further strengthen the ties between the two countries. Will strengthen the relationship. Sringla also paid homage to the linguists on the occasion.

In a statement, Sringla said the President, Prime Minister and Foreign Minister of India had visited Bangladesh last year. This shows how important Bangladesh is to India and how much the two neighbors trust and rely on each other. He said that one day those who were neglected, Bangladesh has proved them wrong with its success. Today, Bangladesh is known as an acceptable and reliable model for socio-economic development. Their growth is beneficial for the whole region.

Explaining the multifaceted nature and scope of relations between the two countries, Sringla said in a statement that border management was essential for overall development. As this management will smooth the movement of people and products, it will also lead to anti-social and illegal activities. To this end, plans have been made to open more border huts. Sringla said a cargo vehicle started its journey on the river from Patna, the capital of Bihar, on February 4 with food items. It will become a river in Bangladesh and reach Pandu in Assam in early March.

Bangladesh’s economy will benefit as the use of Chittagong and Mongla ports will speed up the movement of goods to the north-east of India. He said that the management of common rivers is also gaining momentum. The statement said that the inauguration of Maitri Power Project and India-Bangladesh Maitri Pipeline Project in Khulna will take place this year. He said India was looking forward to the BIMSTEC summit to expand the horizons of regional cooperation.