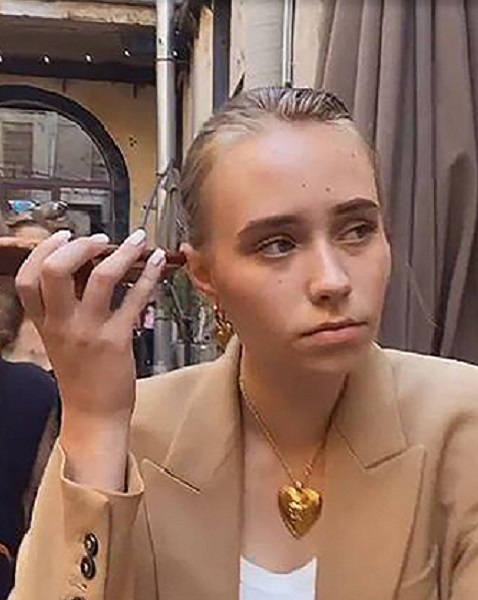 Meet Putin Love Child, 18 On Instagram – Who Is Luiza Rozova?

Luiza Rozova is identified by many as Putin’s lovechild; however, there has never been any official confirmation of this claim, but people have given very strong evidence in its support. Let’s find out more about Putin’s lovechild.

There is no doubt that Luiza Rozova lives a lavish life with all the amenities that money could buy. She has been scrutinized by people many times, but currently, after the Russian invasion of Ukraine, she has once again come into the limelight.

She is the daughter of Australian multimillionaire woman Svetlana Krivonogikh, who has been claimed to be Putin’s mistress. Various claims indicate that Putin has brought her many expensive assets secretly.

Although Luiza has been claimed internationally by many people to be the lovechild of Putin, Putin has never acknowledged her to his daughter publicly or relationship with her mother. However, there is much compelling evidence in favor of these claims.

In recently released pandora papers, it was found that an offshore company brought multimillion dollars mansion for Luiza’s mother, which indicates that this property was brought by someone very powerful, and people suspect that it is Putin.

Despite being the most important public figure in the world, Putin has always maintained a furtive life, so it is really hard to say the rumors about him are true or not. Luiza has been suffering because of her mother’s alleged relationship with Putin.

Whenever there is a conflict involving Putin, people always start to verbally bash her. The recent Russian invasion has caused further hatred pointed toward Luiza and her mother because of their alleged connection with the Russian leader.

The alleged lovechild of Putin is 18 years old and was very active on Instagram, but suddenly, she disappeared. On Instagram, she goes by the handle name luizaroz, where she has more than 88,000 followers.

It is believed that in her disappearance Putin has a big role. IT has been reported that the Russian leader was not happy with Luiza’s public appearance, so he decided to cut off her social media.

One of the common themes on her Instagram posts is that she hides her face, which many people believe to hide the fact that her face resembles Putin because he is her father.