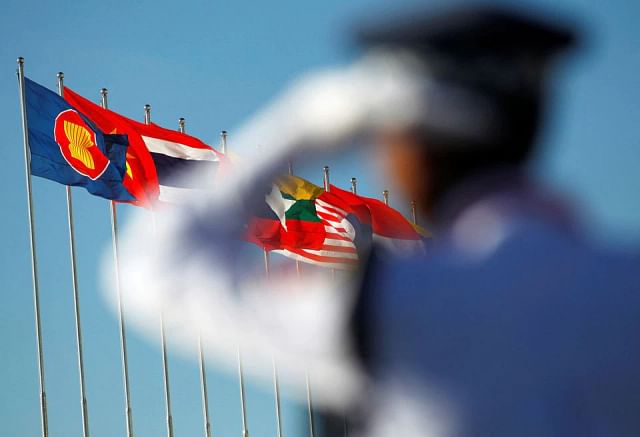 Myanmar junta urges ASEAN envoy not to sit down with opposition

The junta government has called on the special envoy of the regional alliance ASEAN not to engage in talks with those who oppose the military coup in Myanmar, calling it a “terrorist group”. This information was given in the report of the news agency Reuters on Monday.

A military coup took place in Myanmar on February 1 last year. The country’s military seized power in a coup. Several members of the 10-nation regional alliance have called on ASEAN’s special envoy to hold talks with opponents of the coup. The junta of Myanmar has criticized this call.

A meeting of ASEAN foreign ministers was held last week. After the meeting, Indonesia said it was important for the ASEAN special envoy to meet with all parties to the ongoing conflict in Myanmar.

On the other hand, Malaysia called on the ASEAN Special Envoy to hold talks with the Myanmar National Unity Government (NUG). The NUG is made up of members of Myanmar’s ousted government and other anti-junta groups. It is known as the ‘shadow government’ of Myanmar. NUG’s main goal is to restore democracy and release political prisoners in Myanmar.

Myanmar’s foreign ministry has issued a statement in response to the call for a special envoy to ASEAN. The statement said that although some discussions on the implementation of the five points were constructive, the two ASEAN members advised the special envoy of the alliance to engage in talks with illegal organizations and terrorist groups.

A statement from Myanmar’s foreign ministry said that it was against the principles of the ASEAN Charter for a special envoy to hold talks or meet with these groups. At the same time, it undermines the ASEAN Alliance’s counter-terrorism efforts.

Many of Myanmar’s political leaders, including Aung San Suu Kyi, have been arrested in the wake of the military coup. Many went into hiding.

Protests against the military rule in the country have been going on for more than a year. More than 1,500 civilians have been killed by the junta in the protests. Thousands arrested.