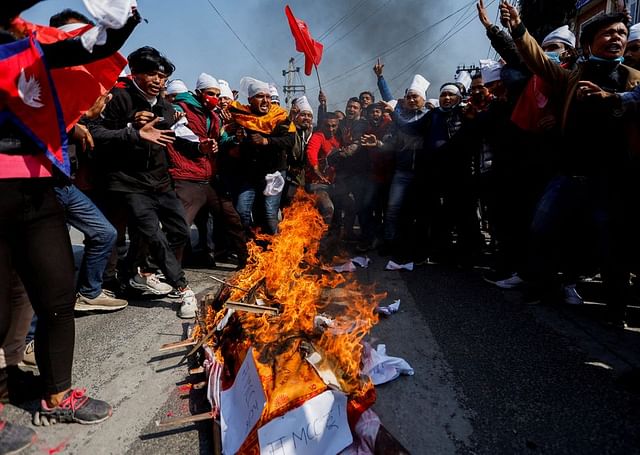 Protests erupt in Nepal over US ৫০ 500 million in aid Police in riot gear stormed a rally on Sunday, removing hundreds of protesters by truck. The US support has split the ruling coalition led by Prime Minister Sher Bahadur Deuba of the Nepali Congress Party. Qatar-based Al-Jazeera reported in an online report on Monday.

In 2016, The Millennium Challenge Co-operation (MCC) agreement with the United States was signed by Nepal. But the two allies of the coalition government, the Communist Party, have been opposing it.

Opponents of the agreement claim that the terms of the agreement go beyond Nepalese law. Besides, Nepal’s sovereignty is under threat due to this agreement. They say the deal is part of Washington’s Indo-Pacific geopolitics. The agreement paves the way for US troops to be sent to Nepal.

But the United States says otherwise. U.S. officials recently spoke with Nepalese leaders after objections to the deal surfaced. They assured that the US grant is only related to the development of Nepal. The grant money will be used to build power transmission lines and improve roads in the country.

Hundreds of protesters took to the streets in Nepal yesterday to protest the deal. At that moment, they removed the barricade and started throwing stones at the police. Several people on both sides were injured when police used bamboo sticks, tear gas and water cannons to disperse the protesters.

Prakash Saran Mahat, a spokesman for the ruling Nepali Congress Party, told AFP that although they had agreed to present the agreement in parliament, it was unclear whether the government’s coalition partners would vote in favor of the agreement. We will continue our efforts to convince them.