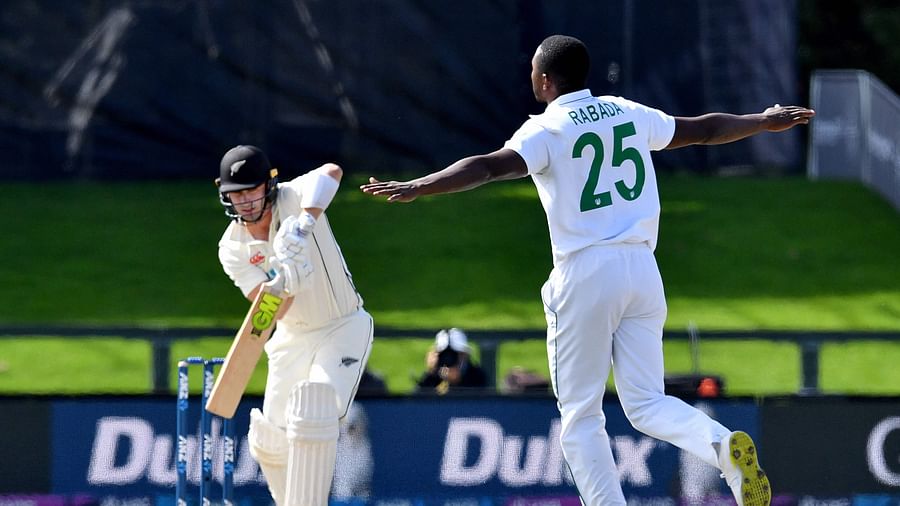 New Zealand will have to win on average

New Zealand will have to face a tough test to win the first Test series against South Africa. They will have to surpass the record for the fastest run in Test cricket. The Proteas set a target of 426 against New Zealand to win the second Test in Christchurch. However, the start of the test was not good at all in New Zealand. At the end of the fourth day, they lost the top 4 batsmen to score 94 runs on the scoreboard.

However, at the end of the third day, South Africa was a little uncomfortable in this Test. After losing 5 wickets for 140 runs, they were worried about whether any big target could be given in front of New Zealand. But on the afternoon of the third day, unbeaten Kyle Verini did not do a great batting. With the last 5 wickets on the fourth day, South Africa’s scoreboard added another 214 runs in 48 overs in Verini’s century. Verini was unbeaten on 136 off 16 balls till the end. He had 16 boundaries and a six in his innings. Verini was assisted by Kagiso Rabada and Wayne Mulder. Rabada hit 46 off 34 balls, hitting four boundaries and sixes; Mulder’s 35 was very slow. In the end, South Africa declared the innings with 354 runs for 9 wickets.

With the bat in hand, the Kiwi bowlers were drowning in frustration and Rabada also carried the initial destruction with the ball. Will Young and Tom Latham returned in two consecutive overs. After losing 2 wickets for 6 runs, Devon Conway showed some way to New Zealand. At the end of the day, he was unbeaten on 60 off 127 balls. Keshab Maharaj also caught a crack in the New Zealand batting line with Rabada. He returned to Henry Nichols (8) and Daryl Mitchell (24). New Zealand still need 332 runs on the last day of the Test to win. Tomorrow, on the fifth day, they will have the opportunity to play at least 90 overs.

Earlier, New Zealand had won by a maximum of 324 runs in Test cricket. That was against Pakistan in 1994. This is Christchurch. But it’s not at Hagley Oval, it’s on another field. Australia chased down a maximum of 201 runs in the fourth innings of the Test at Hagley Oval. The West Indies hold the record for most runs scored in the history of Test cricket. They lost to Australia in 2003 by chasing 418 runs at St. Jones. The West Indies have recently won the Test by chasing a maximum of 395 runs against Bangladesh in Chittagong.