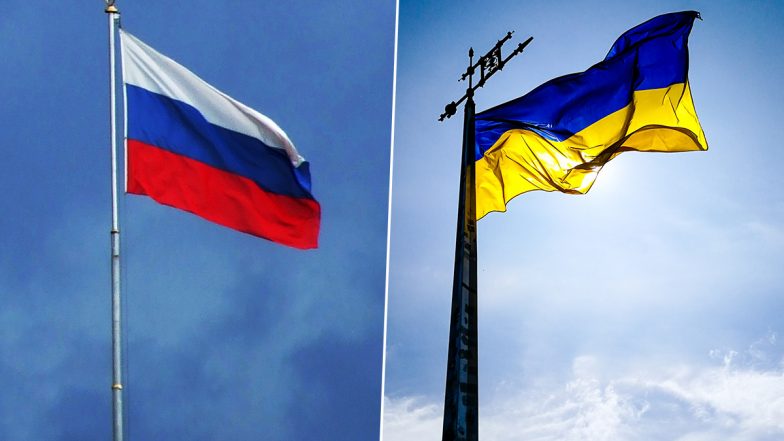 New Delhi, February 24: Antony Blinken, US Secretary of State believes Russia will invade Ukraine within hours after separatists Wednesday asked for Russian help to repel aggression and as explosions rocked the breakaway eastern city of Donetsk. Meanwhile, Satellite imagery taken Wednesday showed new deployments in western Russia, many of them within 16 km of the border with Ukraine and less than 80 km from the Ukrainian city of Kharkiv, Reports said.

Ukraine said that at least seven people were killed and nine wounded by Russian shelling, as per a Reuters report. The casualties are the latest in a series of fast-paced developments that began when Russian President Vladimir Putin announced a military operation in Ukraine early Thursday.

More than 40 Ukrainian soldiers and around 10 civilians died in the first hours of Russia’s invasion of Ukraine, an aide to President Volodymyr Zelensky told reporters on Thursday. “I know that more than 40 have been killed and several dozen wounded. I am aware of nearly 10 civilian losses,” presidential administration aide Oleksiy Arestovych said.

Russian President Vladimir Putin announced military operation in Ukraine on Thursday and he is warning other countries that any attempt to interfere with the Russian action would lead to “consequences they have never seen.” As Putin spoke, big explosions were heard in Kyiv, Kharkiv and other areas of Ukraine. Later, air sirens went off in Kyiv, indicating that the city is under attack.

Shelling has intensified in the east, where Russian President Vladimir Putin has recognised two separatist regions as independent and ordered the deployment of what he called peacekeepers, a move the West calls the start of an invasion.

The Ukrainian government has closed airports in eastern Ukraine from midnight through 7 am (local time) because of the confrontation with Russia.  Russia-Ukraine Conflict: Evacuate Diplomats From Ukraine Soon, Says Russia

Meanwhile, the UN Security Council is holding an emergency session on Ukraine. This is the second meeting on Ukraine in 3 days.

Air India flight AI1947 is coming back to Delhi due to NOTAM (Notice to Air Missions) at, Kyiv in Ukraine in the light of Russia-Ukraine war, news agency ANI reported.

Air India flight AI1947 is coming back to Delhi due to NOTAM (Notice to Air Missions) at, Kyiv, Ukraine. pic.twitter.com/C6OKj7xMF9

President of Ukraine Volodymyr Zelenskyy called for peace in an emotional address to the nation late Wednesday as threat of a Russian invasion grew. Hours after declaring a nationwide emergency, Zelenskyy said he tried to call Russian President Vladimir Putin but Kremlin remained silent.

Russia is claiming that rebels in eastern Ukraine have asked Kremlin for military assistance to help fend off Ukrainian “aggression,” an announcement that immediately fueled fears that Moscow was offering up a pretext for war, just as the West had warned.

Satellite imagery taken Wednesday showed new deployments in western Russia, many of them within 16 km of the border with Ukraine and less than 80 km from the Ukrainian city of Kharkiv.

The US has repeated its warning that Russian President Vladimir Putin will face “significant consequences” if Moscow invades Ukraine. Secretary of State Antony Blinken said he believes Russia will invade Ukraine within hours, and that “everything seems to be in place for Russia to engage in a major aggression against Ukraine.”

Ukraine’s parliament and other government and banking websites were hit with another wave of distributed-denial-of-service attacks Wednesday, and cybersecurity researchers said unidentified attackers had also infected hundreds of computers with destructive malware.

Meanwhile, the US has called on Russia to immediately cease its military action and withdraw all its forces from in and around Ukraine. NATO Secretary-General said that NATO’s defence plans that give our military commanders more authority to deploy forces when needed have been activated. “No NATO troops inside Ukraine. We are increasing the presence of NATO troops in the eastern part of all the alliance on NATO territory,” he added.

The Indian embassy in Ukraine has asked Indians stranded in Ukraine to stay in bomb shelters.

Embassy of India in Ukraine in its third advisory asks Indian nationals to head to bomb shelters if they are at places where air sirens/bomb warnings can be heard pic.twitter.com/YmHGZrnZwt

France President Emmanuel Macron addressed the French nation today. In his televised address, Macron said that France will stand by Ukraine’s side. He added that Russia’s action against the eastern European country will have “durable and deep” consequences for the continent.

EU chief Charles Michel during a media conference at NATO headquarters on Thursday urged Belarus to “not take part” in Russia’s military assault on Ukraine. In an appeal to Belarus and its people, Michel said, “You have the choice not to follow Russia’s destructive action. You have the choice not to take part in this needless tragedy against your neighbours in Ukraine.”

Ukrainian officials said that the Ukrainian army has shot down three Russian helicopters during their attack on Gostomel airport near Kyiv. While Russia says it has destroyed over 70 military targets in Ukraine.

The Russian government on Thursday, in a statement, said that Russia has financial resources enough to maintain the financial system in the light of sanctions and external threats.

European Union (EU) has summoned Russia’s ambassador over the Russian invasion of Ukraine.

Russian troops from the direction of Belarus entered an area near the former nuclear power plant Chernobyl on Thursday, an adviser to Ukraine’s interior minister said. CNN reported that the Russian forces have taken control of Hostomel airport near Kyiv. Parts of Ukraine’s southern Kherson region are no longer under Ukrainian control says the Region administration.

The mayor of Ukraine’s capital of Kyiv ordered a curfew on Thursday in comments shown on television after Russia launched an invasion of Ukraine. Meanwhile, Ukrainian police and the state emergency service said that a Ukrainian military plane was shot down on Thursday and five people were killed amid the Russian military operation.

Russian troops have taken control of the Antonov international airport just outside of Kyiv, CNN reported. Ukraine President said that the enemy is slowly advancing in the Chernihiv region. Russian President Vladimir Putin said that there was ‘no other way’ to defend Russia other than by invading Ukraine.

Russian President Vladimir Putin on Thursday hosted a business summit to discuss the sanctions imposed on Russia by many countries in Moscow. Meanwhile, dozens of people were detained at anti-war rallies in Moscow, Saint Petersburg in the midst of the Russian invasion.

South Ukraine region on Thursday said that nearly 13 civilians and 9 troops have been killed in the Russian Army attack so far.

(The above story first appeared on LatestLY on Feb 24, 2022 08:46 AM IST. For more news and updates on politics, world, sports, entertainment and lifestyle, log on to our website latestly.com).