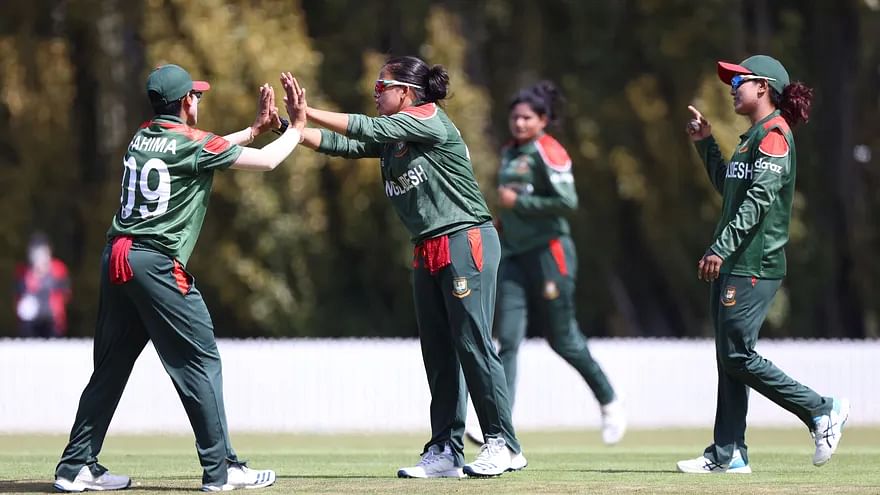 Undoubtedly, the target of 311 runs is much bigger. But that does not mean that the goal cannot be achieved. If a few batsmen could do their job properly, if they could play as a pair, maybe the preparation for the World Cup would have started well for the girls of Bangladesh. That did not happen. Nigar-Farzanara lost by 109 runs in the preparation match of ODI World Cup against England girls. Sharmin Akhter, who came down to bat at number three, fought alone in the losing match. The 61-run innings off 137 balls has only narrowed the gap, prolonging England’s victory.

Bangladesh won the toss and elected to field. England made 310 runs in 50 overs after batting first. The lion’s share of the run came from the first five batsmen. Opener Laura Winfield-Hill (55) has scored a half-century, but the biggest work has been done by number four batsman Nat Sewer. Sever played a great innings of 107 off 101 balls. Tammy Bemont (36), Heather Knight (26) and Amy Jonesrao (22) have also contributed to the large collection. From the beginning, the girls of England started batting with a bang. Bangladesh got a taste of the first wicket in the 14th over thanks to Nahida Akhter, while Winfield-Hill and Beymont scored 71 runs in the opening over. After a while, Winfield-Hill also returned to Lemw with Ritu Monir on the way to Beaumont.

This time, Sewer started scoring runs with Knight and Jones. Knight and Jones where the main character was in the role. Before being dismissed as the seventh batsman to score a century, Sever brought the team a score of 300 runs. England lost 9 wickets in 50 overs and stopped at 310 runs. Nahida Akhter took 3 wickets for Bangladesh, Suraiya Ajmin and Ritu Monir took two wickets each. Rumana Ahmed and Lata Mandal took one wicket each. Sivar’s most adorable wicket went to Rumana.

In reply, Nahida Akhter was left alone at one end. He scored runs like himself, and saw the procession of his teammates coming and going. Bangladesh stopped with 201 runs in 49.4 overs. Apart from Nahid, only opener Shamima Sultana managed to score 30 runs (33), while the rest could not score even 20 runs. Sever, Freya Davis and Charlie Dean took two wickets each for England, one wicket each for Knight, Kate Cross and Sophia Dunklier.

On March 2, Bangladesh girls will play the second warm-up match against Pakistan girls.