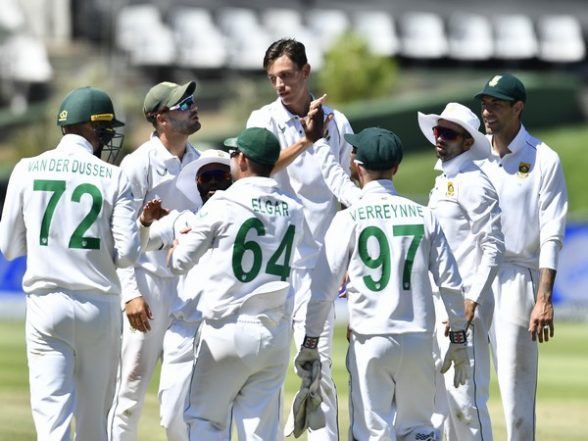 Kagiso Rabada and Marco Jansen were the standout performers with the ball in the final innings as South Africa defeated New Zealand by 198 runs in the second Test. With this win, South Africa levelled the two-match series at 1-1.

“It (electing to bat first) was a bold decision, luckily it paid off for us. This is a big one (win) playing away from home. Being one down and to bounce back. We needed to rise up and level the series. We got a long flight home, we have a lot of time to reflect on what happened. Our basics of the game went out of the window in the first game. We have shown in the past that we have a lot of characters in the team,” said Elgar after the final day.

Resuming Day 5 at 94/4, Devon Conway and Tom Blundell kept New Zealand in the game and the duo mixed caution with aggression to help the hosts. In the first session, South Africa was able to take just one wicket as Lutho Sipamla got the better of Conway (92).

However, in the second session, the complexion of the entire game changed as South Africa took wickets in a hurry and once Blundell (44) lost his wicket, New Zealand’s innings went completely downhill.

In the end, the hosts were bundled out for 227, handing South Africa a 198-run win. For the Proteas, Kagiso Rabada, Marco Jansen and Keshav Maharaj returned with three wickets each. (ANI)