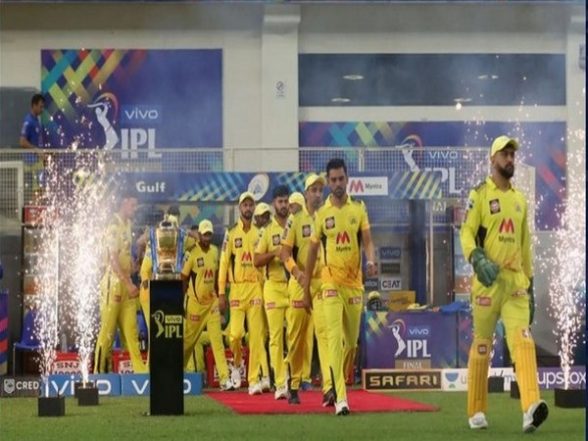 IPL 2022 will kick start on March 26 and the final of the tournament will be played on May 29.

“Yes, KKR and CSK will play the tournament opener on March 26. Maharashtra government has also given permission for having a green channel for all the teams and this will help them avoid traffic when they leave their hotel for matches or practice,” Sources in the know of developments told ANI.

The source also confirmed that about 25 per cent crowd will be allowed for the initial matches of the IPL 2022.

“25 per cent crowd will be allowed for the initial matches and the capacity can be increased after the Maharashtra government gives its go ahead,” the source added.

KKR and CSK had last played in the IPL 2021 final which the MS Dhoni-led side won.

The 10 teams will play a total of 14 league matches (7 home matches and 7 away matches) totalling to 70 league matches, followed by the 4 playoff matches. Each team will play 5 teams twice and the remaining 4 teams only once (2 only home and 2 only away. (ANI)