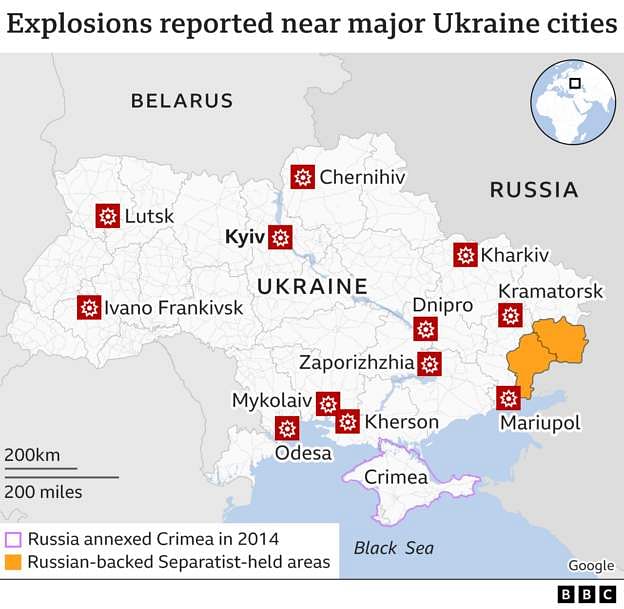 Monday marks the fifth day of Russia’s military operation in Ukraine. According to a report in the BBC, the early hours of the morning in Kiev, the capital of Ukraine, were marked by an air strike warning. Many of the city’s residents are still living in underground shelters to escape the bombing. Explosions were also reported in several Ukrainian cities, including Kiev, overnight on Sunday.

Ukraine claims to have stopped a series of Russian offensive attempts targeting the capital, Kiev. “We have shown that we can protect our motherland from unwanted visitors,” Colonel General Alexander Sirsky, commander of Ukraine’s armed forces, said in a statement this morning.

Meanwhile, a photo published on social media last night showed a Russian missile attack on a residential building in the Chernihiv area. Soon after, the building caught fire.

The Russian offensive in Ukraine continues for the fifth day. However, Russian troops are facing resistance in various parts of Ukraine. Fighting is raging between the two sides on the way to several cities.

Yesterday, Russian forces entered Kharkiv, Ukraine’s second-largest city, but were repulsed by Ukrainian authorities. They have also announced the liberation of the capital Kiev from Russian forces.

Ukraine claims that 4,300 Russian soldiers were killed in the war. Although Moscow has acknowledged the casualties, it has not commented on the details.