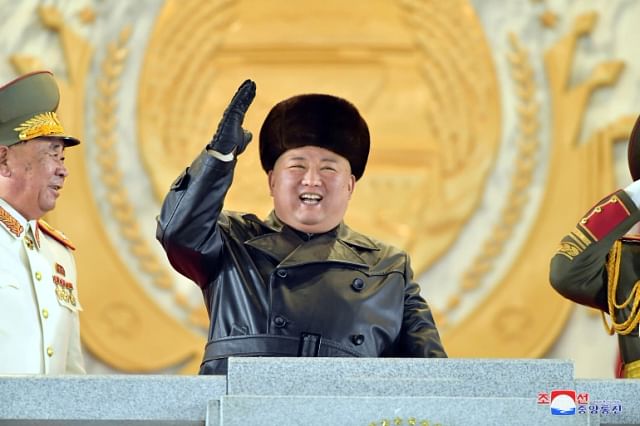 The four incidents that caused the war in Ukraine went unnoticed

The military operation in Ukraine began last Thursday at the behest of Russian President Vladimir Putin. The only discussion in the world after that was about the Ukraine war. But four more notable incidents have occurred in the world, according to Qatar-based Al Jazeera.

Japan’s Defense Minister Nubuo Kishi said the North Korean missile went about 300 kilometers away and hit the sea outside North Korea’s north coast and Japan’s special economic zone. The missile is capable of hitting targets at a maximum distance of 600 km.

The Japanese Defense Minister said that no ship or warplane was damaged in the sea by the missile fired by North Korea.

Nubo Kishi told reporters: “The international community is not thinking much about Russia’s military aggression in Ukraine. If North Korea is deliberately misleading by launching missiles, then such an act is absolutely unforgivable.

Meanwhile, South Korean officials have also expressed deep concern over the launch of a North Korean missile from the capital, Pyongyang.

Tensions between the two neighbors have risen since the Taliban returned to power in Afghanistan in August last year. Pakistan alleges that armed groups are planning attacks on Pakistan using the Afghan border. During this period there have been several attacks from Afghanistan to Pakistan.

However, it has denied allegations that Pakistani armed groups are helping militants. Islamabad has built fences along their 2,600 km border. This line drawn during the colonial period is known as the Durald Line. This is the international border between Pakistan and Afghanistan.

14 shot at Sisa Cafe in Las Vegas
Last Saturday, 14 people were shot at a lead cafe in Las Vegas, USA. One died. The condition of the two victims is critical.

Police Captain Dori Coren said preliminary evidence suggests that two people shot at each other during a party at the cafe, resulting in casualties.

No arrests have been made so far and no immediate suspects have been identified, Capt. Dori Koren told reporters.