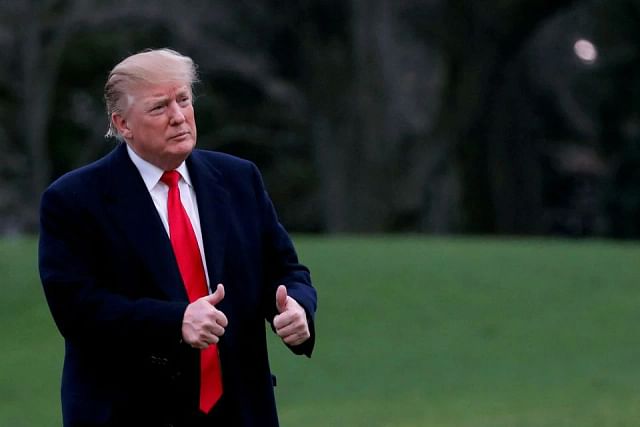 Trump’s ‘Truth Social’ is available in the Apple Store

The then US President Donald Trump was banned on social media Twitter and Facebook for allegedly inciting the attack on Capitol Hill on January 8, 2021. He then announced the launch of a social network called ‘Truth Social’. That app is now available in the Apple Store.

According to a report by the news agency Reuters, the Truth Social app will be downloaded from the Apple Store from Sunday night US time. Those who have downloaded the app, they have given this information. For those who ordered the app before launch, the app is automatically downloaded to their phone.

Trump Media and Technology Group (TMTJ) will run the social network called Truth Social. The beta version of the app for ‘invited guests’ was launched in December last year. TMTJ has announced plans to launch subscription videos in the app. There will also be entertainment programs.

After being banned on Twitter, Facebook and Instagram, Trump said, “I am launching TMTJ and Truth Social to reduce the monopoly of big technology companies.” A large part of the Taliban has a presence on Twitter. But your favorite US president (Joe Biden) is silent on the matter. That is unacceptable. ”

Earlier in May of that year, Donald Trump launched a blog called From the Desk of Donald J. Trump. However, a month later, he removed it from the Internet. Former Trump official Jason Miller launched a social network early last year. But Trump did not join.

Trump has announced that he will run in the 2024 presidential election. The former US president wants to send a strong message to the opposition as well as to inspire his supporters through these new apps.