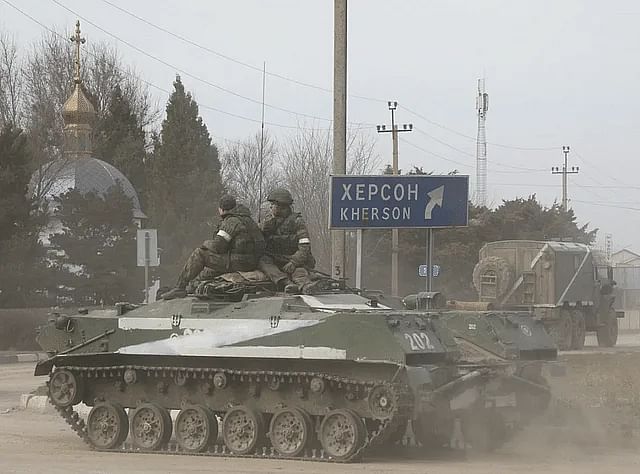 In the five days since the start of the Russian military operation, 5,610 Russian soldiers have been killed. Ukrainian military officials have made the claim. News from the BBC.

In a video message posted on Facebook, a spokesman for Ukraine’s army chief claimed that Ukrainian forces had captured more than 200 Russian troops. In addition, the Ukrainian army is demanding the destruction of 198 Russian tanks, 29 aircraft, 747 armored vehicles and 29 helicopters in a five-day armed struggle. However, a statement from Ukraine’s military chief said the allegations could not be immediately verified.

Satellite imagery of Russia’s 40-mile-long armored fleet has been captured. The fleet is slowly advancing towards the Ukrainian capital Kiev. There are tanks and armored vehicles with the army personnel in that fleet. Russia has begun bombing Kiev-affiliated areas shortly after the photo was released. Kiev attack siren is sounding. Fighting continues in Kharkiv, Ukraine’s second-largest city.

Former Russian Deputy Foreign Minister Andrei Fedorov has said that President Putin wants to end the campaign with a victory on March 2. Only time will tell whether the 40-mile armored fleet on Tuesday will signal the end of mid-March.