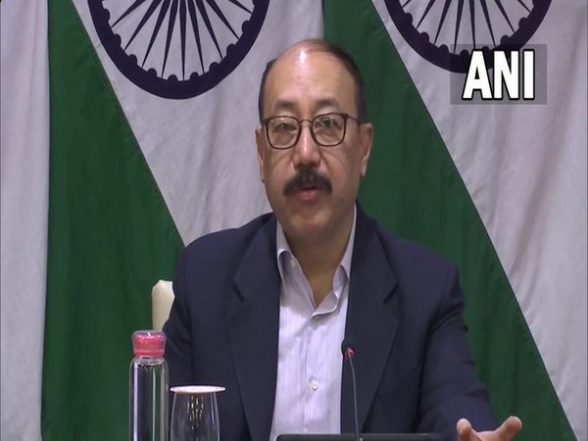 World News | India in Touch with International Committee of Red Cross in Geneva for Needs of Citizens Stranded in Ukraine: Shringla

New Delhi [India], February 27 (ANI): Sharing the details of Indian Nationals stranded in Ukraine, Foreign Secretary Harsh Vardhan Shringla on Sunday said that India is sending more people to Embassies to facilitate the evacuation process as well as in touch with the International Committee of the Red Cross in Geneva.

“The Permanent Representative in Geneva has spoken to the president of the ICRC. He added that ICRC is commencing its operations in Ukraine and India have told them that they should be cognizant of the needs of our citizens and wherever possible escort them out,” Shringla said in a press conference.

“We have also shared with the ICRC the location of the main areas where our communities are centred,” he added.

He explained the overall plan of evacuation with the help of a map and said that 2000 Indian citizens are in Kyiv, the numbers are larger but many of them have begun to move Westwards.

“We have established centres along the path while moving to the border points so requesting the students to follow the advice,” Shringla said.

“India is also sending more people to Embassies to facilitate the evacuation process. The Foreign Secretary also shared that people should stay in shelters in conflicted areas like Sumy, Kharkiv, Odesa,” he added.

He stressed that two flights will be leaving tonight and tomorrow and a range of flights have already been scheduled.

“With the cooperation of the Ministry of Civil Aviation we have arranged aircraft for the evacuation,” he assured.

He reiterated that under the guidance of Prime Minister Narendra Modi, we are doing everything possible. “India has also sent a team from Embassy in Moscow to the border areas to prepare for the eventuality of evacuation there,” he added.

Shringla said that India has asked for support from Russian Foreign Minister Sergey Lavrov and he has assured that everything possible will be done for Indian citizens.

Replying to a question, of whether India could provide a neutral venue for talks between Ukraine and Russia, Shringla said, “we have been engaged with all parties and EAM is in touch with a very wide range of Interlocutors and we urge for the diplomatic path.” (ANI)