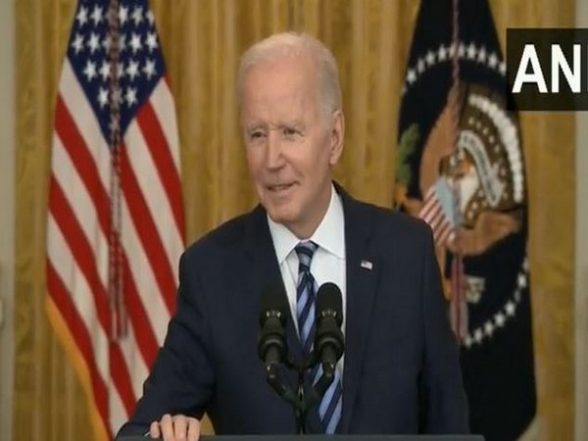 World News | US in Consultations with India on Situation in Ukraine, Says Biden

Washington [US], February 25 (ANI): US President Joe Biden, while addressing the nation on Thursday (local time), said that the US is in consultations with India over the Russia-Ukraine crisis.

Replying to the questions whether India is with the US over the Ukraine crisis, Biden said, “We are in consultation with India today, we haven’t resolved that completely.”

Earlier today, India’s Prime Minister Narendra Modi urged an end to violence in Ukraine during a call with Russian President Vladimir Putin, the Indian government said in a statement on Thursday.

“(The) Prime Minister appealed for an immediate cessation of violence and called for concerted efforts from all sides to return to the path of diplomatic negotiations and dialogue,” the government said.

Foreign Secretary Harsh Vardhan Shringla on Thursday said India will wait to see the final shape of the UN Security Council resolution on the Ukraine situation before taking a position.

“The possibility of UNSC resolution that would be tabled on the evolving situation, we have seen a draft resolution. I am told that would undergo considerable changes. We will wait to see the shape that this resolution takes before we can pronounce ourselves in the position that we will take on this issue,” Shringla said at a media briefing here in response to a media query.

He said it is an evolving situation both on the ground and in the United Nations. (ANI)