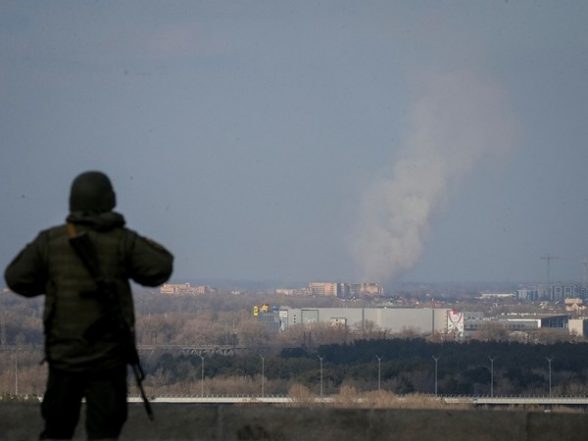 Washington [US], February 26 (ANI): US President Joe Biden on Friday authorized a sanction of USD 350 million to Ukraine for procurement of Defense equipment and imparting military training and education.

Authorization was also given to the secretary of state to sanction up to USD 250 million in assistance, if “it is important to the security interests of the United States,” a Memorandum issued by the White House said.

The aggregate assistance to Ukraine by the US is to the tune of USD 600 million.

This comes when Ukraine is under significant pressure, as Russian forces appear to be closing in on Keiv. They have entered the Obolon district in the north of the city, just a few miles from its centre, according to the Ukrainian defence ministry as reported by CNN.

Kremlin on Friday said that Russian President Vladimir Putin is ready to send a delegation of high-ranking officials to Minsk to hold talks with Kiev.

NATO said in a statement that it will continue to coordinate closely with relevant stakeholders and other international organizations including the European Union (EU). (ANI)