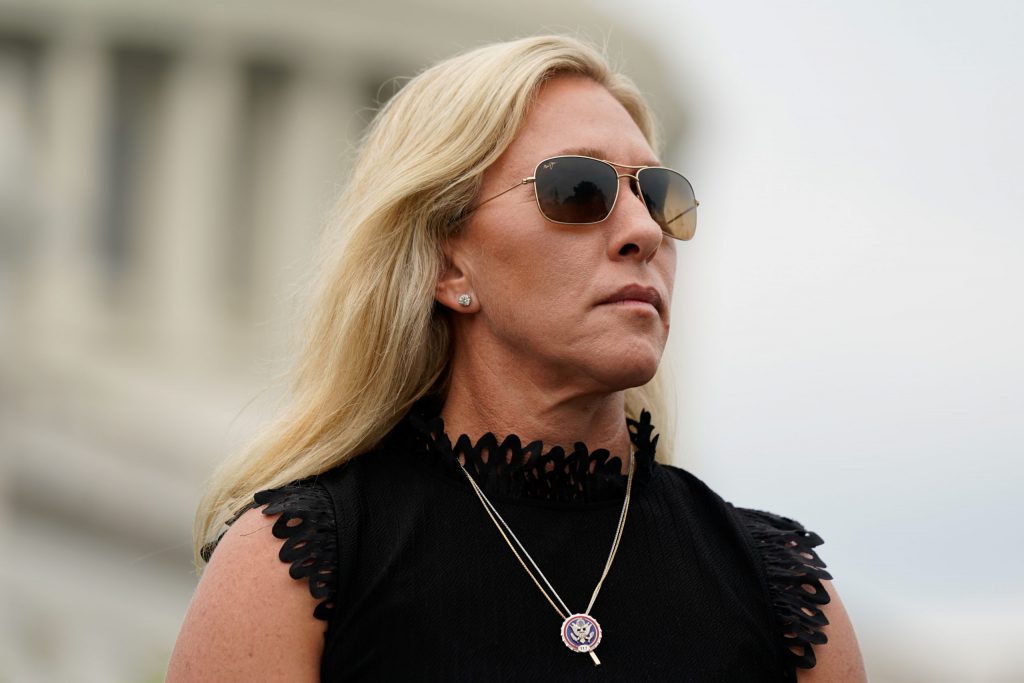 Rep. Marjorie Taylor Greene spoke at a white nationalist conference where Putin got a round of cheers for invading Ukraine.

Fuentes also said that comparing Putin to Hitler is a good thing:

(Sorry folks, trying to get that quote accurate and he mumbled.) pic.twitter.com/7eOV4T9GrP

Greene, Rep. Paul Gosar, and the usual assortment of Republican white nationalists spoke at the event.

The difference between then and now is that those far-right white nationalists have taken over the Republican Party.

The Russian invasion of Ukraine has shined a light on the anti-democratic movement in the United States.

Marjorie Taylor Greene is a vocal supporter of the domestic terrorists who carried out the 1/6 attack and has made no secret of her love for Putin and Trump.

The white nationalist Republicans are set to become an even bigger threat to the country if Democrats don’t show up to vote in November and Republicans capture the House majority.

White nationalists and autocrats are cheering Putin. The war for democracy isn’t just in Ukraine. It is also being fought at home in the United States.